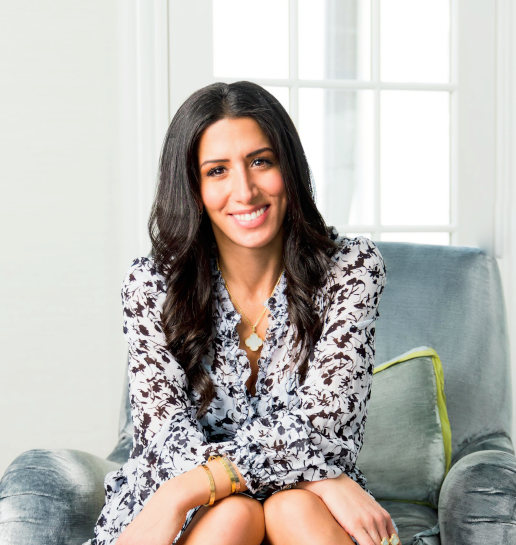 DARCI PINELLO is no stranger to hard work. When she was 16 years old, after one too many fender benders with her car, her Dad put her to work at the family’s Chicago restaurant—Tufano’s.

“I think he was trying to teach me a lesson by making me a get a job,” Pinello says with a laugh. “Little did he know how much I would love working at the restaurant.”

Pinello waited tables at Tufano’s—a Chicago institution since the 1930s that was started by Pinello’s paternal grandmother—all through high school and college.

“After I graduated from Depaul [University], I became the manager at the restaurant with my twin sister. I loved it, she did not,” she says. “My sister went on to law school, but I started taking on more and more things for Tufano’s like ordering, catering, and party planning. I was the first one to really type up our order forms—until then, everything had just been written by hand. I loved it and thrived on being busy.”

One night in 2010, Pinello happened to be working the dinner shift and the restaurant was buzzing with customers grabbing a bite before the Blackhawks first playoff game for the Stanley Cup. Her future husband happened to be among them.

“Phil told me that he had an extra ticket to the game and asked if I wanted to go with him,” she recalls. “I told him that I could get my own ticket and didn’t need his.” But thankfully, he wasn’t deterred by her brush off, returning the next week and asking for her number.

The Pinellos have been married for seven years. 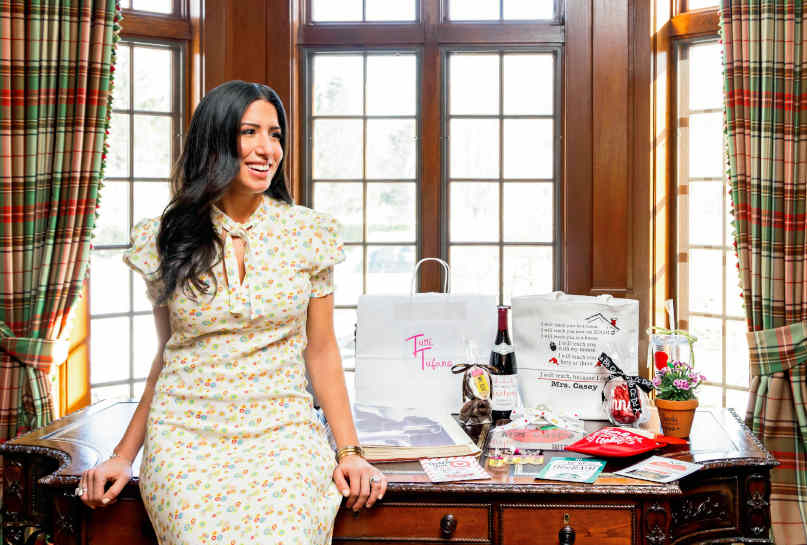 Even though the newlyweds bought a home in Lake Forest, Pinello continued to make the daily trip to Tufano’s until she had her first daughter Sophia.

“I had to cut back my hours,” she says. “I couldn’t work the way I did before, so I went to just managing. My Dad is so good and allowed me the freedom to do that.”

Pinello settled into a nice routine with her first daughter and then her second, Francesca, working at the restaurant two days a week. All was well until the pandemic hit.

“Everything just shut down,” Pinello remembers. “It was OK at first, being at home with the girls and doing things we didn’t have time for before when I was working.”

But when the opportunity to become a room mom in Sophia’s class presented itself, Pinello jumped at it.

“I was ready to be busy again and the class Christmas party was the first real thing I got to help with,” she says. “I made a gift for each child and personalized bags with their names on them.”

By Valentine’s Day, Pinello’s skills with vinyl transfers were refined to the point that each child received multiple items at the class party with their names on them and other parents were starting to take notice.

“They asked me where I bought them and I said I made them,” she says. “Then the teacher asked if I might be able to help her with a project and it ended up being my first big order. I made her 24 personalized buckets.”

Soon after this bucket project, Tufano’s was able to reopen for indoor dining and Pinello was asked to plan a large corporate party for a long-time customer.

“She really wanted to celebrate that she was able to gather people again and she asked if we could give guests a party favor with Tufano’s name on it to remember the evening,” Pinello says. “I told her that I wouldn’t only help her plan the party from start to finish, but I could also make the favor. I’d been making shirts and quarter zips with our logo on it for our restaurant team, so making a Tufano’s favor was no problem.”

It was then that Pinello realized she could turn this creative outlet into a business and Tutti Tufano was born.

“Tutti means ‘all things or everything’ in Italian, so Tutti Tufano means ‘all things Tufano, and then some’,” Pinello says. “I wanted to incorporate Tufano’s because my idea was that this could be a sister company to the restaurant. Tufano’s is where my true heart and soul are.” Word spread quickly the Tutti Tufano was open for business. A perfectionist, Pinello does all of the personalization herself.

“It’s so nice to work with clients to help them come up with an idea for a party favor or customize something they bring to me,” she says. “One of the most fun projects was personalizing tank tops for my babysitter’s tennis team. I understand the need for a quick turnaround. I think that’s why people like working with me.”

As life continues to return to a more post-pandemic normal, Pinello juggles her home life with the restaurant and a steadily growing Tutti Tufano—because she truly believes that there’s nothing more special than receiving a gift with your name on it.

“I’m not a person who says she can do it all,” Pinello says. “But whatever I do, I will give it my all.”

To learn more about Tutti Tufano or to place an order, visit Pinello’s Instagram page @tuttitufano.