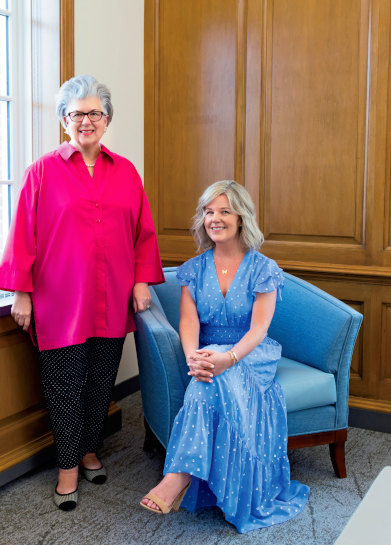 More than 2,000 people who had been a part of a blessed event at the hospital showed up at the annual bash in 1997. Parents/former maternity class students mingled and caught up across the lawns of the hospital’s campus. Children rode ponies and cavorted in ball pits.

The Women’s Board—now known as the Women’s Board of Northwestern Lake Forest Hospital (NLFH)—plans to throw another celebration on May 7, but don’t expect to see a sea of bibs and pacifiers. Or face-paint stations. Or Whee!-inducing rides.

The Women’s Board will commemorate its 75th anniversary with a gala (cocktail attire) at Onwentsia Club in Lake Forest. The vital group’s 2022 benefit is billed as a “Journey Through Time” celebration of the Board’s past, present, and future, featuring cocktails (6 p.m.), dinner (7:30 p.m.), a live auction, a raffle, a paddle raise, and music by High Society Orchestra. 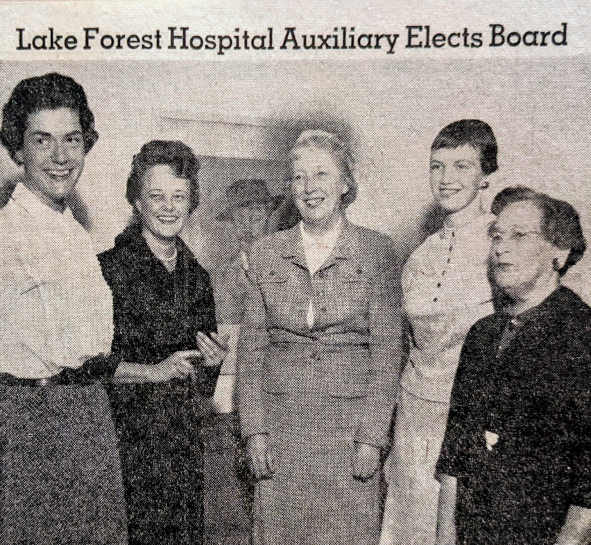 “It will be a spectacular event, honoring the rich history and numerous accomplishments of the Women’s Board, which has always been a strong group of women committed to the hospital and community,” says Andra O’Neill, a gala co-chair with Lisa Abdula and Rachel Baker. “We give back.

“We make a difference.”

And how. The Women’s Board raised $4 million earmarked for the expansion of Lake Forest Hospital in 2018. It has pledged $1 million for the soon-to-be-completed, 14,000-square-foot Simulation and Education Center at Northwestern Lake Forest Hospital; the aim is to generate a substantial portion of that pledge at this year’s gala for a state-of-the-art center that will provide an innovative, educational environment for healthcare professionals at all levels, including hospital staff members, nursing students, first responders, and community partners.

“It is impressive to think that for the last 75 years the women of our community have given so much time and effort and financial support to the hospital,” says Women’s Board sustaining member Maddie Dugan, whose mother, Helen Dick Bronson, joined the Women’s Board in 1946 and later served as its president for three years.

“Lake Forest Hospital is a better place for our friends and neighbors because of the Women’s Board’s support,” adds the woman who chaired the Baby Alumni Party, the Holiday Boutique, the Hospital Benefit (twice), and serves on the Grants and Scholarship committees. “Our grants program is the vehicle through which we can support operations in the hospital that are not covered by the hospital’s operating budget.” 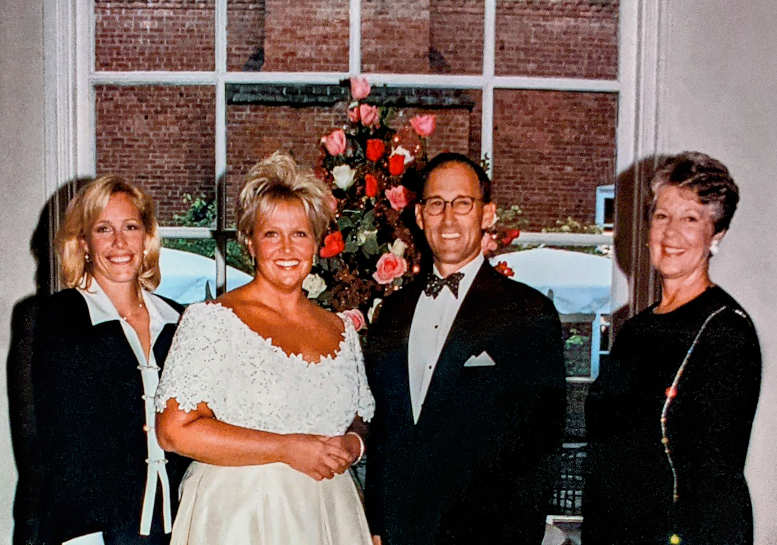 The Women’s Board has awarded more than 1,000 healthcare scholarships since its inception. The mission of the Women’s Board of Northwestern Lake Forest Hospital—comprised of more than 140 talented and committed active, honorary, and sustaining members—is to support the hospital through fundraising, volunteerism, education, and advocacy. Its activities seek to enhance the facilities and services of the hospital, helping to ensure that the highest quality of healthcare is available.

Lake Forest’s very first hospital was named after a woman. Alice Home, a cottage hospital that stood on the campus of Lake Forest College, opened in 1899. A donation from Annie Durand funded the construction of the building; Durand then named it after her late sister, Alice Bursdal Burhans.

Eight women, including founder and first president Marion “Mimi” Warner Hodgkins, gathered in Lake Forest to hold the first Women’s Board meeting on June 27, 1946. A consummate leader described as a “woman ahead of her time” in a Chicago Tribune obituary, she had volunteered at the hospital during World War II. She was the enduring force of the Women’s Board—as it morphed from Lake Forest Hospital partner into the hospital’s indispensible phalanx of strong, influential, community-minded women—until her death at age 96 in 2000.

“We are still supporting the vision Mimi Hodgkins had for the Board all those years ago,” says Women’s Board President Lindsay Nero. “There’s so much to celebrate as we look back at the legacy of our group and recognize the lasting impact the Women’s Board continues to have on both the hospital and the community.

“We’re lucky we live in a philanthropic community like Lake Forest, and we’re blessed to have the generous support we’ve received at our events and through donations. It’s going to be exciting, this year’s benefit, because we haven’t had an in-person benefit since 2019.”

Past Women’s Board President Sue Skinner, who served at the helm from 1984-1986 and also worked as director of volunteers and as director of philanthropy for a combined 20 years at the hospital, has been an avid Lake Forest Hospital fan for decades. She vividly remembers, as a committee member, the day an architect explained his firm’s plans to enhance the hospital’s presence during a meeting.

“You should have heard him share the details with us,” says Skinner, who joined the Women’s Board in the late 1970s, after first volunteering at the hospital in 1972. “Every detail, every step, was top quality. The look of the streets of Lake Forest, the city’s ravines—those characteristics influenced the proposed designs he presented to us that day. Every little detail was important; no compromises.

“Lake Forest Hospital,” she adds, “has always been similarly focused. Nothing is as important to the hospital’s administration than seeing to it that the patient, every patient, has a positive, welcoming experience at the hospital every step of the way.”

Members of the hospital’s Women’s Board subscribe to such an admirable standard, too, year after year.

“Our mission,” Skinner says, “is very, very simple. It’s to support the hospital in any way possible. All of us serve enthusiastically because, by doing so, we’re emulating Mimi’s dedication to not only the Lake Forest Hospital but to the entire community as well.”

Visit lfh.org/womens_board for more information about the Women’s Board of Northwestern Lake Forest Hospital and to purchase tickets for its 75th Anniversary Gala on May 7, at Onwentsia Club in Lake Forest.