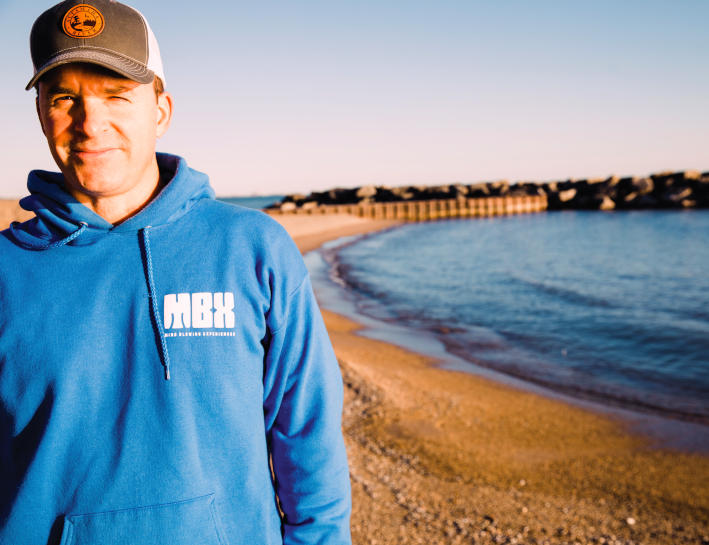 A WEEK AFTER Thanksgiving in 2020, Scott Carter was in an emotional rut and having a hard time picking himself up. While chatting with his friend, Rich Hill, and describing his state of mind, Hill suggested Carter should head down to Rogers Park, where Hill lived, some morning soon at 5:30 a.m. And that he wear his swimsuit.

Early in December, Carter did just that. It would be the beginning of a positive change to Carter’s mental and physical health, and ultimately the health of other Lake Forest and Lake Bluff residents as well.

“When Rich told me what we were about to do, I thought, ‘Oh gosh, I don’t know.’ But then I was like, ‘What the heck? Let’s go for it. What do I have to lose?’” Carter says. “I was definitely skeptical. I was nervous going down there because it was cold. The weather was cold, and the water was in the forties.”

A coach by profession, Hill talked Carter through the process of cold-water immersion, a common practice in many countries across world and gaining popularity in the U.S.

“We went in, and sat in the water for a few minutes, and I got out and I was just turbocharged emotionally and physically,” Carter says. “I had just sat in freezing cold water for a short time and I’m on cloud nine. I never expected it. I just thought it was going to be a checked box, but I trust Rich and the whole rest of my day was different.” 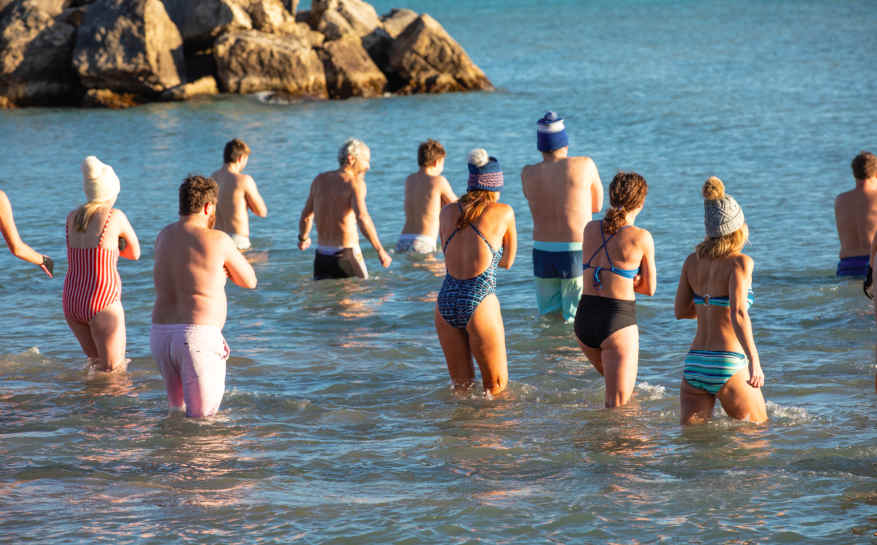 Carter was hooked. He took a few more dips in Lake Michigan at Lake Forest Beach, just to work through the process on his own, and it had the same effect. He rang up three of his friends and asked them to join him, telling them of the amazing effects he was experiencing. Then more joined, including friends from Lake Bluff. Lake Forest Plungers was born.

“There’s a good 30 people who show up at some point throughout the week, many of whom show up multiple times,” Carter says. “I’m there between three and five times a week.” It’s difficult to pinpoint when “polar bear plunges” were invented, but some sources point to civilizations dating back to ancient Greece and Rome understanding the benefits of dipping one’s body in water of varying temperatures, both cold and hot. 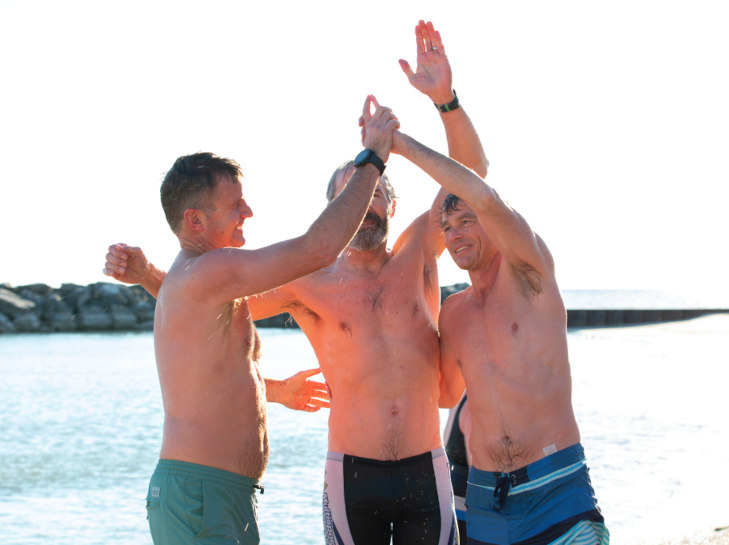 “The benefit is the type of people the group attracts. They’re all just extremely positive and supportive, and you go into the day with this jolt of optimism,” Carter says. “That’s a byproduct of the experience that it attracts this group of people who are authentic, vulnerable, and supportive. That part is just cool.”

Carter says it’s necessary to the process, especially on very cold day when conditions may be icy, to get one’s mind right and ready. 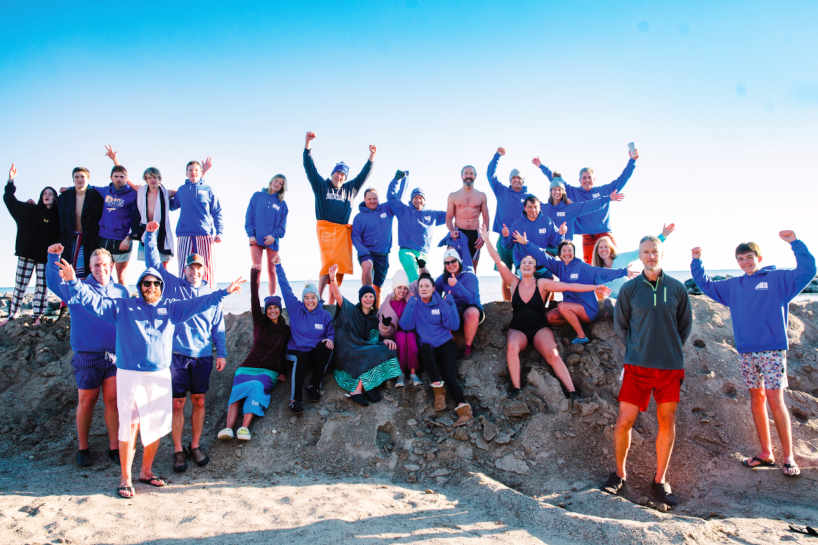 Carter says conquering one’s fears, first thing in the morning, leads one to think about what else they might be able to achieve the rest of the day. That the group got started during the pandemic was a fortunate irony.

“I have four kids and at the time one of them was having a tough time,” Carter says. “He totally latched onto it, and we would get up in the morning at 5:30 or 6 and go down to the lake together and it really changed his life. He got in shape and got better emotionally. All of a sudden he’s training for a marathon.”

One value Lake Forest Plungers lives by is that the group remains open to anyone. Aspiring plungers just have to show up Lake Forest Beach. The group posts its schedule on its Instagram page and there’s also plenty of word of mouth. It’s a welcoming bunch.

“Whenever a new person comes down, someone kind of takes them under their wing and works with them on mindset and reminds them to put their hands under their armpits so they don’t freeze their fingertips,” Carter says. “We love when new people come. It’s very rewarding to watch people doing it for the first time and see the effect it has on them.”

Carter says very few people take the plunge just once. Most come back. And plungers that travel, say, for the holiday, find a local watering hole. It’s a powerful and rewarding routine

“Over Thanksgiving our crew traveled. They went all over the country and many people were plunging from wherever they were,” Carter says. “From Southern California to Wisconsin and Minnesota. It becomes a part of your day.”