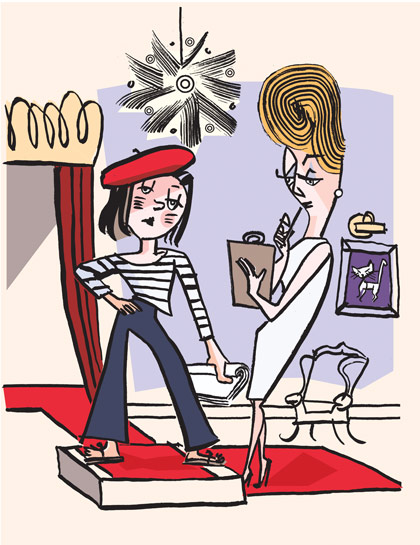 THE FIRST HOUSE we lived in in England was a two-hundred- and-fifty-year-old row house, tiny, but tall. Our so cute, traditional English kitchen was in the basement. Stone stairs, wonky and well worn, rose to the first floor where there was a cramped entrance hall and ‘lounge’. The loo on that level was so small, just pulling your knickers up and down was physical comedy that you’d swear you’d seen on a Mr. Bean episode. The toilet had a handle that required pumping until enough suction built up to flush. You think it is hard getting boys to flush a toilet in the USA? Let me tell you. Try training boys to pump a toilet handle. It was a nightmare. Upstairs were two bedrooms and a ‘box’ room. The ‘box’ room fit only a crib and a tiny dresser. In the bedroom at the tip-top of the house, there was a skylight on the slanted ceiling that popped open offering spectacular views of the city ~ like soaring the sky in Willie Wonka’s glass elevator.

I spent the first nine or ten months of our time in England drunk on charm and the fragrance of climbing roses that grew like wildflowers covering the brick wall of our back garden. One neighbor played classical music on the piano, the notes drifted sleepily through the thick stone walls. We shared another wall with an old church. Their choir sounded like angels. French wine sipped in sidewalk cafés zapped my ambition. I floated through those first ten months like I was starring in a rom-com.

England’s quirkiness was endearing. Every day, the postman made his rounds on his official red bicycle. It was heart-stoppingly iconic. He’d stop at our house and drop the post through the door onto the doormat below. I’d sigh with the delightfulness of it all, collect the post, and toss the envelopes into a pile to read later. The Brits are obsessed with these vaguely recycled-looking, grainy brown envelopes that look harmless, like junk mail. By the time I gave them much thought, I had collected an impressive pile of these brown envelopes, addressed to me specifically.

Eventually, my collection of brown envelopes kept spilling over and became impossible to contain. I finally sat down to open the pile of brown envelopes one rainy morning, a cup of tea in hand, fully expecting a pile of circulars from the vicar. Instead, it became very clear, very quickly, that the bailiffs were only moments away. Apparently those speed cameras I zipped past all the time weren’t dummies. They were real. Apparently, I had accumulated about a gazillion speeding tickets and I had not paid one. Apparently, a court date had come and gone and I had been was blissfully unaware. Apparently, Her Majesty’s Courts Service was quite displeased with me.

And that, my friends, is when I snapped back into the real world.

There is an art to reconciling fantasy and the often alarming reality of life. Sometimes, it seems as if fantasy should remain a fantasy: the gap between what is heavenly in your head and what is likely to happen in the real world are simply too far apart. I hate to dismantle dreams, but I wonder what it might look like this month if we tossed out our Hallmark channel fantasies and instead embraced reality. What if we moved slowly and savored what is? What if we stopped ‘shoulding’ on ourselves? Or comparing ourselves to others? Holy smokes, what if we had some fun?!

Merry Christmas! May you do the best you can with the energy you’ve got.

For more information or to be in touch check out T-Ann’s websites: t-annpierce.com and theconfidencetriangle.com. She’s on Insta @tannpiercecoaching and @the.confidence.triangle. If you attended Wendy Ward, please DM T-Ann immediately and tell her what you’ve been doing with your legs all these years.