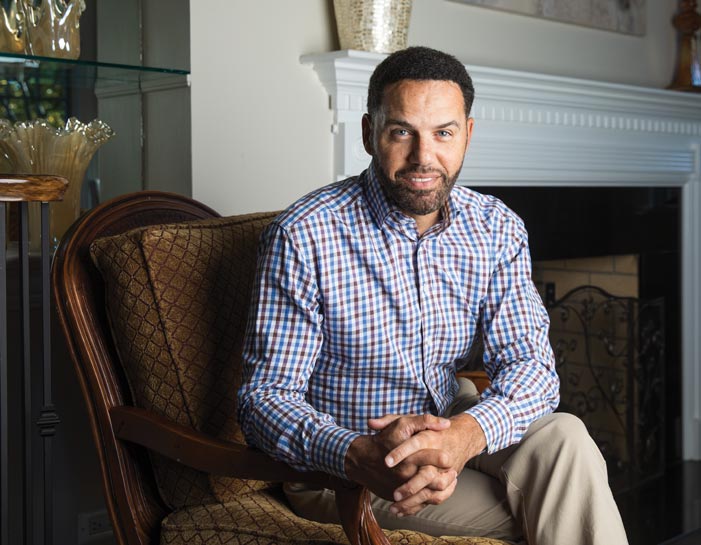 PICTURE A LIGHTHOUSE. There it stands, a tower of strength and comfort, tall and firm and reliable. See it? Good.

Need a light, be it atop calm waters or troubled waters?

“A lighthouse,” Lake Forest author Steve Pemberton says, “is the most selfless structure, one that has never needed technology. It’s there to guide you, to help you. A lighthouse is a most humble resource.”

Pemberton’s second book features 10 lighthouses with heartbeats. Launched in late September, it’s titled, The Lighthouse Effect: How Ordinary People Can Have an Extraordinary Impact in the World (Zondervan, 240 pages).

“The idea to write about impactful people around me and others came to me while I was writing my first book,” the positive-to-the-core Pemberton says, referring to the memoir A Chance in the World: An Orphan Boy, a Mysterious Past, and How He Found a Place Called Home (2012), which was made into a 2017 movie.

“I wanted to share the stories of the tremendously kind people who went out of their way to help me at a young age, as well as tell the inspiring stories of people who will restore your faith in humanity.”

But the 54-year-old Pemberton, who was subjected to constant abuse from a cruel foster family while growing up in New Bedford, Massachusetts, doesn’t just craft accounts of meaningful, caring folks—10 chapters, 10 lives—who embody beacons of hope in a world heavy on distrust and heavier on disillusionment. The former Walgreen Co. human resources executive also reveals the motivations that steered his me-last subjects to put everybody else first. Daily.

Claire Levin was a four-limbed life preserver for an 11-year-old Steve when he needed to stay above water in a cold, scary household. Levin gave books to Steve. Boxes of books. Steve hid and read and turned pages. It allowed Steve to escape, without budging.

Books made him think about something other than tomorrow’s terror.

“I asked Claire, ‘Why? Why did you provide so many books for me?’ ” Pemberton recounts. “She told me, ‘Because it’s something my mother would’ve done.’ ”

Steve was 16 when he no longer had to live with his foster family. John Sykes, a high school teacher and counselor, served as Safety Net No. 2 for Steve, letting the teen live with him for a year-and-a-half and paving the path to Steve’s matriculation at Boston College.

“John loved education, especially literature,” Pemberton says. “He also loved riding his Harley-Davidson motorcycle. He was, essentially, an adult teen, with quite the personality— a rebellious personality. There was a lot of depth to John.

“I will be forever grateful for a bachelor who put his life on hold to take care of me and guide me.”

Pemberton devotes a chapter in The Lighthouse Effect to Rick Rock, who, at the age of 16, endured a traumatizing Father’s Day. Rick’s father, Robert, suffered a heart attack on that Sunday and died … in Rick’s arms.

“Imagine how devastating that must have been for such a young person,” says Pemberton, the father of three—sons Quinn, 21, and Vaughn, 19, and daughter Kennedy, 16—with his wife of 24 years, Tonya.

“Guess what Rick is doing now,” Pemberton continues. “He lives in Lake Forest, and he’s an OB-GYN doctor. Rick chose to devote his life to medicine after watching a life depart in his presence. And now he’s helping people as they enter life.”

R.J. Peete, son of Holly and former University of Southern California/NFL quarterback Rodney Peete, is the Los Angeles Dodgers’ clubhouse attendant, or, as Pemberton claims in the book, “the lifeblood of the clubhouse.” R.J. was diagnosed with autism and told by doctors, at a young age, that he’d never be able to speak.

Pemberton first met Holly Peete in Chicago, where she spoke at a conference.

None other than R.J., using his vocal cords, introduced his mother to the audience.

Pemberton, who lived in Highland Park from 2011-2018, has been the chief human resources officer for Workhuman since the end of 2017. Co-headquartered in Dublin, Ireland, and Framingham, Massachusetts, Workhuman is a mission with a company that makes work more human for every person on the planet. It helps the world’s leading brands build winning cultures that leverage the power of human connection.

There might not be a better human-occupation fit than the Steve Pemberton-Workhuman one.

“The humble gestures of kindness that change the course of our lives can shift the course of America too,” Pemberton shares near the end of his warm invitation on The Lighthouse Effect book jacket. “(The book) opens your eyes to those who are quietly heroic. You will reflect on the lighthouses in your own life and be reminded that the greatest heroes are alongside us—and within us.”

Not counting Steve Pemberton and the human beacons he spotlights in his book.

Steve Pemberton’s book The Lighthouse Effect is available at all book platforms, including amazon.com and barnesandnoble.com, and where books are sold. 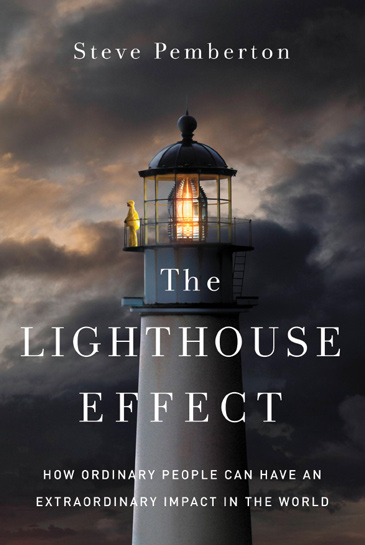