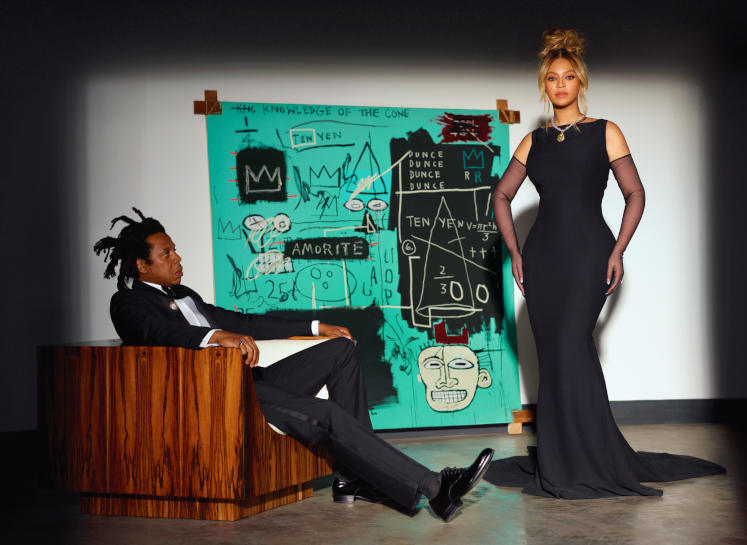 Beyoncé and JAY-Z for the Tiffany & Co. fall 2021 ABOUT LOVE campaign.
Photography by Mason Poole

TIFFANY & CO. announced that powerhouse couple Beyoncé and JAY-Z will star in its latest campaign celebrating modern love. Synonymous with the world’s greatest love stories since 1837, Tiffany’s debut of ABOUT LOVE marks the latest evolution of the luxury jeweler’s new creative direction. The campaign is the result of a close collaboration and a shared vision between both the Carters and Tiffany & Co.

“Beyoncé and JAY-Z are the epitome of the modern love story. As a brand that has always stood for love, strength and self-expression, we could not think of a more iconic couple that better represents Tiffany’s values. We are honored to have the Carters as a part of the Tiffany family.” —Alexandre Arnault, Executive Vice President of Product & Communications

The Carters’ love story is illuminated by the iconic Tiffany Diamond and set against the backdrop of Jean-Michel Basquiat’s Equals Pi (1982). Worn in a campaign for the first time in history, the Tiffany Diamond weighs 128.54 carats and boasts an unprecedented 82 facets. Seen on Beyoncé throughout the campaign, it is considered among the most important gemstone discoveries of the 19th century. ABOUT LOVE reflects Tiffany’s continued support of underrepresented communities. As a part of the house’s partnership with the Carters, Tiffany & Co. is proud to pledge a $2 million commitment towards scholarship and internship programs for Historically Black Colleges and Universities.