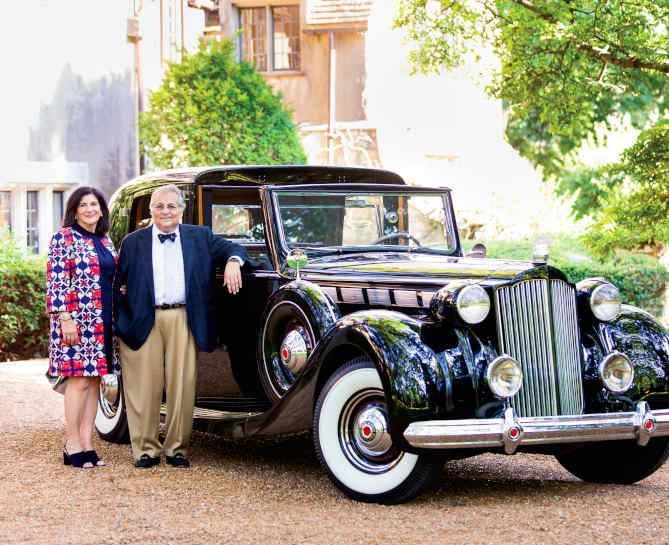 FOLKS, start your engines. The Lake Forest/Lake Bluff Chamber of Commerce, the City of Lake Forest, and an advisory committee of car enthusiasts are revving up their engines for a show like no other. On Sunday, October 10, from noon to 3 p.m. at the west Lake Forest train station and adjoining lot, the “Then and Now Auto Show: Celebrating a Century of Motorcar Excellence” will take place with a curated collection of cars for even the most discerning admirer.

“We really wanted to have an event in west Lake Forest to showcase all that is happening in that part of town,” says Joanna Rolek, executive director at the Lake Forest/Lake Bluff Chamber of Commerce.

“We know that car shows and food events tend to draw crowds of all ages and we saw this as a wonderful opportunity to bring the community together.”

At the suggestion of a friend, Rolek reached out to local car afficionado John Maxson for his advice on how to organize the show. Maxson serves on the Advisory Board for the Geneva Concours d’Elegance and is the activities director for Packards of Chicagoland, an organization of about 100 families who own Packard automobiles, “We went and visited the train station and I immediately saw that space would be an issue,” says Maxson, who is used to attending shows with hundreds and hundreds of cars. “But we made lemonade from lemons and decided to create a curated show where we tap 10 local experts to invite the 10 best cars in their category to come to the show.” Maxson is co-chairing the advisory committee with Ed Russ and Shaun Carter. 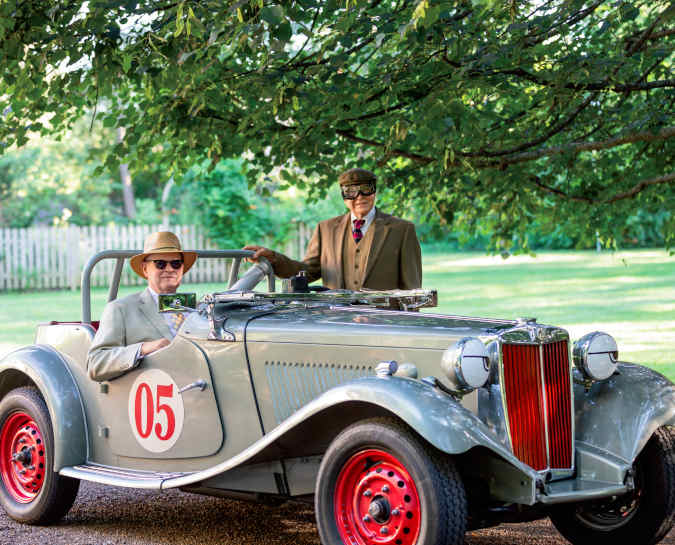 The advisory committee quickly pulled together a list of 10 categories of cars from pre-1950 production cars to vintage, special interest, high performance, and exotic cars that will be featured alongside luxury superstars of today.

“When we began reaching out to the experts in each category, the response was very enthusiastic,” Maxson says. “Some would say they had many more than 10 cars they’d like to include and we’d have to remind them that they were limited to 10. This was a good problem to have.”

The result: the best of the best cars will be on hand for the Then and Now Auto Show, cars like Claude and Audrey Ohanesian’s 1938 Packard. Claude is the Regional Director of the local Packards of Chicagoland Car Club and Treasurer for the Greater Illinois Region Classic Car Club of America. A Lake Forest resident, Claude is a lifelong car enthusiast with an eclectic collection of cars that include pre-war classics like Marmon, Lincoln Continental, Pierce-Arrow, and Packard, and more contemporary cars like a Chrysler Town and Country, Pontiac GTO, and Ford Thunderbird. At last count, the Ohanesians own about 30 antique, classic, and other special interest cars, but they are constantly buying and selling.

“Being car person is a lifestyle,” explains Maxson, who bought his first car when he graduated from high school in 1964, a 1931 Model A Ford. “I don’t have a hard time remembering what my first car was because it’s still in my garage.”

Maxson’s love for the auto world has driven him to co-author a book called Chicago’s Motor Row.

“There’s an area in the city, down by McCormick Place from 1400 S. Michigan to 2400 S. Michigan, where all of the car dealerships used to be,” Maxson says. “Ford Motors opened the first dealership there in the early 1900s and many of the other automakers followed soon after. Today, even though those buildings haven’t housed cars in many years, you can tell what each building was because the name of the dealer is still on it.” Maxson’s book examines the architecture of these special historical buildings, as well as the cars they showcased.

It was important to Maxson that a notable car person write the forward to his book.

“I really wanted Jay Leno who is known for his extensive collection of cars,” he says. “Through the various car clubs I’m in, I was able to connect with a close friend of Jay’s who told me that he’d forward my request to him, but it was unlikely Jay would be able to do it with all he had going on.”

Four days later, Maxson’s phone rang and it was Leno himself.

“Jay called me up like we had been friends forever,” Maxson recalls. “He said he would help me out because he wanted to tell the story of how cars changed how we live—how cars made us mobile and opened up the world.”

As luck would have it, Chicago’s Motor Row will be available for purchase just in time for the Then and Now Auto Show on October 10.

In addition to the best cars at the Then and Now Show, there will be drawings for prizes, music, and the debut of the “Food & Libation Station” that will feature many of the area’s favorite eateries. The antique and classic car component will be non-judged with a Lake Forest Cup award presented. There will also be state-of-the-art fire and police vehicles.

“This will truly be a show for all ages, where there is something for everyone to see,” Maxson says. “Just cross your fingers for a beautiful day.”