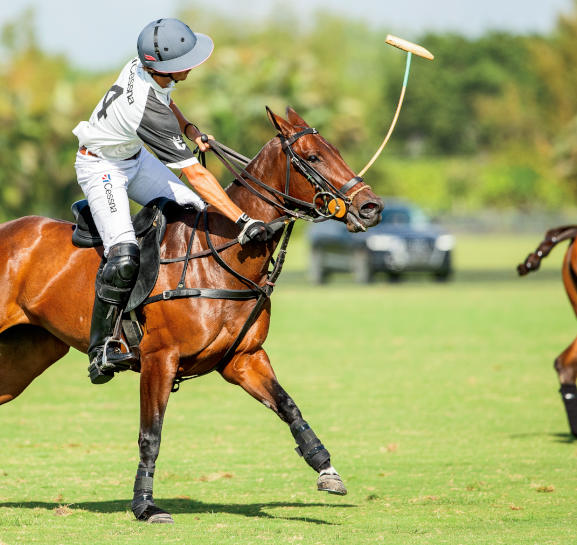 A TYPICAL SOPHOMORE in high school crams for geometry tests, begs for a one-hour-later curfew, and smiles at a DMV camera for the first time.

Perhaps Jared Zenni, while attending Lake Forest High School, experienced all of the above nine years ago. But he pulled off something unusual, something singular, shortly after blowing out 16 candles on his birthday.

A Scouts quarterback and linebacker in football for a couple of seasons, the Lake Bluff native walked away from pigskins for good in order to devote his full attention to riding ponies competitively across spacious fields all over the world. 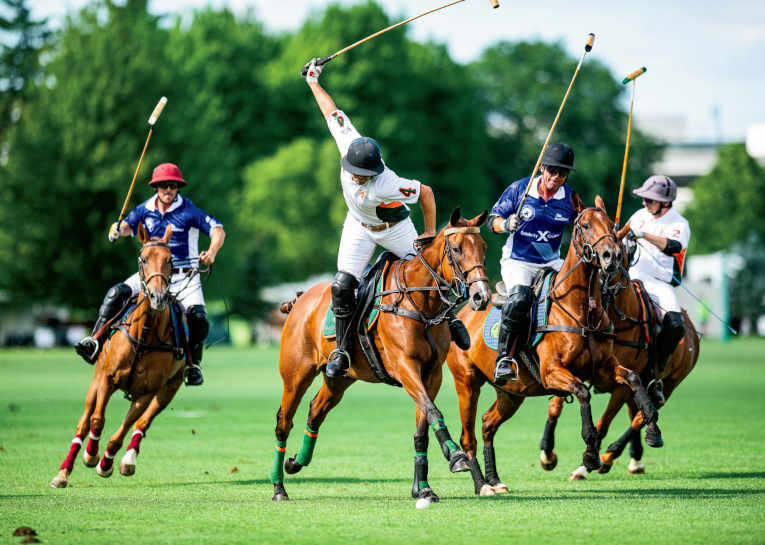 “I started to really like the sport at the age of 12, maybe 13,” says Zenni, who grew up the length of a few mallets from the Crab Tree Farm polo field. “My father (Jim) played a little polo as an amateur, and I’d follow him to the barn. Polo intrigued me.

“All my friends in high school liked traditional sports. When I told them my plan one weekend was to play in a polo match, they said, ‘You’re doing what?’ ”

Zenni, a Lake Forest Country Day School alumnus and a 2014 LFHS graduate, chose to do something unusual in college, too, commuting up to three times a week from the University of Miami in Coral Gables to U.S. polo hub Wellington, Florida, to hone his polo game. His round-trip commute lasted three hours. It took him five years to gallop to degrees in finance and marketing, an impressive double considering Zenni spent his college autumns in Argentina, a polo hotbed. 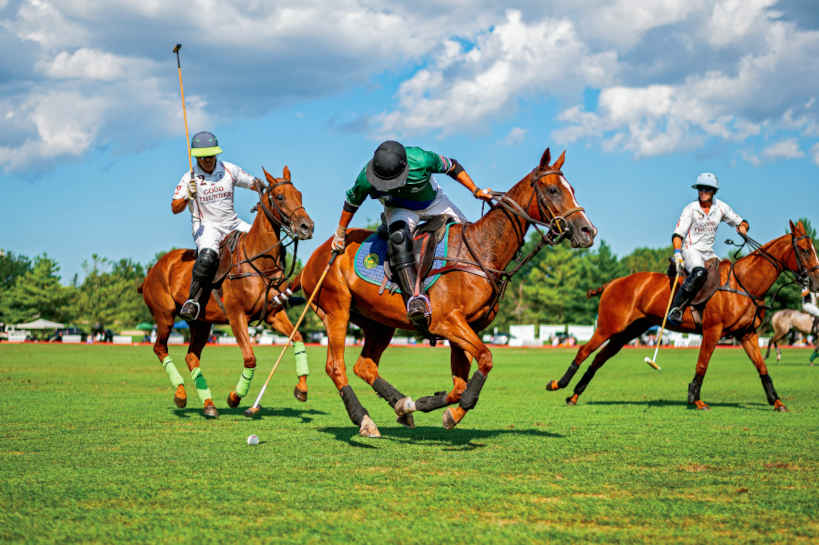 “I’m a horseman, and I like horses—two musts in the sport,” says the 25-year-old Zenni, who, at 6-foot-3, towers over most professional poloists. “There are times when you have to work with your horse early in the morning and again late at night. It’s about riding, getting to know your horse as much as possible, preparing the horse thoroughly during the week before a tournament or a big match.

“They say,” he adds, “that 100 percent of polo is your horse, until you get to the ball. At that point your horse becomes 50 percent of the sport.”

Zenni wasn’t half bad at the 2018 U.S. Open Polo Championship in Wellington, where he lives. He was stellar, in fact, becoming, at age 22, the youngest MVP ever at the tournament and helping the Daily Racing Form team capture the title. One year later he was on the victorious side of the Westminster Cup, the annual U.S.-England clash.

Zenni runneth—with help from four additional legs—to a title at each.

He’s been battling for the Cessna team (or, in polo parlance, patron) in 2021. The pro, who plays either the “3” (playmaker position) or the “4” (defender), hit the massive pitches—a polo field is 300 yards by 160 yards—for the Cartier Queen’s Cup and Gold Cup in the United Kingdom earlier this summer.

“Jared is incredibly talented and has worked hard to develop his craft,” says Oak Brook Polo Club (OBPC) Managing Director Daniel O’Leary, who met Zenni through the United States Polo Association (USPA). “With his height and size, he’s able to reach farther and swing harder and hit longer than most others. But you have to be limber to succeed in the sport, as well, and Jared is as flexible as he is because he trains like pro athletes in other sports do.

“It’s not easy to reach over a horse and hit a reverse-back-hand shot like Jared does,” adds the Wisconsin native and OBPC leader since 2016. 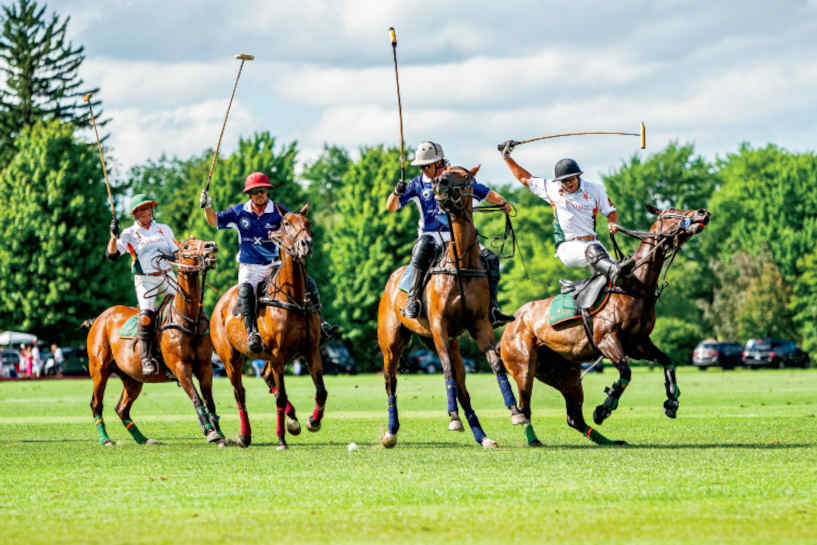 Polo demands athleticism. Its animals reach a speed as swift as 35 mph in matches. Its humans often have to stop their transport on a dime, turn to establish an ideal position to address the ball, and then bludgeon a four-and-a-halfounce plastic ball with a croquet-ish mallet.

It’s a sport that dates back from 6th century BC to 1st century AD. A game of polo doubled as a training regimen for Persian cavalry units.

Teams in England first played polo in 1869. It debuted in the U.S. seven years later and made its initial appearance in Chicago in 1879. In 1897 polo clubs formed at Evanston Country Club and at Onwentsia Club in Lake Forest; the latter facility hosted private polo matches for 100 years.

Illinois is home to 17 outdoor polo fields, and there are seven USPA clubs (non-private) in the Chicago area. A sizable number of all-star polo players in the 20th century hailed from Illinois.

In 1933 Onwentsia hosted a series of East-West matches that showcased the best players in the U.S.

“It drew 40,000 spectators,” O’Leary says. “The Lake Forest- Lake Bluff area has a great polo history. Not too long ago I spoke with residents. They remember. They remember how big of a deal polo was along the North Shore.”

Zenni trained extensively at Oak Brook Polo Club in his early years. One of the oldest clubs in the U.S., it was founded by businessman Paul Butler (the Butler in Butler National Golf Club) and opened in 1922. For years it was considered the hub of polo in the U.S.

“Polo in the Chicago area,” Zenni says, “is on its way back. When I was younger there was a decent amount of popularity, before interest in the sport declined a bit, maybe because it fell into the wrong hands. But passionate people like (twins and OBPC instructors) Matias and Tomas Obregon are doing all they can to revitalize polo.

“I sense a resurgence.”