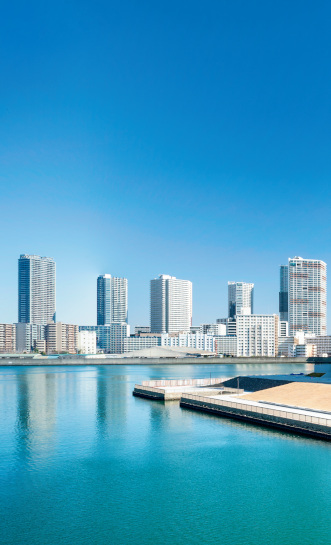 WHEN KATE Hartman Rosenzweig was growing up in Lake Forest, she never imagined that she might someday be donning Team USA gear. But perhaps she should have, as today she sports the winning title of Chief of Communications for the U.S. Olympics and Paralympics (USOPC). 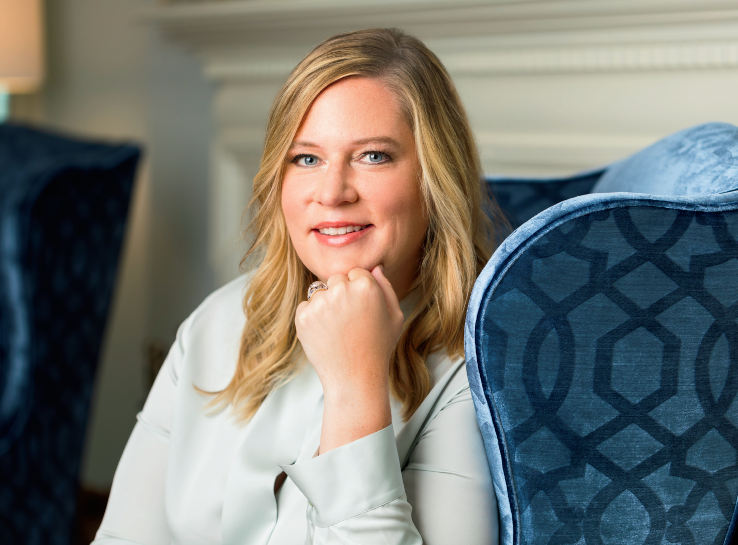 “You know, no one would ever have called me an athlete,” says Rosenzweig with a laugh. “But I always introduce myself as the seventh of 10 children. I was born on to a team. I understand how they work. So, it makes sense that today I’m on the team behind Team USA.”

In May 2021, Rosenzweig began her new role after a storied career with Coca-Cola in Atlanta. Her roles with Coke took her to the Olympic games in both London and Rio.

“Coke offered me a space where I never stopped learning,” she says, having moved to Atlanta from Chicago for the post with her husband and former high school sweetheart, David Rosenzweig. “It taught me so much about our country and different parts of the world. I couldn’t have asked for any better training ground for the job I have today.”

When the Olympics called to recruit Rosenzweig back in January, she turned them down. “I had just been promoted at Coke and we were still in the thick of the pandemic,” she says, who had been working at home full-time since March 2020. “But a few months later, they called again, and my husband asked me what I was waiting for. He knew how much I loved the Olympics, and this was an opportunity for me to follow a passion and work for an organization that was rooted in purpose.”

But not until Rosenzweig had an open and honest discussion with her soon-to-be boss, Sarah Hirschland—the Chief Executive Officer of the U.S. Olympics and Paralympics—did she agree to make the move.

“Covid forced me to think about things differently. I realized that in the last year, I spent the most time I ever have with my family, even more than when my two children [Charlotte, age 9 and JD, age 7] were born,” she says. “That was a tough pill to swallow, but it made me very aware of how I wanted things to be moving forward. If I were to make a move from Coke, I wanted a healthy balance between work and family and Sarah said she would work with me to make this happen.”

Rosenzweig knew Hirschland was a woman of her word. One of the biggest cultural shifts for the USOPC in recent years under Hirschland’s leadership has been supporting athletes’ entire well-being: not just their physical health but also their mental and emotional health. “The organization has changed the way we look at mental toughness. Our athletes are stronger and better prepared than ever because they’ve put in the work to achieve their truest potential across both physically and mentally.”

Hirschland also oversaw the uniting of the Olympic and Paralympic organizations and their rebranding under one umbrella. “The organization changed its name because its mission is to build an inclusive world through sports,” says Rosenzweig. “Sarah inherently knew you can’t be inclusive if you’re leaving out some of the country’s strongest most inspirational athletes. I knew I was going to work for a true advocate, a real force for good I couldn’t wait to help tell these stories.” 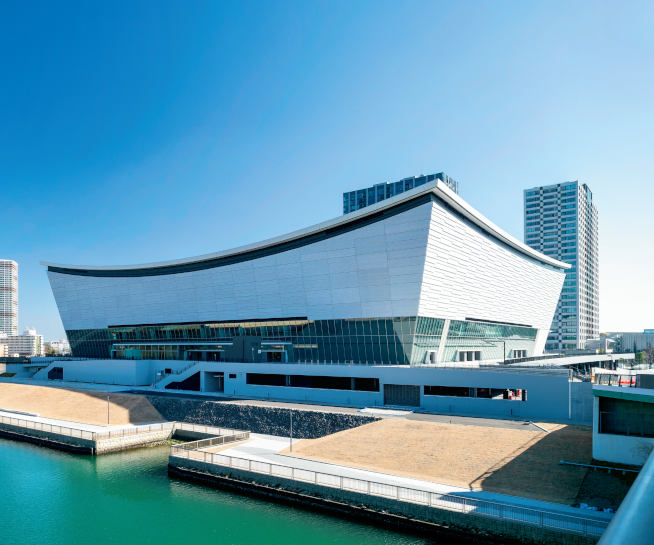 Ariake Arena sports facility in Tokyo, one of six permanent facilities designed and built to host the Olympic and Paralympic Games.

So just three months shy of the 2021 Olympic games beginning in Tokyo, Rosenzweig went to work. Managing a team of 12 who are working remotely across the country, and supporting 47 National Governing Body press offices, most of her days are spent in back-to-back virtual meetings.

“I’m really looking forward to the games getting underway for many reasons, one being it will be the first time our team will get to be together in person,” Rosenzweig says. She will have two stints in Tokyo later this summer—17days for the Olympics and seven days for the Paralympics. “But our first challenge is to get our 600+ athletes to Tokyo safely and healthy.”

According to Rosenzweig, she is responsible for leading the USOPC’s public relations and media relations efforts, including storytelling and stakeholder engagement with athletes, fans, National Governing Bodies (NGBs), team members, and other important partners to increase visibility and support for the U.S. Olympic and Paralympic movements.

“And while my role is communications based, the organization is values driven – one where we are all responsible to pursue excellence, lead courageously, foster belonging and serve others.” 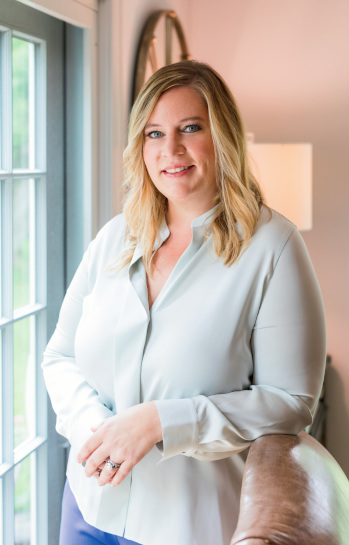 One of Rosenzweig’s first Olympic memories is watching the Atlanta games as an eighth grader in 1996. “We didn’t watch a ton of TV growing up, so the fact that my mom and dad and my younger siblings were all up late and watching the Olympics together really stands out,” she says. “It was the night Kerri Strug did the vault and landed on one foot—the most amazing thing I ever saw happen and we talked about that as a family for days.”

Rosenzweig is a huge believer that the Olympics has to happen in 2021. She might even go as far to say that the United States needs for it to happen.

“The Olympics is when the world to shows up at its best,” she says. “Team USA is the one entity that all of the United States gets behind and supports—there’s no other unifier like it. Team USA is ready. They are ready to win and they are ready to make this country proud. I am honored and excited to be a part of their journey.”