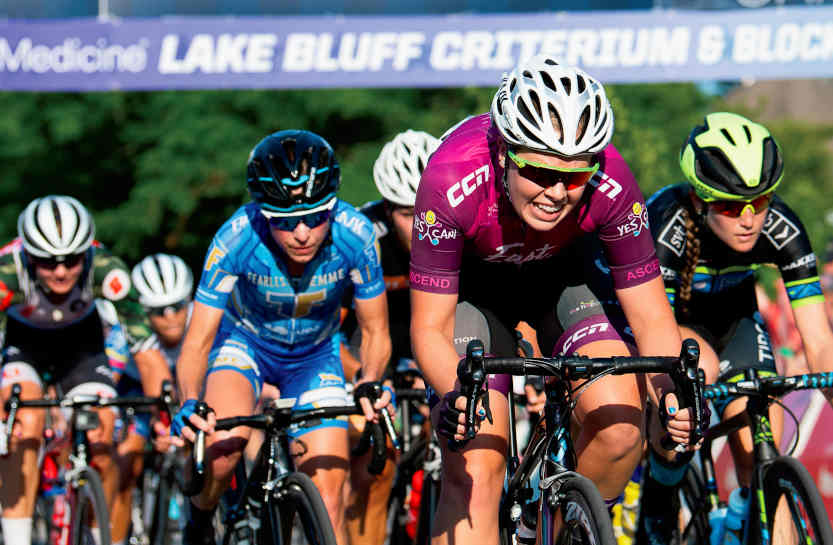 IT WASN’T LONG AGO that when the clock struck 5 p.m. in downtown Lake Bluff, you could safely shoot a canon off on Scranton Avenue and not hit a soul.

“It’s funny to think that less than 20 years ago, Lake Bluff didn’t have much going on its downtown,” says Lake Bluff ’s former Village President, town historian, and 50-year resident Kathy O’Hara. “Even though we were a community with lots of charm, retailers would come and go. We just couldn’t get them to stay.”

But what Lake Bluff did have was a good understanding of what events could do for the community, as they had enjoyed much success with them as part of the Lake Bluff History Museum’s annual offerings.

The Lake Bluff History Museum was founded by two Lake Bluff elementary school teachers—O’Hara being one of them—as a way to deepen the local social studies curriculum being taught. This led them to contact Elmer Vliet, one of the town’s highly respected residents. He was a retired President of Abbott Laboratories who had served the community in many ways: as Village President and as Lake Bluff ’s historian. Over the years, he presented history slide shows to school and adult groups. 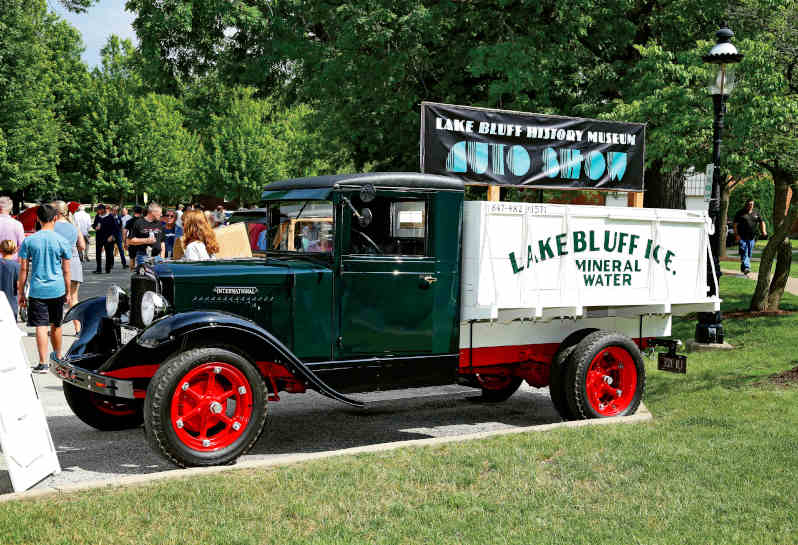 Vliet shared his photographs and documents with the two teachers while telling interesting and little-known facts about Lake Bluff ’s history. After several visits and many discussions, he became enthused with the idea that his knowledge and his photographs could be made available to all school children and also be enjoyed by the community. As a result, in the summer of 1982, he donated his collection to the project and provided the school district with funds toward the creation of the museum.

Fast forward to the late 1990s—the Lake Bluff History Museum hosted its first ever “Ghost Walk,” an event scheduled around Halloween to celebrate the village’s haunted history. The Ghost Walk offers group tours of the town led by residents dressed as ghouls who tell stories about creepy occurrences in the past. 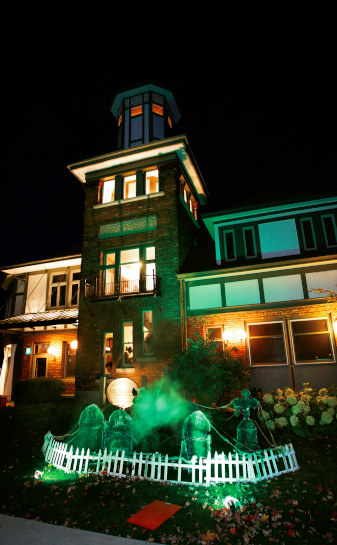 “At our first Ghost Walk, we had 100-150 people come out to be a part of it,” remembers O’Hara. “We realized then that our downtown was conducive for doing things like that. There wasn’t a lot of red tape to go through, making us pretty flexible in pulling off things like that.”

“The board that hired me made it clear that they wanted to host activities that fostered community,” Irvin says. “Cultivating connections across generations is in the DNA of this community and our infrastructure supports this. I believe it goes all the way back to our camp meeting days.”

In 1875, a group of Methodist ministers led by Solomon Thatcher purchased 100 acres of lakefront property from Ben Cloes, the youngest son of the first settlers of Lake Bluff. The Lake Bluff Camp Meeting Association was then formed. The Association planned a resort that would provide not only religious activities but also social, cultural, educational, and recreational programs. Summer visitors were attracted to Lake Bluff to enjoy the beach and ravines and participate in the Camp Meeting activities.

The village has never lost that summer-resort feel. And the Lake Bluff Brewing Company, founded by Lake Bluff residents, played a role in securing this as part of the village’s heritage.

“I was sitting in my office one day, and a friend called and asked if they could set up their band to play outside the brewing company,” says Irvin. “I couldn’t think of a reason why they couldn’t—so they did, and we had our first Scranton Avenue Block Party. This has really been our approach to making our business district a successful one—if we can find a way to say ‘yes,’ we do. This has evolved into an unbelievable amount of activities throughout the year.”

The Village administration, Lake Bluff organizations, and residents all have brought events to the village that have given Lake Bluff the reputation of being a very fun place. This ethos will culminate this September with an anniversary celebration hosted by the Lake Bluff 125 Committee to celebrate the village’s 125th + 1 anniversary, which was postponed in 2020 because of the pandemic. The Committee also mounted this summer’s public wall art display and is working with the museum board the October Ghost Walk.

Other events that originated in the last 20 years include: The Lake Bluff Criterium Bike Race, Rib Fest, Lake Bluff History Museum Auto Show, Lake Bluff Holiday Home Tour, Dogs on the Bluff, FoodStock, and Bluffinia. These are all outdoor festivals and events (except for the Holiday Home Tour in December) that have launched or really taken off in the 21st century.

And we can’t forget the Lake Bluff Farmers Market, now in its 28th year, and the annual 4th of July Parade that is well over 100 years old. After being canceled in 2020, it’s being revived this year as a vehicular parade with a longer route, hoping to reach more people while following COVID safety protocols.

Lake Bluff ’s downtown also has become a go-to place for going out: Inovasi, Maevery Place, Lake Bluff Brewing Company, Be Market, Hansa Coffee, The Other Door, Prairie Espresso, Bluffington’s Café, Bonk—a new sandwich shop that opened during the pandemic in 2020—as well as two new pubs that are slated to open later this year.

“Lake Bluff has a strong sense of community and we’re very proud of that,” says O’Hara, who just stepped down after eight years as Village President, having seen the community through the trials of the pandemic. “I love walking into downtown and seeing people of all ages really enjoying it.”

To learn more about the events Lake Bluff is offering in 2021, visit lakebluff.org.