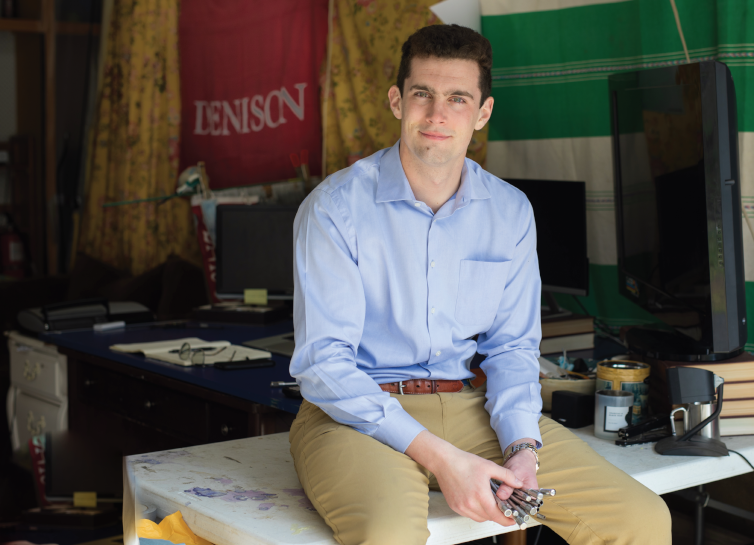 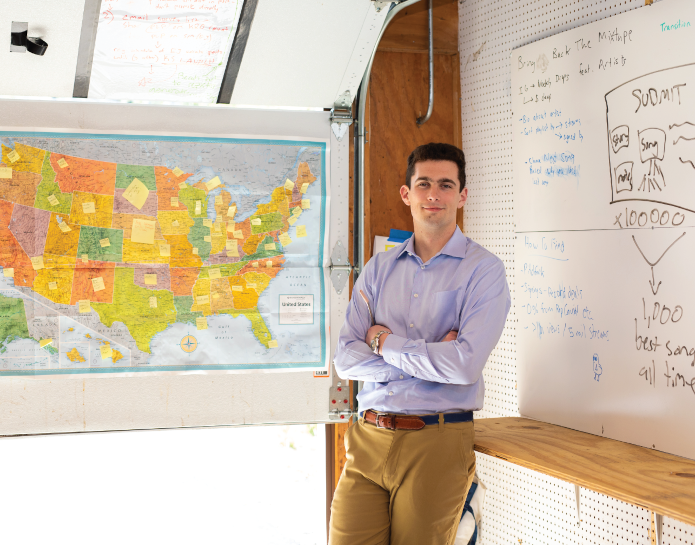 NICK YEHLE wasn’t thinking about coffee when, at age 7, he started spending a few weeks during summers at Camp Kooch-i-ching in northern Minnesota. Even at a young age, Yehle loved the outdoors and relished the twoto- three-week trips to camp each year.

“I went to camp every summer for 13 years in a row, from when I was 7 to when I was 21,” Yehle says. “I’ve spent a lot of time out in the woods or out in the middle of nowhere in Canada. I liked going to camp because I could do stuff that I couldn’t do at home.”

At Camp Kooch-i-chang, Yehle enjoyed long canoe trips, riflery, archery, and woodcraft. He even learned how to wield and sharpen an axe.

“When I was 16, we saw eleven polar bears on a canoe trip,” he says. “It was just experiences in life you couldn’t get elsewhere, and I loved it.”

Yehle, 23, was born in Boston and moved to the North Shore as a toddler when his family relocated to Lake Forest. He’s lived on the east side of Lake Forest ever since, graduating from Lake Forest High School in 2016.

While enrolled at LFHS, Yehle talked his way into an Innovation Incubator class (he didn’t technically meet the criteria to take part) where he learned about starting a business from area business leaders.

After graduating high school, Yehle’s entrepreneurial spirit accompanied him to Denison University in Ohio. It was during his time there that the beginnings of his professional career would take shape, combining his love of the outdoors with his desire to be part of a start-up.

During his years attending camp Kooch-i-ching, Yehle met his business partner and fellow outdoor enthusiast Joey Jones, and they connected over their shared love for adventure and coffee. In 2016, Jones embarked on a 2-year motorcycle trip from Minnesota to Patagonia and back. While traveling through Argentina, Jones was introduced to the bombilla, a straw used to drink yerba maté, a loose-leaf tea derived from the holly plant.

Fast forward a few years and Jones and Yehle were working summers at Camp Kooch-i-chang leading camping and canoe trips. They were with a group of youngsters and after a long day and still a way to go on their journey, they both thought they could use a cup of coffee.

“We had stopped for lunch on a cool little island in the middle of a river and we cooked up some tuna melts. There was a little bit of firewood on the island, and we made a fire and cooked the tuna,” Yehle says. “I looked at my watch and we had a lot of miles to go to make it to our campsite. So, I turned to Joey and said, ‘Joey, we’ve got to have a cup of coffee.’”

But they were out of firewood and would’ve needed to paddle to the mainland to get more. That, along with the half-hour process to brew what they called, “Cowboy Coffee,” meant they had to huff it back to camp caffeine-free. Jones had been using a bombilla during the trip to drink tea. The proverbial lightbulb flicked on.

“I said, ‘Joey, what if we use your bombilla and just see if it works,’ and he and I definitely both captured the energy in that moment to try it and see what would happen,” says Yehle. “So, we tried the bombilla with coffee grounds in a cup and it tasted incredible. Right then I turned to Joey and said, ‘We can turn this into a business.’”

Jones and Yehle took a picture right there on the island of the first ever cup of JoGo, the name they would eventually settle on for their coffee straw invention.

Right away, Jones and Yehle began sketching designs for the JoGo. A week later, they had a Google Drive set up and the business was launched. They had to create a design, identify a manufacturer, and figure out how they would distribute the product.

“It’s been two years and 11 months and we never gave up and never looked back,” Yehle says.

Yehle and Jones started the business with just $2,500 of their own money and over time have received investments from friends and family. In early April, they launched a

The JoGo essentially acts as a French Press in a straw. Take a hot cup of water, fill it with your favorite ground coffee, put the filter end of the straw in the coffee, stir, and start sipping. The filter is removable for cleaning, and it fits in your pocket.

The two partners are still working on other parts of the business, including securing international patents for the JoGo, and they’re continuing to build a following, which already includes many outdoor enthusiasts from around the world.

It’s not just providing a good coffee-drinking experience that’s important to Yehle and Jones. Jogo will commit five percent of its annual profits to Survival International, a nonprofit organization that partners with indigenous and tribal communities to help them conserve their land and control their own futures. The commitment aligns with company’s ongoing recognition of the bombilla as the source of inspiration for the JoGo.

“It’s really cool to hold the prototype in my hand, knowing that we made it even if nobody ever bought it,” Yehle says. “To know that all these people across the world are actually excited for it just blows my mind. It’s the coolest thing ever.”