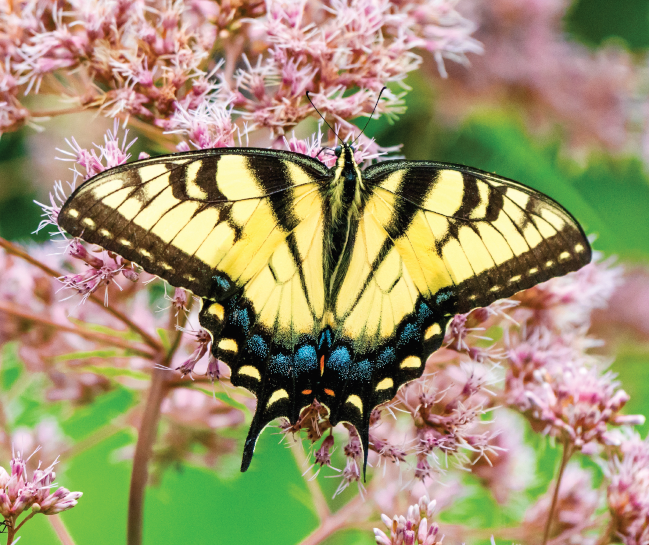 This Mother’s Day, give the gift of time spent immersed in nature with a membership to the Chicago Botanic Garden.

THE CHICAGO BOTANIC GARDEN opened more than 45 years ago as a beautiful place to visit, and it has matured into one of the world’s great living museums and conservation science centers. Every year, more than one million people visit the Garden’s 27 gardens and four natural areas, uniquely situated on 385 acres on and around nine islands, with six miles of lake shoreline. It is one of only 17 public gardens accredited by the American Association of Museums. Its Lenhardt Library contains 150,000 volumes—including one of the nation›s best collections of rare botanical books.

The Chicago Botanic Garden traces its origins back to the Chicago Horticultural Society, founded in 1890. Using the motto Urbs in Horto, meaning “city in a garden,” the Society hosted nationally recognized flower and horticultural shows; its third was the World’s Columbian Exposition Chrysanthemum Show, held in conjunction with the world’s fair in October 1893.

After a period of inactivity, the Chicago Horticultural Society was restarted in 1943. In 1962, its modern history began when the Society agreed to help create and manage a new public garden. With the groundbreaking for the Chicago Botanic Garden in 1965 and its opening in 1972, the Society created a permanent site on which to carry out its mission. The Garden today is a successful public-private partnership. It is owned by the Forest Preserve District of Cook County and operated by the Chicago Horticultural Society.

Butterflies & Blooms will open on May 29, an exhibition where visitors can immerse themselves in a habitat filled with live butterflies. Colorful species native to South America, Asia, North America, and Africa will be featured, as well as those native to Illinois. See nature’s palette revealed in the blue morphos, paper kites, starry crackers, buckeyes, and Julia longwings—just to name a few. Moths, including the African moon moth, make an appearance throughout the season as well. Visitors of all ages can learn more about the life cycle and diversity of butterflies and moths and can also observe butterflies and moths emerging through a window into the pupa room.

The Garden also presents a wide variety of exhibitions, including fine photography and a variety of artwork. From May 1 through September 12, artist Philip Juras’s landscape paintings will be on exhibit, celebrating the rich aesthetics, ecology, and history of Illinois prairies. A dozen large studio canvases and many smaller field paintings depicting remnants, restorations, and imagined re-creations will take the viewer on a journey of prairie landscapes from the Wisconsin border to the southern end of Illinois.

The Chicago Botanic Garden, located at 1000 Lake Cook Road in Glencoe, is open daily from 8am to 7pm. For more information on membership and events, visit chicagobotanic.org.