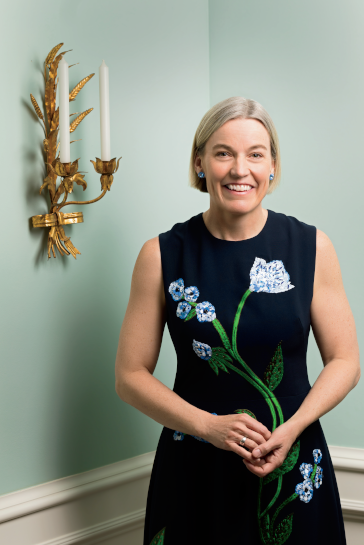 TO KNOW Katie Ford is to love her. This married mother of four is recognized for her easy smile, her quick laugh, her talent with flowers, her rock’n dance moves, and her endless positivity.

So, it may have come as a surprise to some when one night after her children went to bed, Ford turned to Facebook and bravely told the story of her battle with obsessive-compulsive disorder with intrusive thoughts.

“I just knew it was the right time,” Ford says, who had been working through her issues with the help of a doctor and the support of her family for about three years. “We’d just had another [suicide] death in our community and I thought that if my story could help just one person, I needed to tell it.

“I was terrified, at first, about going public, but I did it because I knew social media would reach a lot of people,” Ford says. “My goal was to help others realize they had no reason to feel ashamed about what they’re enduring or about what they’re thinking. Keeping open dialogue going about mental health issues is the only way to break the barriers and the stigmas that go along with it.”

Ford says a real turning point in her life was when she realized she wasn’t the only one facing a mental health issue.

“Early on, I opened up to a friend that I was struggling, and she suggested I attend a public meeting addressing mental health,” Ford says.

“There, I met a man who had exactly what I had. He had made it, survived it, and he was willing to talk about it with me. That was such a relief. Now, that’s what I’m hoping to do for others.”

Ford says the biggest wonderment of all has been the sheer number of people who have reached out to her confidentially since she first revealed her fight.

“It might be several a week or one a month, but the messages come regularly,” she says. “The pandemic has definitely increased the number, especially from parents with college-age children—kids you would never think would struggle and they are.”

Ford does her best to connect every person who reaches out to her with a source for help.

“In sharing my story, I now have so many people and organizations in my tool kit that I can offer,” she says. “It’s just a mission for me—to help anyone who wants help. It’s second only to my family and above my flowers. I’m so passionate about this and I know it helps keep me healthy, too.”

Ford’s love of flowers was one of the therapies she used in dealing with her OCD. 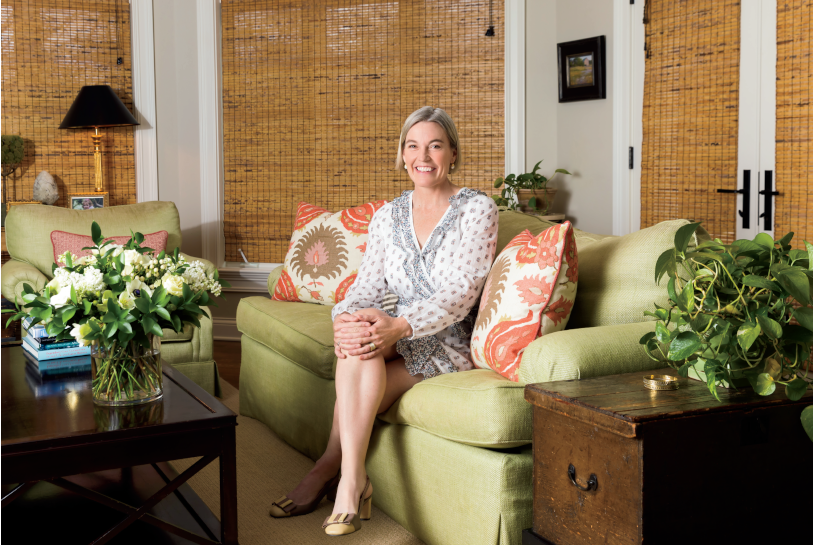 Ford at home, in a dress by Veronica Beard. 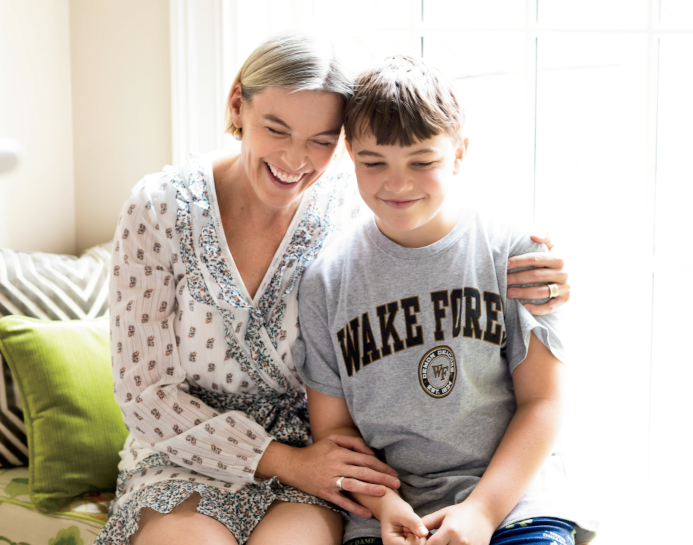 One morning, Ford’s husband came into the kitchen and saw a number of stunning arrangements on their island and asked who made them. When he found out it was his wife, he nudged her to turn her talent into a business—so she did—launching Flowers by Katie Ford.

“I’ve always been so inspired by the beauty of flowers and the joy they bring to others,” Ford says. “It truly fills my heart to create a beautiful arrangement.” While arrangements are at the core of her business, she loves collaborating with event and wedding planners.

“I tell people that it was fate and faith that lead me to the flowers,” she says. “If I hadn’t gone through what I did, I may never have found myself where I am today—bringing people joy in whatever way I can.”

One of Ford’s favorite things of late has been matching a mental health organization with a floral workshop she’s leading.

“It’s been incredible to intertwine these two things that mean so much to me. I usually open my workshops by telling how there had been this dark time in my life and how I was saved by seeking help and working with flowers,” Ford explains. “My ambassador role with lululemon has been huge in drawing more attention to the importance of mental wellness. I’m always thinking about what I can do next to help more people.”

Never in a million years did Ford predict the doors that would open from that one Facebook posts many years ago.

“I’m incredibly grateful to the communities of Lake Forest, Lake Bluff, and beyond,” she says. “I was so nervous when I went public with my story, but they embraced me and supported me in every possible way. Whether it’s been a kind word, a quick comment, an email, a handwritten note, or a simple hug—my heart is so full of gratitude for this wonderful community.”