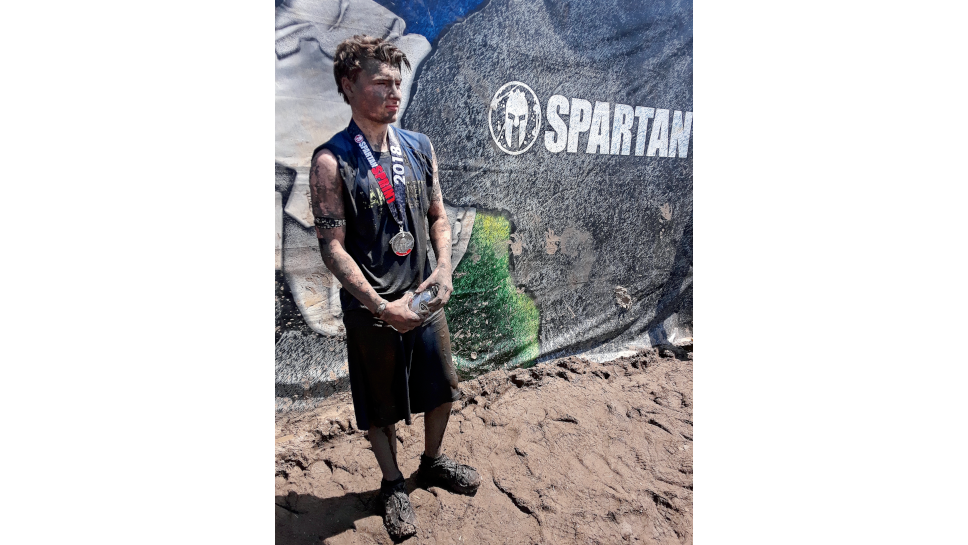 THE ANIMALS lucky enough to be in Patrick Roemer’s life thrived under his gentle, protective wings and unwavering devotion. They, in turn, brought him solace with their uncomplicated, intuitive companionship and boundless affection. The greatest love of Patrick’s life was undoubtedly his dog, Cici. 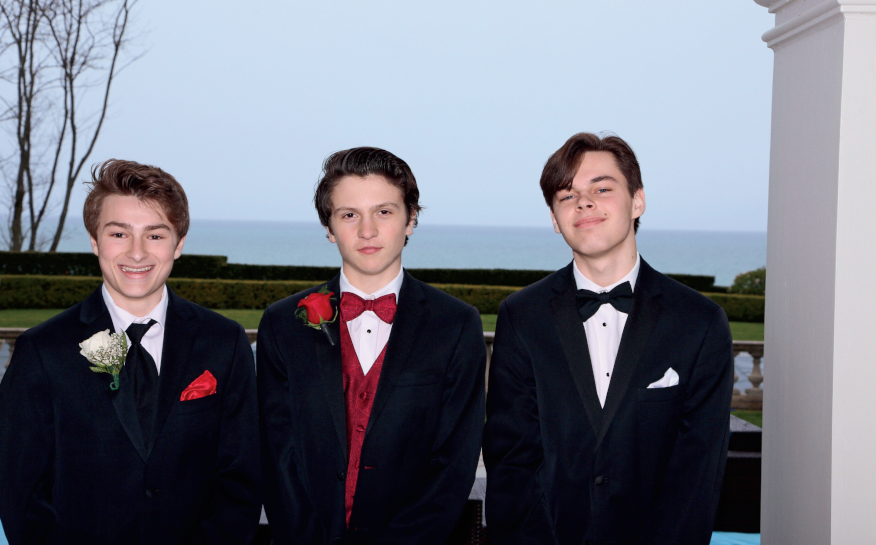 “We had just dropped Ben and Magdelene (Patrick’s siblings) off for a trip to the North Woods with their grandmother and grandfather, when Patrick— who was staying back for wrestling camp—spotted rescue puppies outside of a Libertyville animal shelter,” explains Fronzie Roemer, the children’s mother. “We had no intention of getting another dog, but Patrick really wanted to see them, so we pulled over. He immediately fell in love with Cici.” This was the summer between Patrick’s 7th and 8th grade years, when his struggle with depression and anxiety was accelerating.

Fronzie continues, “When you have a child who doesn’t smile very much and then you see his face light up, I mean, we just couldn’t say no. So she came home with us.”

The two became inseparable. Cici brought Patrick comfort—with her, he did not feel judged. Though she grew to be a big, Labrador-sized dog, Patrick happily carried her around the Roemer household on his shoulders. With her, he knew he could be himself.

Physical fitness also brought Patrick relief from his depression and anxiety. He was an accomplished athlete, and the Spartan races he competed in with Fronzie and his father Steve felt comfortable, giving him a sense of control and accomplishment. But by the time Patrick was a sophomore in high school, his bouts with mental illness had worsened dramatically. The Roemers tried everything from traditional psychology approaches and medications to holistic medicine routes in an effort to lift the crushing weight of his pain Nothing quantifiably helped. And they were terrified of losing him.

In a desperate, last resort attempt to save him—with thorough consult from his treating physicians and counselors— Fronzie and Steve sent Patrick to an inpatient program in Montana. But the program proved unable to help, and thoughts of his dog Cici and being back by her side were the only things that kept him going. He wanted out of the program as quickly as possible.

When he returned home to Lake Forest, Patrick penned a college essay, describing the time leading up to Montana and his debilitating disease. It reads, “My life had fallen apart quickly and I had given up on everything. I had entered a deep depression. At one point I did not leave the house for nearly six months. I stopped doing things I loved, stopped hanging out with friends, rarely left my room, and felt paralyzed by my own inescapable mindset. While I never shared with adults what was going on in my head, I now describe it as carrying around a backpack all day while that backpack collects big, heavy rocks. My backpack got so heavy and I got so tired of carrying it that I just sat down and gave up.” 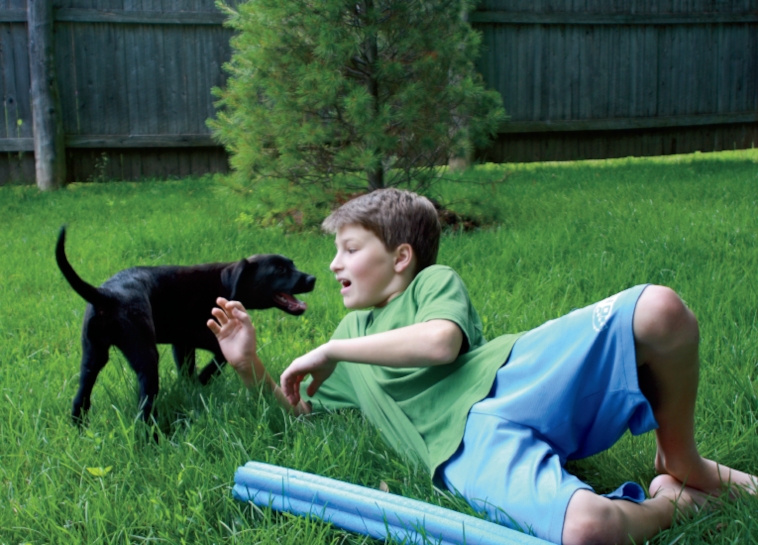 Young Patrick at play in his backyard. 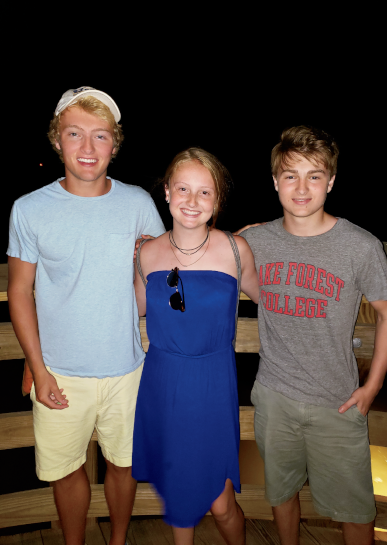 Roemer siblings Ben, Mags, and Patrick on a family vacation.

On the first day of Patrick’s senior year in 2019, Cici died suddenly and unexpectedly. The Roemer’s then fostered a dog hoping Patrick would connect, eventually adopting Indy who was to attend Colorado State University with him as an Emotional Support Animal (ESA). The COVID-19 shut-down afforded Patrick and Indy time to bond—and gifted the family with months of treasured togetherness, especially between Patrick and his brother, Ben. It felt as though the clouds were beginning to part.

But the unrelenting mental illness that had plagued Patrick for most of his life took him from friends and loved ones last May. As his family sat in the hospital, surrounding him on his final days, they discussed how best to honor him in a way that would mean the most to him. Knowing Patrick felt the most comfort when he was around animals, and that Cici was motivation for him on his darkest days, they imagined a nonprofit that would provide support to young people with mental illness through the use of emotional support animals (ESAs) and therapy animals.

In time, and with the love and support of friends and community members, Paws for Patrick was created. The organization’s main mission is to facilitate the acquisition of emotional support animals (ESA) for young people coping with mental health illness by providing and sourcing the animals, as well as training and educating, and securing letters of certification for ESAs. Paws for Patrick also provides opportunities for young people to interact with therapy dogs in group settings and individual sessions. Another integral part of the Paws mission is to break the stigma of mental illness.

Patrick felt, as so many others who have mental illness do, that it was not considered OK to feel depressed. Mental health is frequently ignored, and children and adolescents are often told to “get over it”—and bullied and made fun of as they suffer. Molly Sarver, who serves on the Paws for Patrick board, says, “As a parent with a child who struggles with depression and anxiety, I feel it is important for people to understand that it is a disease, just like cancer. It is treatable but there is no cure. Mental illness is a lifelong journey, and there is an incredible level of unknowing surrounding it. And though we live in a time when we can talk more openly about it, there is still a stigma associated with it.”

“Many of the kids who get labeled as ‘troubled’ or ‘not the kind of kid I want my child to be friends with’ are probably suffering with some kind of mental health illness or a difficult situation at home—no one ever really knows,” explains Sarver. “We need to have compassion for them and less judgment. Words matter and how we treat a person matters.”

Navigating that unknowing and parenting a child who is suffering from mental illness can be daunting and lonely. Sarver shares, “I have felt judged at times, as though my parenting just hasn’t been enough or that I am doing it wrong. And I can tell you, there is no harder or truer feeling than the blame we put on ourselves, the shame that we didn’t do it better, that we failed as a parent. That is a pain you never un-feel.” Her work with Paws for Patrick has, she says, “given me my life back.”

“Working with Paws for Patrick has been incredibly meaningful and rewarding for me. I am blown away by the fact that the Roemers established this organization in the first place, let alone how they have grown it to what it is today. Through this work and how they are helping so many others, it is my hope that their hearts will slowly, eventually, begin to heal.”

Patrick’s 21-year-old brother, Ben, and 16-year-old sister, Magdelene, also serve on the organization’s board. Magdelene shares, “Paws for Patrick has helped me to feel closer to my brother now that he’s gone. When he passed away, we received so many messages from other young people who struggle with depression and anxiety that said how much Patrick helped them. I know we are honoring Patrick and carrying out his memory in the best way possible by helping others feel the love and warmth from an animal.” She continues, “Seeing the light in someone’s eyes in photos of them receiving their new best friend fills my heart, replacing some of my grief with light.”

Fronzie and Steve are effusive in their gratitude for the communal support their family received after Patrick died. “We felt, and continue to feel, incredibly supported and lifted up. This community came together and carried us through some of our toughest times. I am floored by the love and generosity,” says Fronzie. “I’ve thought a lot about why the community has been so supportive. I believe it’s because people want the stigma of mental health to be broken, and that there must be a path toward understanding.”

For more information about Paws for Patrick, including volunteer opportunities, upcoming events, and how to donate, visit pawsforpatrick.com. 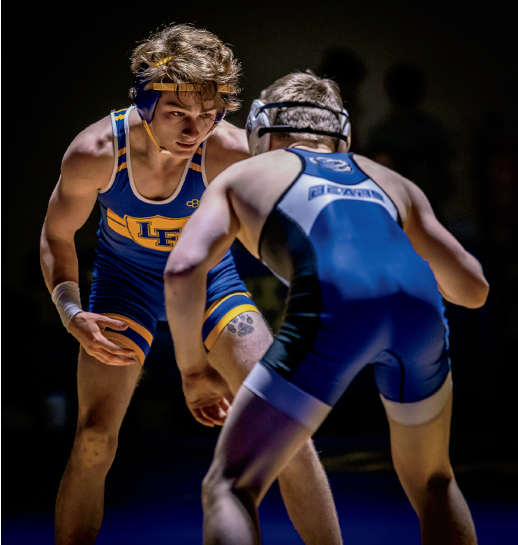