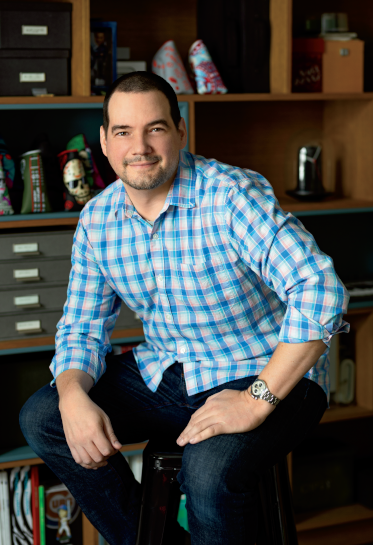 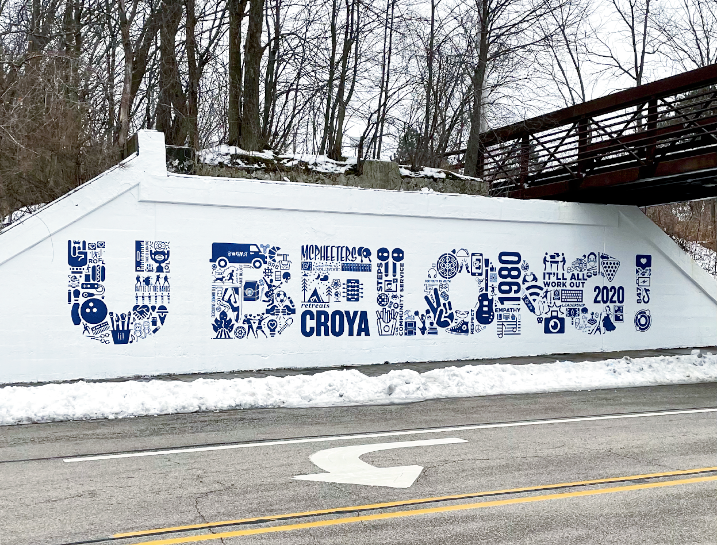 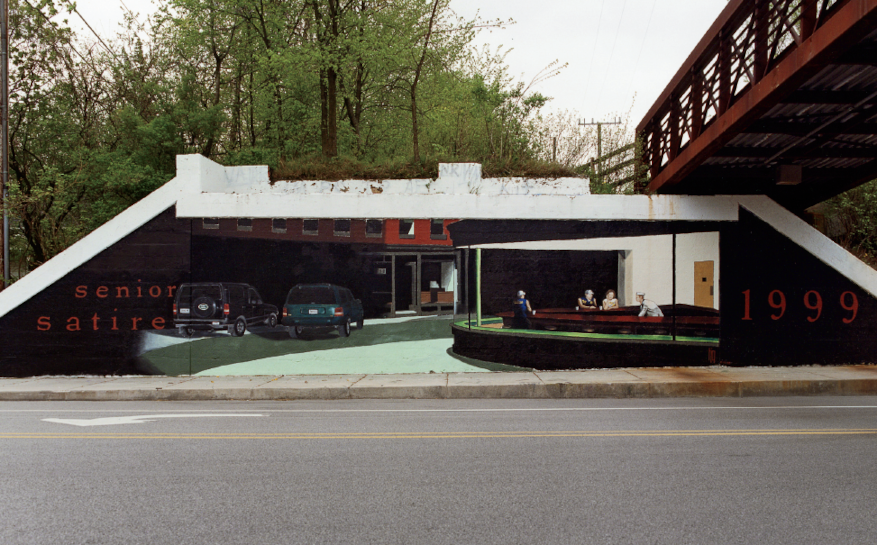 IN 2020, CROYA (Community Representing Our Young Adults) celebrated its 40th anniversary. The organization was founded in 1980 as a response to serious issues facing the teens in the community. Today, CROYA is a thriving, vibrant agency. Led by youth committees, it offers weekly meetings, community service initiatives, educational programs, social activities, musical programs, and retreats. Every facet begins with CROYA teens and is facilitated by adult staff members who have earned their respect and trust.

“Before the pandemic hit, we had a calendar of events planned to celebrate our anniversary year,” says CROYA manager Todd Nahigian. “Part of this was bringing back something that had been a tradition of the City of Lake Forest in the past, painting a mural on the viaduct wall on Illinois Road.”

When team members were brainstorming who they would like to have do the mural, one name came up over and over again—Lake Forest High School and CROYA alum Tommy Quinn.

“It was an awesome email to get,” says Quinn, a professional graphic designer and letterer who lives with his family in Winnetka, of hearing from Nahigian. “I have great memories of years at CROYA and it was my teachers at the high school who made me believe I could turn my love of art into a career.”

Quinn was also a veteran muralist, having painted the Illinois Road wall in 1999 when he was a high school senior.

“We did a parody of Edward Hopper’s famous Nighthawks painting,” Quinn says. “We added elements from Lake Forest and it turned out really cool. Even though I was really involved in art at the high school, the mural was the most public-facing piece I’d ever done. It was very gratifying having the whole community see my work and receive a lot of positive feedback.”

Once Quinn was officially on board to do the mural, he brainstormed themes with Nahigian, CROYA staff, and students. “There were some great ideas thrown out,” Quinn says. “It was funny because there were things the kids would say that were true of CROYA when I was there. Then there were also a lot of inside jokes that only the current group of kids understands.”

Quinn took copious notes and revisited CROYA’s mission statement. He then came up with a handful of designs to present.

“The one they selected was my first choice,” says Quinn, of his design using the words “U BELONG,” where the letters are composed of different meaningful CROYA icons, words, and phrases. Quinn created stencils with a laser cutter for every icon in each letter that would ultimately be placed on the wall, traced with paint pens, and then filled in with paint.

While most of the planning for the mural took place in spring 2020, because of the pandemic it was November 2020 before the actual work on the wall began.

Over the course of 20 days, Quinn did nearly all of painting himself, with some help from his mother, his wife and children, and a few college-student volunteers.
“It was a big job,” Quinn says, as he squeezed in this project on evenings and weekends around his full-time job. “But it was just as much fun, and just as gratifying, as it was when I was in high school.”

And CROYA couldn’t be happier with the end result.

“We love the message ‘U Belong,’” Nahigian explains. “Obviously, it speaks so much to the message of what we strive to convey at CROYA. But like any great art does, the mural’s message transcends beyond CROYA’s walls to our entire community. I really sense that everyone who sees this wall feels connected to it in some way—they know they’re a part of something bigger.”

“It was pretty cold when Tommy was painting and he thinks there are some areas that might need some touch-ups this spring,” Nahigian says. “We’re going to organize our summer celebration of the mural around these updates and we’re really looking forward to it.” 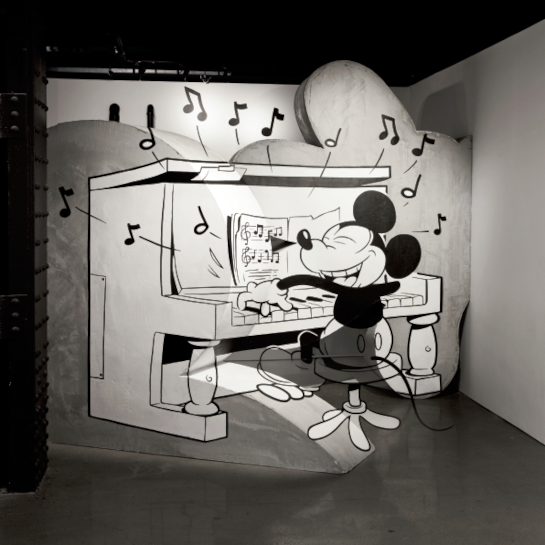 Quinn’s other projects include anamorphic art installations. Above: a Quinn work at Mickey: The True Original Exhibition, New York City.