When Chris and Lesley Fisher found their happily ever after, they knew there was only one place where their story should unfold—Lake Forest. 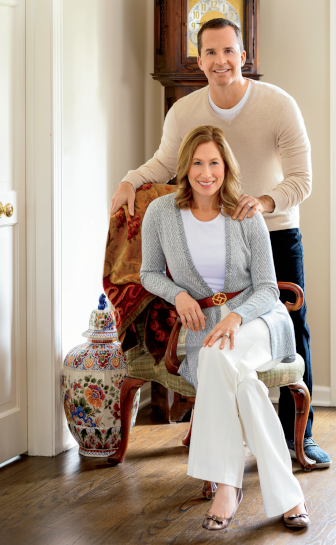 SOMETIMES A little push is all you need.

Chris Fisher moved to Lake Forest when he was in the eighth grade. And in those early teenage years, he was lucky enough to cross paths with Lesley Gimbel a few times. But it wasn’t until a month before his junior prom at Lake Forest High School that his close friend Chris Jasper gave him the nudge to ask Lesley out.

“Our first date was dinner at Rocky Rococo’s. We then went to see the movie Rain Man and Ben & Jerry’s for dessert,” Chris recalls. And as the story goes, Chris’ charm and well-planned evening sealed the deal for prom.

After a courtship that spanned the rest of high school and their college years, with hours spent driving around town visiting each other at work at either Knollwood or The Lake Forest Club, or living large buying snacks at the “Mini Mart,” Chris and Lesley each knew they had found “the one.”

Then one summer, after both Chris and Lesley had graduated from college and found jobs and roommates in Chicago—they traveled to Vermont.

“Chris’s family, originally from Vermont, returned there each summer for the annual Fisher Family Reunion. It was important to his parents that their children spend time together in that part of the country,” Lesley says. “I started joining in on that fun when I was 16.” That is why Chris decided Vermont would be the perfect place to propose.

“Our families were in on the plan,” says Chris. “I took Lesley out for a bike ride on Stowe’s mountain path, asked her to marry me, and she said ‘yes.’ Then back at the Mountain Road Resort, my parents had arranged a party for us.”

But the biggest surprise was yet come. “When my parents walked in the door,” says Lesley, “I was totally surprised. I just couldn’t believe it. Chris had planned ahead of time for them to be there to celebrate with
us. Their presence made the moment complete.” Chris and Lesley were married on July 26, 1997, at The Standard Club in Chicago.

“It was all we had hoped our wedding would be, surrounded by our families and closest friends.” After spending their newlywed years in Lincoln Park, the Fishers felt they “had done the Chicago thing” and were looking forward to a little quieter place to start their family.

“To be honest, Lake Forest wasn’t even on our radar when we were looking to buy a house in the suburbs,” says Chris. “We loved it, but in some way, it didn’t seem possible that we could actually raise our family there.”

But Chris and Lesley found their perfect first home in the then-new Conway Farms development in Lake Forest, where their twin boys Jake and Danny were born.

“We were hooked,” says Chris. “Once we were here, there was nowhere else we wanted to be. I had moved around a bit when I was a kid and I really wanted our children to have just one place to call home. I love that it’s Lake Forest.”

In 2002, the young family moved to the Everett school neighborhood, where Molly was born. After enjoying a decade there, the Fishers moved to their current home, to be closer to town and Lake Forest High School.

Although Lake Forest has all the comfortable and familiar feels to the Fishers, there is still so much that is fresh and new to them.

“It’s not at all like we’re reliving our childhoods with our kids,” says Lesley. “Even though my life was very full when I was growing up here, there’s just so much more available to them than we had. The programming is incredible—NVA, the Lake Forest Recreation Center, LFBA Baseball—so much! And our family has really found a special place at the Community Church.”

While Chris and Lesley have devoted countless volunteer hours on the APT, District 67 School Board, Allendale, LFBA, Beacon Place, and Reading Power—the Boosters Club at Lake Forest High School was the first board the two joined together.

“Working with Chris on the Boosters board was such a fun experience for us,” says Lesley, noting that a number of their high school friends are on the board with them (including Liz Jasper, wife of the famous Chris Jasper who gave Chris the all-important nudge to ask Lesley out). “There is just so much talent that people give freely. I’m often in awe of the sheer amount of time people are willing to offer so selflessly and with such focus to help others.”

While it remains to be seen whether the Fishers’ story will continue on with their children someday setting down roots of their own in Lake Forest, Lesley and Chris are enjoying witnessing their individual journeys take shape as they each attend college in the Midwest.

“Lake Forest is a very special place to raise a family,” Chris adds. “We have so appreciated seeing Danny, Jake, and Molly embrace everything Lake Forest has to offer. Their connection with the community has been more than we could have hoped for. It’s exciting to walk around town and see the next generation of young families who have moved to Lake Forest. They have so much to look forward to.” 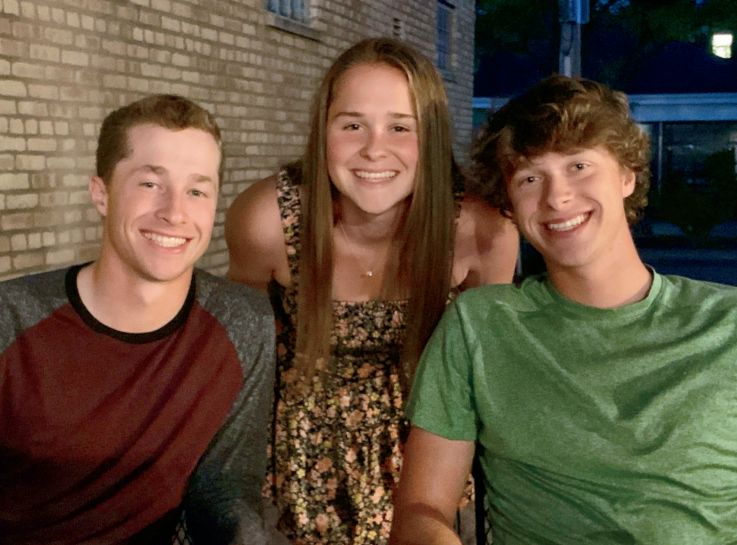 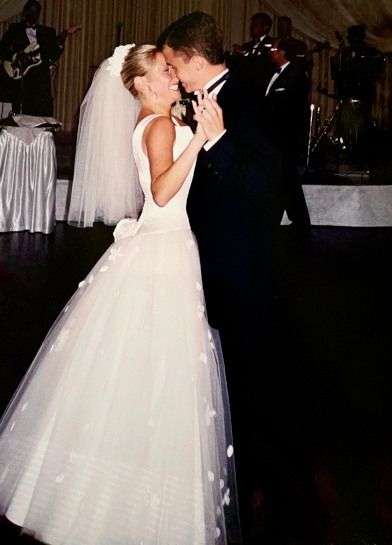