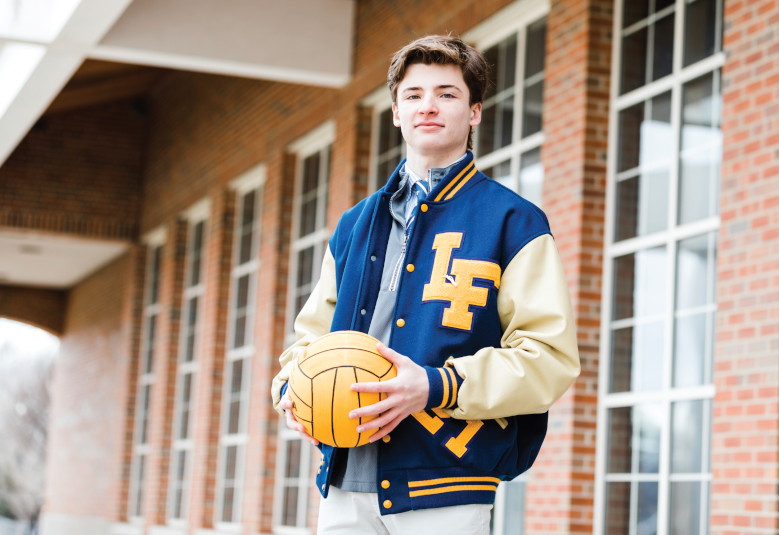 IN MID-DECEMBER, with his final prep swimming season on pause and his “commute” to school roughly the distance between his bed and a nearby computer screen, Lake Forest High School senior Andrew Clemmensen had not let the pandemic discourage him in the least.

Thoughts of a brave water boy from another generation— his late grandfather Richard Clemmensen, Seaman First Class in the U.S. Navy and a World War II veteran—fueled Andrew’s positive approach in and out of the pool during uncertain times.

“They rushed my grandfather to graduate from high school early, about halfway through his senior year, before he headed overseas to fight,” the 17-year-old Clemmensen says, adding Grandpa Dick commanded instant respect and radiated kindness. “Imagine the toughness he and other kids had to have when they were fighting for our country at such a young age. Their generation … it went through the Great Depression, disease, war. People made a lot of sacrifices and persevered. I’m kind of missing my senior year, as are my classmates, all while dealing with an entirely different kind of challenge.

“We, too, can get though this with perseverance.”

With words like those, ones capable of galvanizing any kind of squad, no wonder Clemmensen was named one of five captains for the Scouts’ boys swimming and diving team under coach Cindy Dell in the 2020-2021 season. Exhibit B: Clemmensen oversaw the construction of two tables—each built for able-bodied people and people with disabilities— and donated them to Bernie’s Book Bank in Lake Bluff for his Eagle Scout service project in the fall of 2019, even though he hadn’t had a sliver of carpentry experience before starting the task.

“Andrew,” Dell says, “does such a good job of keeping our athletes connected. He has enthusiasm for uniting the team. He’s an upbeat guy, super personable and inclusive, and incredibly hardworking. Andrew has matured so much in the last couple of years. I’ve noticed even more dedication from him, as a swimmer and as a leader, with COVID-19 putting our season on hold.”

Leading workouts via Google meetings has not always been smooth sailing for Clemmensen and his fellow captains, but Clemmensen owns the patience and resilience to make those virtual gatherings productive ones. And, under the direction of Clemmensen and several of his teammates, the Scouts designed a workout regimen to help generate funds on December 17 for the annual Hour of Power Relay event, which honors the late Ted Mullin and raises funds and awareness for rare pediatric cancers: Mullin, a Winnetkan, died from sarcoma in 2006 while attending Carleton College in Minnesota.

“Technology can be a little spotty when our team works out,” says Clemmensen, a National Honor Society member, who is thinking of pursuing a degree in mechanical engineering in college. “It’s definitely challenging at times. We’re figuring things out, though, doing all we can to make sure we’re ready whenever we’re allowed to compete again.”

At the North Suburban Conference boys swimming and diving meet in his junior season, Clemmensen, a breaststroker and freestyler, collaborated with a trio of teammates to earn a top-six medal in the 200-yard freestyle relay. The unit placed better than its seed time had projected, with Clemmensen clocking a personal-best split as the relay’s third leg. It marked the pinnacle of Clemmensen’s athletic career, to date.

“High fives all around,” recalls the 5-foot-11, 150-pound Clemmensen, who also competes in water polo and scored a goal in the Scouts’ lone varsity game—a victor —last spring, before concerns about the pandemic scrubbed the rest of the season. “The hard work, it all paid off for us on the day of the conference meet. So much of that success had to do with our coach. Cindy pushed us, encouraged us, supported us. She’s a ‘Yes, you can’ coach, plus a coach who sees the best in all of her athletes every season.”

Clemmensen saw 400 nailheads and hammered them all for his Eagle Scout project, sometimes toiling away with up to five others in his family’s garage until 10 p.m., and developing preparation, leadership, and woodworking skills along the way.

“You had to have an idea of what you wanted to do each day and then strive to complete it,” says Clemmensen, whose father, Chris, swam at Downers Grove North High School, and whose mother, Beth, competed in track and field at Glenbard South High School in Glen Ellyn. “My dad helped me, along with my Eagle Scout coach, Jim Mordini. My older brother, Connor (a business major at the University of Michigan), has also been an influence in my life. He was a Boy Scout and a swimmer and a water polo player. I followed in his positive footsteps.”

Clemmensen first set foot in a Lake Forest Recreation Center karate class at age 4 and earned his black belt in 2019. He has also been a percussionist for Lake Forest High School’s band and marching band since his freshman year.

“Andrew is the epitome of a student-athlete,” Dell says.

And someone who deserves a salute. 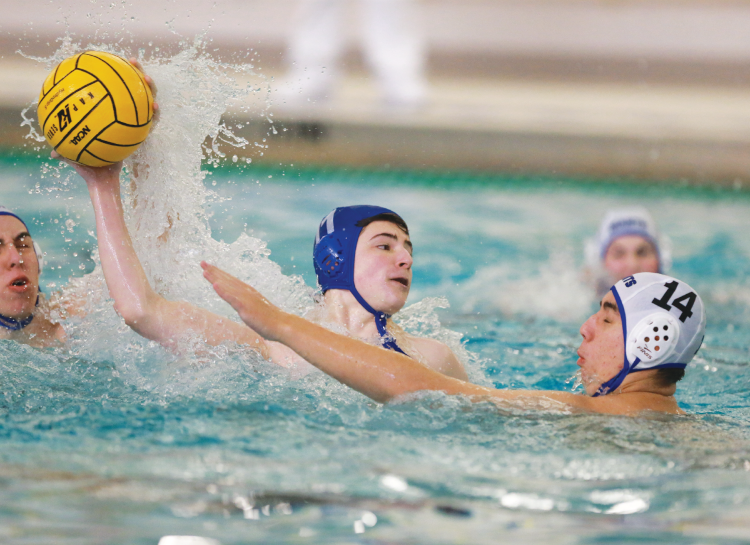