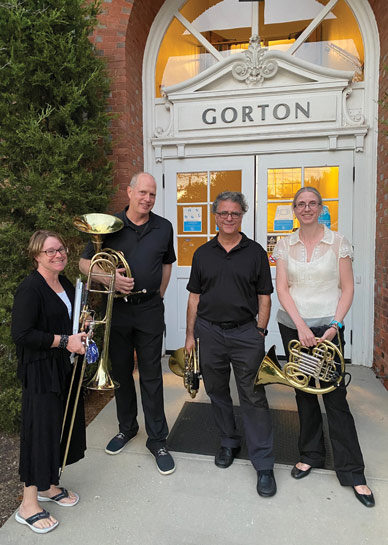 LAKE FOREST RESIDENT LoriLee Bielski spends a good portion of her day juggling responsibilities, making decisions, and doing her best to direct employees in the right direction as a partner in a global digital services firm.

But no matter what, she always makes time for herself … and her bassoon.

“It’s the one time in my week that I truly must focus on one single thing,” says Bielski, who has played the bassoon in the Lake Forest Civic Orchestra (LFCO) for the past 13 years. “I think it is almost a relief for me to follow someone else’s direction for a little while.”

Indeed, as a high-profile executive currently juggling a constantly changing business environment, Bielski has often used her participation in the LFCO as a metaphor within her work life.

“I’m an ensemble player, meaning that I must always know how to blend and harmonize, and these are the same things that are so important within any company,” Bielski says. “I even hire people who have played music at one time or another, because I then know that they are, in fact, center brained. They can essentially pull from both sides of their brain.” 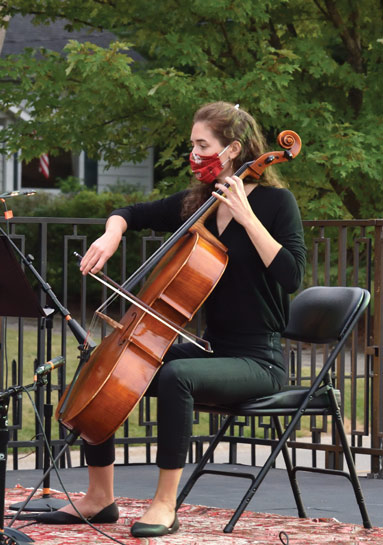 This intriguing trait is another example of the multiple benefits of leading a life that includes music—one shared by the 55 current members of the LFCO, an organization that spent a good portion of its 32nd season finding a safe outlet for talent, creativity and sheer sanity during the ongoing pandemic.

“Music is something that I can rely on, de-stress with, and have fun with,” explains LFCO President Howard Martino, who has sought solace in music ranging from Bob Dylan to Johannes Brahms in recent months. “It enables me to forget the stresses of life and let the music absorb into my soul.”

Granted, from the beginning of time, humans have often felt like their world was crumbling around them. And for members of the LFCO, many of the most moving pieces they play came from the most tumultuous of times.

“When I think of music making, I always try to get inside the head of the composer first,” explains LFCO Music Director Christopher Ramaekers, who is looking forward to his fourth season with the group—who performs primarily at Lake Forest’s Gorton Community Center. “Then, I think about the instability of the time in which they too lived, and I really do believe that it deepens our appreciation of their work.”

It has been a bit of a salve for this trying time in the history of the LFCO.

Mere days after a dynamic performance back in March, the world closed down due to COVID-19. And for several weeks, Maestro Ramaekers and the members of the LFCO found themselves in a bit of limbo as they devised Plan A, Plan B, and even Plan C for the future immediately ahead of them.

“We wanted to provide our membership an outlet to play if they chose,” explains Martino. “But we also wanted to ensure their safety.”

“This past summer, an ensemble I was in literally practiced in my garage,” Bielski chuckles. “We just wanted to make music in any way we safely could.”

The members will be the first to admit that even before the pandemic, the group was facing its share of challenges, including the age of their audience seemingly getting older each year.

“We are not immune from that, because the truth is that every orchestra had been facing this for a good number of years,” explains Bielski.

Yet during “Gortina,” where they performed Alexander Borodin’s String Quartet #2 Nocturne at the Ravinia-style event held in Gorton Community Center’s parking lot last August, the members of the LFCO began to see the tide turn.

“I truly believe that there is a new audience out there that is hungry for live performances of any and every kind,” says Bielski, who is also a member of a small chamber group within the LFCO. “To see all of the families who came out to enjoy that concert was a breath of fresh air for all of us.” 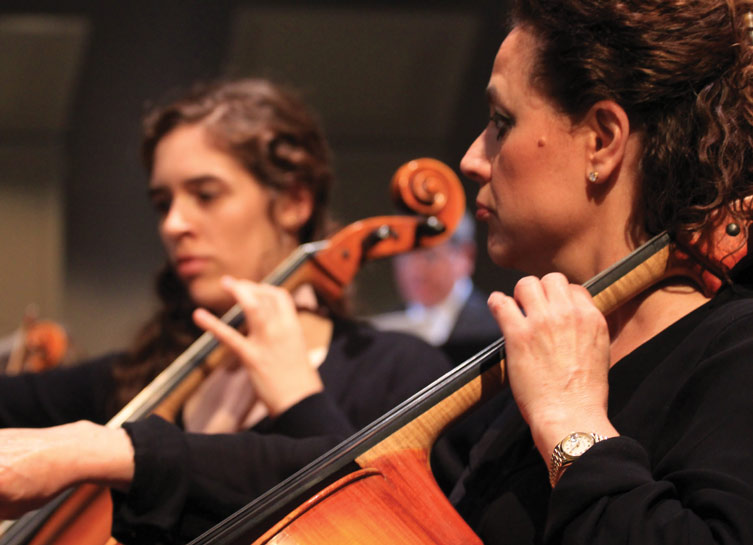 “Just getting the chance to stand in front of a group of people creating live music again was something I will never forget,” explains Maestro Ramaekers, who will lead the LFCO in two performances at their Holly Jolly Family Concert on December 5. “I can’t even describe the sense of normalcy it was for all of us. Yet, at the same time, it reminded all of us how not normal any of this is.”

And yes, there are certainly more challenges and, perhaps, more changes to come. For example, the group has been performing more chamber works as of late and delving into the works of more obscure composers, both new and old.

“It’s a time of adapting and contemplating new ideas,” Bielski says of the group, which is currently considering recording more performances for its constantly evolving audience.

“We are reaching out to our community to truly see what they want and need at this precarious time,” concludes Maestro Ramaekers. “Coming together in this way provides another level of emotion—an added dimension along with so much more honesty to our performances. When you are experiencing something like that together, it truly heightens the communal feeling of it all.”