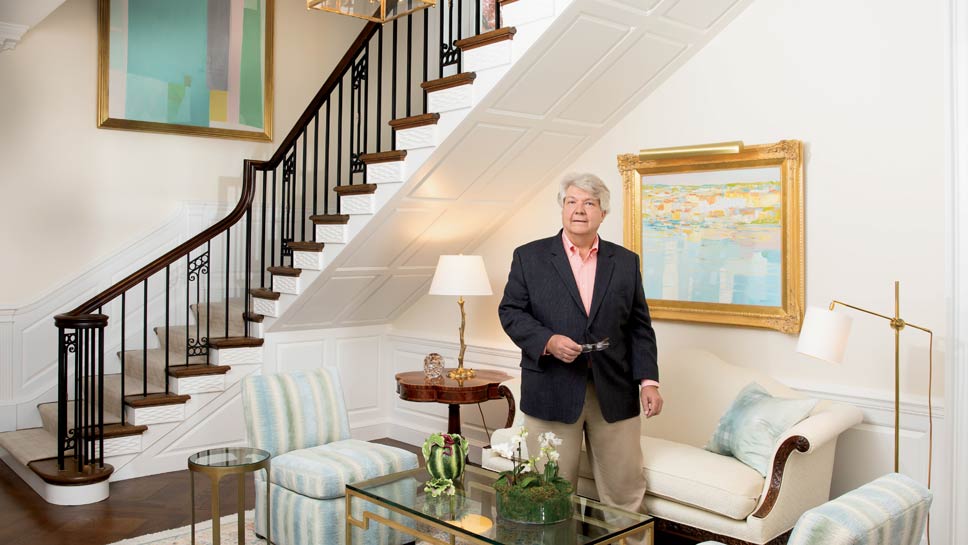 WHEN PAUL Bergmann reflects on his childhood, many of his memories are within the offices of renowned architect Stanley D. Anderson. Of course, prior to his death in 1960, most knew Anderson as the architectural visionary behind the signature Country Georgian style that quite literally transformed the landscape of Lake Forest. But as a fifth grader with a big curiosity, Paul Bergmann simply knew Stanley D. Anderson as the man his father worked with each and every day.

Paul’s father, William Bergmann, served as a partner at the historic architecture firm of Stanley D. Anderson and Associates. And on many a Saturday, Paul would accompany his father to the office to do everything from sweeping floors to emptying ashtrays. 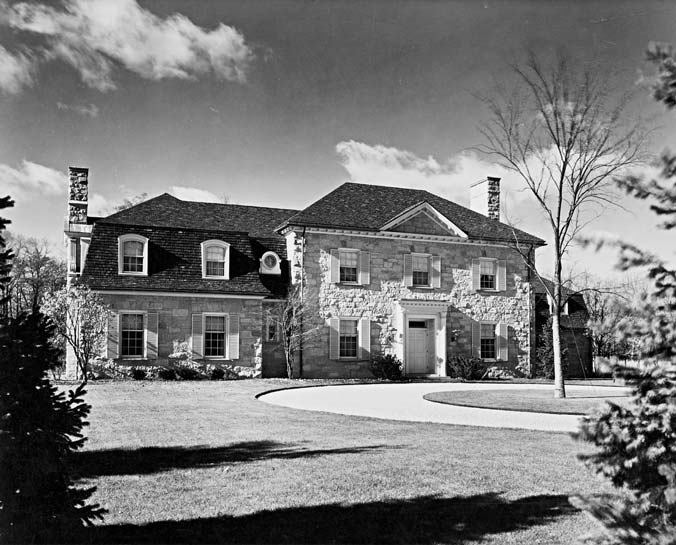 But as the years went by, Paul Bergmann was given more and more responsibility within the office, including the rather mundane job of tucking exquisite architectural drawings into a countless array of file cabinets within the Lake Forest-based firm.

“I was always intrigued with the really old ones,” recalls Bergmann in a recent interview with Forest & Bluff. “They were such beautiful houses from the 1930s. I was continually asking my dad where the houses were and if we could go drive to see them.”

But life often got in the way, so they would rarely have the opportunity to take that drive.

As William Bergmann got older, many of those unique drawings were ultimately packed up into boxes that found their way to the Bergmann household, essentially collecting dust as the world continued to turn.

“My dad always promised that he would sit down with me and go through the drawing collections we had and tell me the stories behind them,” remembers Bergmann, who also works as an attorney and is a lifelong resident of Lake Bluff. “But you know how it goes … those discussions never happened.”

But after William Bergmann’s retirement in 1992 and shortly before his death in 1994, he came to his son with an urgent request.

“One of the things he charged me with was to find a home for those drawings,” Bergmann remembers. 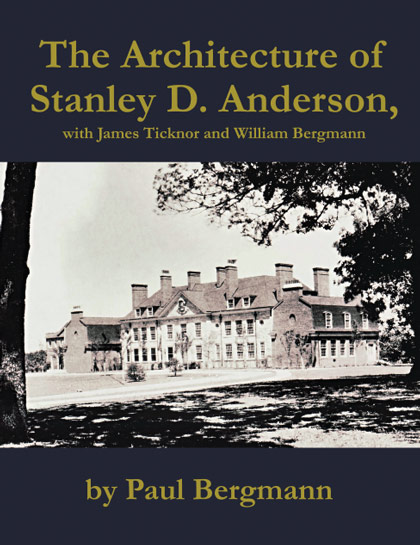 Bergmann’s new book, The Architecture of Stanley D. Anderson, with James Ticknor and William Bergmann, serves as the definitive look at the architectural works of Stanley D. Anderson and highlights many of the extraordinary architectural foundations of the homes and institutions that make Lake Forest what it is today. The book also drawings of works done outside the state of Illinois, from quaint vacation cottages in Canada to elaborate ranches in Wyoming.

“I still remember pulling out the very first drawers of drawings at my parent’s house and being almost overwhelmed by it all,” remembers Bergmann, who currently serves as a board member of the Lake Bluff History Museum and is a past board member of the Lake Forest Preservation Foundation and the Elawa Farm Foundation. “There was not only a mystery within those drawings, but little surprises within each one.”

Finding a home for more than 10,000 drawings of nearly 1,700 projects such as Lake Forest High School and the Northern Trust Bank building was not as easy as it might sound. While Bergmann originally thought that he would hand over the entire collection to The Art Institute of Chicago, he was made aware that they wouldn’t be able to accept his gracious offer unless the entire collection was indexed and archived first.

So, Bergmann got to work.

“Some of the drawings were of quite simple jobs, like repairing a screen door or fixing the back steps of someone’s porch,” the archivist of the Stanley D. Anderson Archives remembers. “But then, there were the drawings of some of the finest residences in Lake Forest and beyond.” 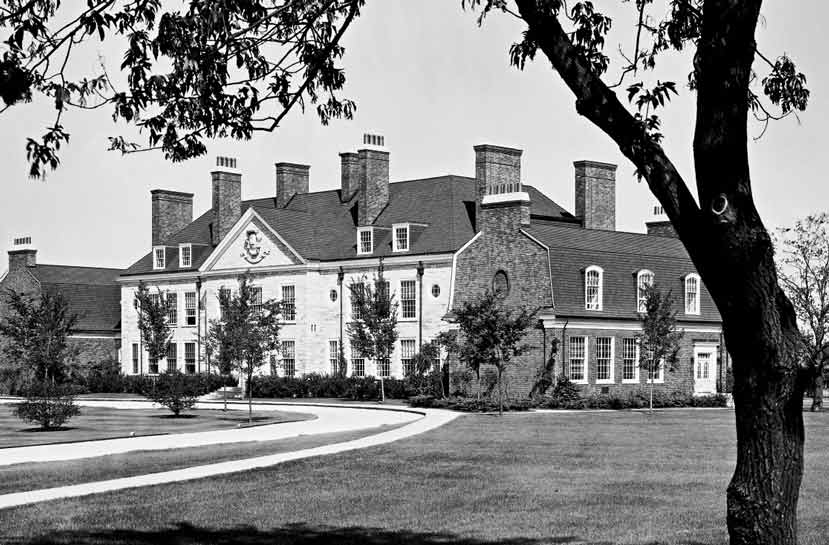 The only problem was that many of the drawings either did not have addresses listed on them, or the address had changed since the home was originally built.

“A home’s address in 1936 might not be its address now,” Bergmann remarks.

Therefore, Bergmann was left to scour through countless telephone books of the time and research various anecdotes about the properties. Finally, Bergmann was able to publish his book this year.

One of the residences featured in his book is Stanley Anderson’s very own house, which is now a part of Deerpath Hill Estates, a subdivision on King Muir Road that Anderson designed for Henry Turnbull from 1926 to 1929. As the story goes, Turnbull went bankrupt in the Depression, eventually giving the house to Anderson to cover the fees owed.

“We moved into this house in 1984, and I can still remember the day that William Bergmann, who was the last surviving architect of Stanley Anderson’s firm at the time, stopped by,” remembers Lake Forest resident Jim Opsitnik, who lives in Anderson’s aforementioned Deerpath Hill Estates home. “Not only did he tell us about the history of the house, but he also provided us with the original blueprints of the house. From that day on, I have worked on various upgrades to our home while working incredibly hard to not destroy its integrity.” 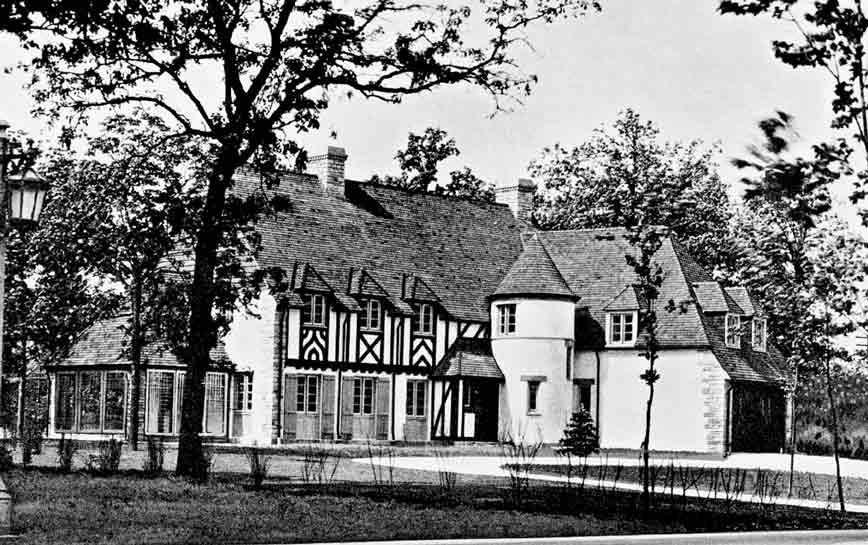 Bergmann notes that in the days leading up to the release of his new book, he was jumping out of his skin with excitement, thrilled that the project had was complete and the book would soon be out for others to enjoy.

He also could not help thinking about what his dad would think.

“I think my dad would be proud, but also quite surprised that I did this,” reflects Bergmann. “Some days felt like an endless jigsaw puzzle that I would never finish. But now that I have, it feels so very good.”