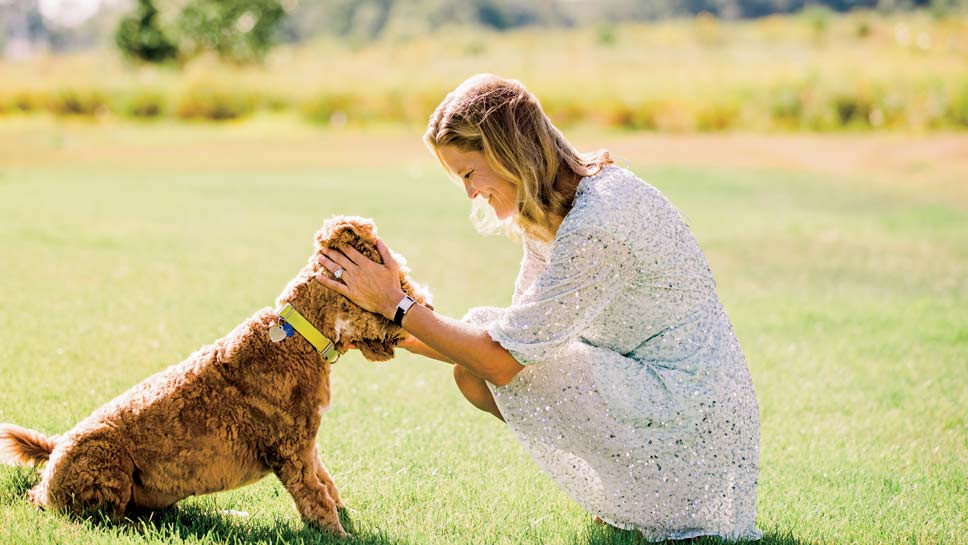 PAIGE NEWHOUSE WAS CONFUSED. She also felt tired after sleeping for 16 to 17 hours, when she should have felt wide awake. Ten years ago, after returning home to Lake Forest from a trip to the East Coast, she realized she had left her phone and luggage at the airport.

“My husband ( Jack) said to me, ‘Something is wrong, really wrong,’” Newhouse recalls.

Something was. Newhouse, now 40, underwent a brain scan. The initial diagnosis was frightening: an inoperable brain tumor. Six weeks later she learned she had Tumefactive Multiple Sclerosis. All kinds of complications ensued, from 2010 to 2012.

“I had to learn how to walk again, talk again, find my words again,” Newhouse says, in a new environment, being transplanted from Chicago.

Some eight years later, thanks largely to another lifelong ability— swimming—that resurfaced, Newhouse is stronger than ever. Lately it has been Newhouse in a rout, MS a lonesome crumb to Newhouse’s industrial vacuum cleaner.

“Got an MRI in early August,” says Newhouse, the mother of daughter Madison, 10, and son J.D., 7. “It was good. It was fine. And I’m receiving wonderful care from my doctor at Northwestern in the city.”

Competitive swimming netted Newhouse a boatload of state medals during her Greenwich High School years in Connecticut. It also nudged her to marriage. Paige and Jack, one year older than the former GHS butterflyer/individual medley racer, were NCAA Division I swimmers at Duke University. She captained the Blue Devils’ squad her senior year. 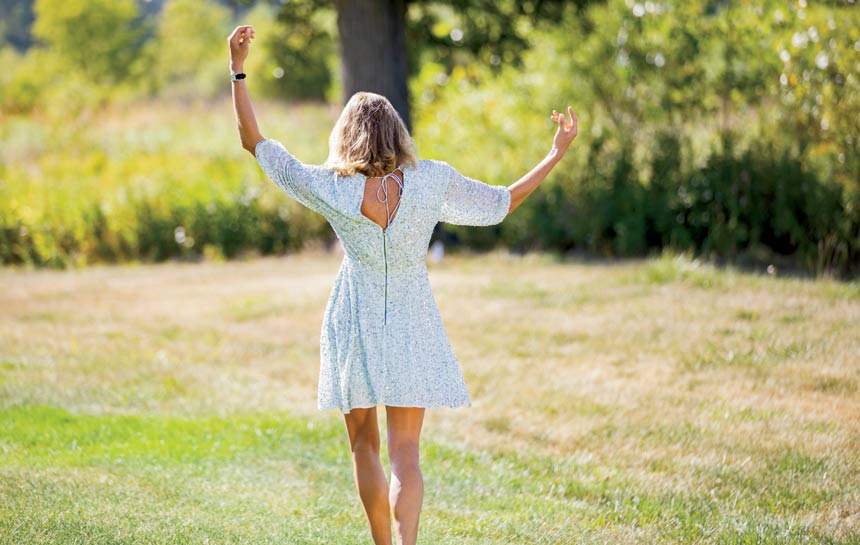 “Jack and I had the same head coach, an old-school coach, at Duke, and sometimes he made us swim 9,000 yards two times a day,” says Paige, who majored in Sociology with a Markets & Management certificate, collected a Graduate School of Education degree at Pace University in New York, and earned her J.D. at DePaul University’s College of Law.

“We swam all the time in college, it seemed. Our first date was dinner at a Macaroni Grill. So much bread … we ate so much bread together.”

She was chosen to be a part of Teach for America in the South Bronx. While she completed three years at P.S. 6x, she ultimately decided that she would be most helpful to the families if she had a law degree. So she moved to Chicago and, after completing her law classes, volunteered for Equip for Equality, a Chicago nonprofit that changes its priorities every three years—but while she was there, its focus was defending children.

Madison was born in 2010, J.D. three years later. The family’s six-month-old Goldendoodle answers to “Nugget” a.k.a. Chicken Nugget. Madison came up with that name, and she was not holding a medium Coke and small fries while doing so—her babysitter for many years had called Madison Chicken Nugget.

“Our children adore that dog,” Newhouse says. “I absolutely love watching our children run with our dog. Nugget races them all the time.”

Paige Newhouse zips in swim lanes. All. The. Time. She hit the pool water at Deerfield High School as a first-year COHO Masters swimmer in 2018. Newhouse was churning in a warm-up session when she met lane mate AJ Block for the first time. Block, a record-setting U.S. Masters butterflyer, had served for many years as Highland Park High School’s girls swimming coach before assuming the same helm at Vernon Hills High School in 2018.

“It was a competitive environment, with the two of us going about our business in the lane,” Block says. “I remember stopping and asking her, ‘Hey, got a name?’ Paige was friendly right away. She was nice and easy to like. Her personality, it’s a sunny one, a constant rahrah one. Paige likes to be a part of a team; she cheers for you and likes to hear cheers for her.”

She is drenched in perspective, too. Block noticed that immediately.

“It’s amazing,” Block says of Newhouse’s hearty approach to life with MS, in and out of the water. “I love the way she’s handling the cards she was dealt. Who wouldn’t think differently after that? But Paige has stayed positive. My guess is that she no longer sweats the small stuff like too many of us do.” 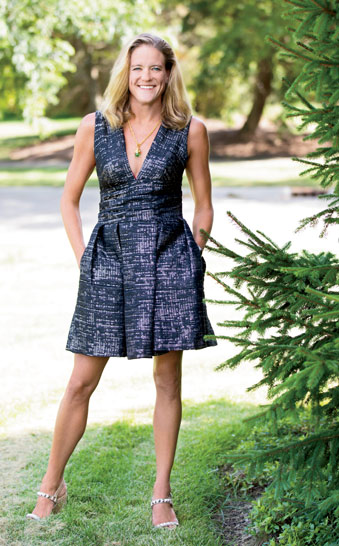 “I couldn’t find the campus pool on my first day,” Newhouse says. “I had to ask for help. Somebody took me through all these twists and turns, all these ups and downs. I got there, finally. I was late. I was nervous.”

Dodson told Newhouse to enter the pool and complete five 100s. Newhouse got in. Dodson barked, “Go!” At one point in the 500-yard exercise, Newhouse heard a swimmer state, “Okay, she knows what she’s doing.”

For months, Newhouse had been training diligently to compete in a national Masters meet scheduled for March of this year. But the pandemic scrubbed that gathering, spoiling Newhouse’s opportunity to Evinrude her frame as a young threat in the 40-45 age group.

What are you going to do? If you are Paige Newhouse, you move on from that tough news and make time to stroke and kick like you are a collegiate swimmer again. Five times a week, Newhouse’s comfy home away home is a lane in the pool at Exmoor Country Club in Highland Park.

“Swimming calms my mind,” Newhouse says. “I’m in better shape because of it, and it has introduced me to friendly people, to dedicated people. When I do laps I’m happy. But what keeps me going? My family.”

“Swimming at this stage of my life has been a godsend.”