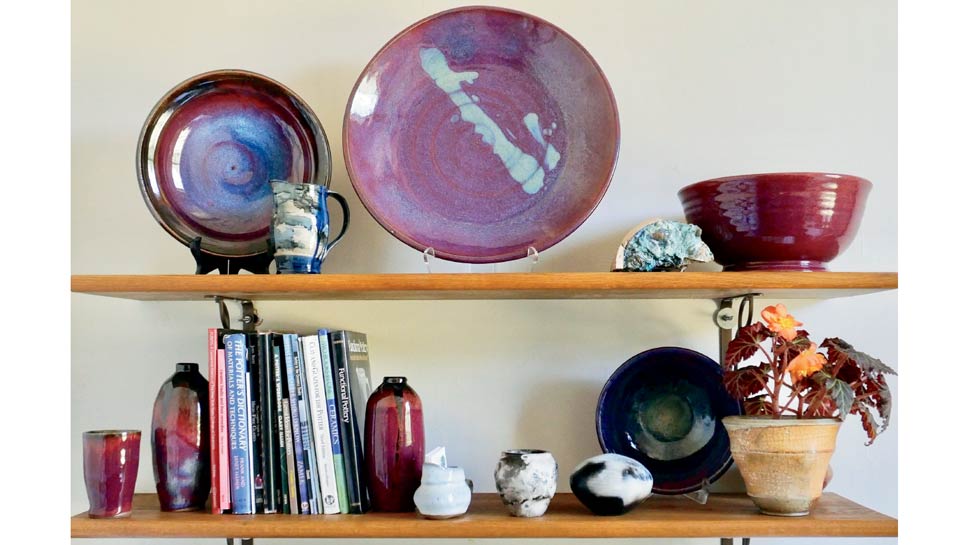 TUCKED AWAY in a wooded, southwest corner of Lake Forest, down a picturesque country-like road, and set on an immaculately landscaped campus, sits one of Lake Forest’s best kept secrets: The Stirling Hall Art Center.

It is difficult to enumerate the ways this hidden gem is so special. But the mere mention of its name evokes words of love and devotion usually only found in romantic poetry.

“When people come here for the first time, they are blown away by both the location and the facility itself,” says John Eldridge, recreational program manager of early childhood education, cultural arts, and special events for the Lake Forest Parks and Recreation Department. “A lot of art studios are in warehouses or they’re in the basement, so they don’t have a lot of lighting. Our facility has almost ceiling to floor windows. You know, entire walls are all windows, so it’s just very bright and open.”

Stirling Hall was built in 1927 and designed by architect Edwin Clark, who also designed Ferry Hall and the Lake Forest Library. It is one of four historical buildings on the Grove Cultural Campus, along with the Lake Forest-Lake Bluff Senior Center and the Music Institute of Chicago. The city of Lake Forest purchased the property in 1998, and renovation of the buildings began in the early 2000’s. 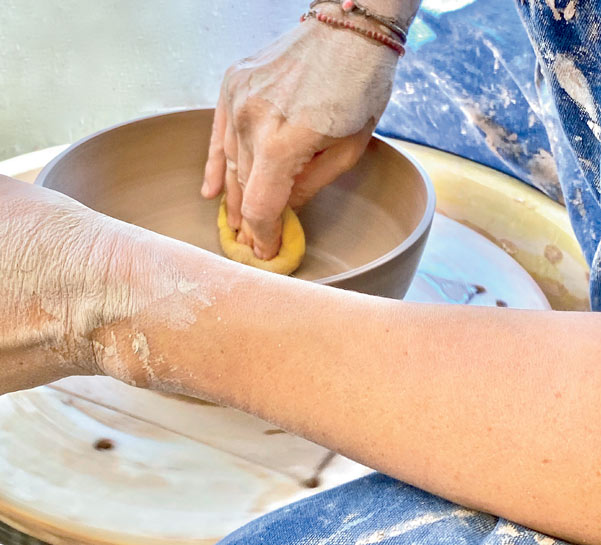 A Stirling Hall artist at work on the pottery wheel

The success of Stirling Hall can be attributed to the people that run it. Karen Avery has been the director of the facility for the past four years. Originally from Michigan, she moved to Chicago in 1990 and began working as a manager in a doctor’s office. “I picked up The Reader and I found a ceramic studio and started taking classes within days of moving here. I really liked the touch of clay. I mean, people find working on the wheel mesmerizing.”

As the years progressed, Avery became more and more involved at the studio and eventually realized that her managerial skills could be put to better use in the art world. Soon she began assisting at the studio and teaching classes. And while she never had any formal training, it is clear that Avery has always had a feel for clay. In fact, she discovered an amusing anecdote from a kindergarten teacher in her baby book: “Karen is fascinated with clay.” 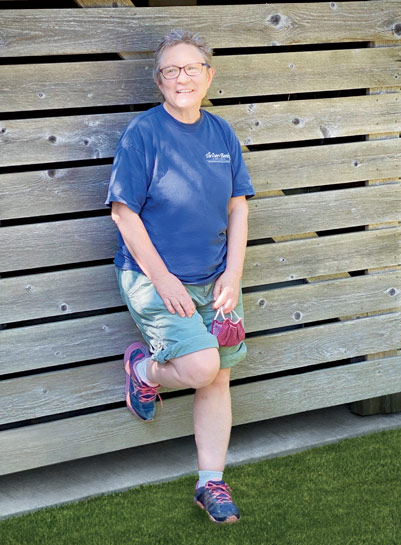 “Because we’re out in the middle of the woods at the edge of town, people have to know about us to actually come to us. And when they come to Stirling for the first time, they’re surprised we’re here,” Avery says. “They walk through and a lot of them end up taking either a ceramic class or a painting class with us.”

Laura Carney is a professional potter and part of what she loves about Stirling is the building itself. “It’s just such a beautiful place to work because you have these full-length windows that look out over nature and the light flows in. It is so nice.”

Additionally, Carney shares, “Karen is such a good manager. She’s so knowledgeable and very fair and she brings in these teachers who are at a really high level, higher than most places.” Carney also notes how fortunate they are to have Avery. The state-of the- art facility has several high intensity kilns, and working with them requires a great degree of skill and expertise. “People think you just put it in an oven and pop it out. But you have to know a lot to do it properly.” 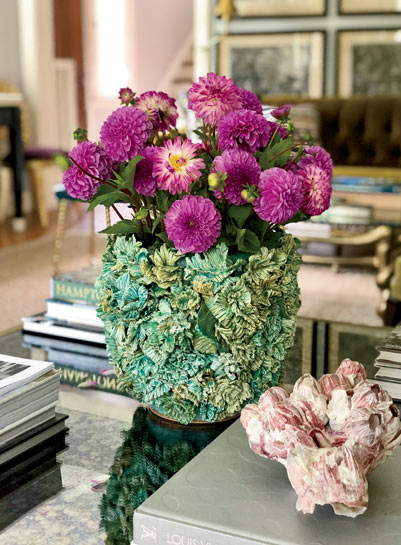 Kass O’Brien’s work in the home of a collector

Kass O’Brien is also a professional ceramicist and several years ago decided she wanted to get back into wheel throwing. “I went and took my first lesson with Karen Avery, and after that, I literally was going there almost every day, because they have an open studio,” she says. She explains that this open studio concept is almost unheard of in most places. “And I have to say that the instructors are probably some of the best I’ve ever seen. And I’ve become friends with all of them. It’s a real community. It’s like a family. Everyone is so kind and always open to help or answer a question.”

Should all of this sound intimidating, Avery is emphatic that all levels are truly welcome, and both O’Brien and Carney back her up on this. As they describe it, there is something almost magical and transformative about working with clay. They all basically guarantee that the first piece anyone produces will be ugly—and that is perfectly fine. It is all about the process. 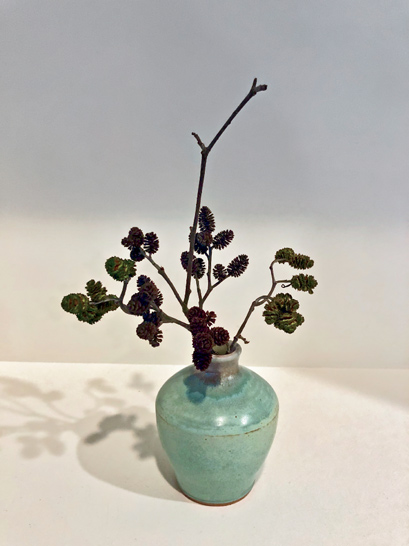 Avery likens it to learning how to play an instrument. “You know that you have to learn to play the notes and scales before you put together the song. So I try to bring that into the classroom. When I’m teaching, it’s like there’s a beginning point here and you work your way through the process. It’s a skill set that is built upon. So the more work that you make, the more time that you come in during open studio and experience it on your own, the faster you’ll become an experienced potter.”

Reopening during COVID has presented its own unique challenges, but Avery has put strict systems in place so they can offer classes. “We’re still trying to be a vibrant community,” says Avery. “We take this really seriously, including requiring masks at all times, temperature taking, and frequent hand-washing.” In order to comply with state protocols, they are limiting the amount of people they allow in any classroom as well as a total building limit. The legal limit is 50%, and to be safe, they are keeping the capacity just below that. 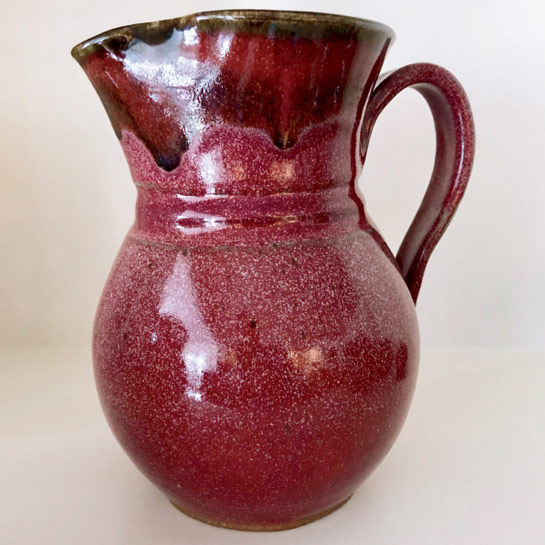 In addition to adult classes, Stirling also has a popular children’s program, run by art supervisor Debra Lerman. Even during COVID, children five-years-old and older can sign up for classes ranging from ceramics and pottery to drawing and painting. There is even a teen program where students can explore work on the wheel. “She’s so special,” Carney expresses, when speaking of Lerman. “She has quite a following.”

O’Brien concurs with that sentiment, and says that when she sees the kids come out of Lerman’s classes, “There is so much joy. And it is such a nice activity because it really calms them.” 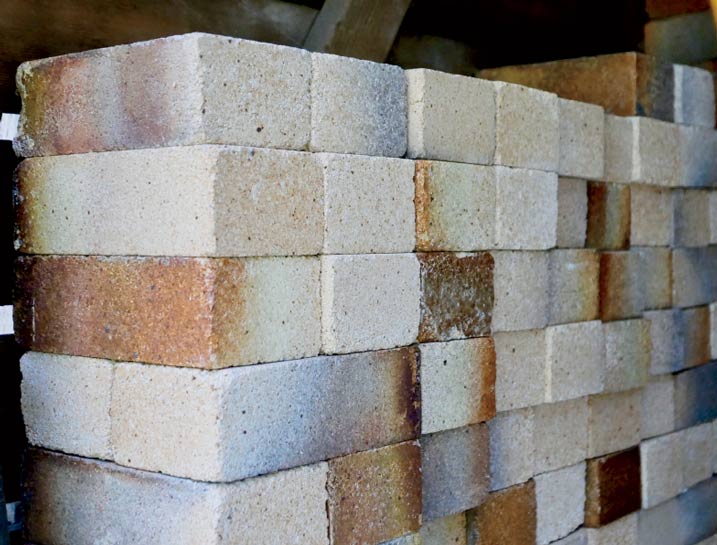 Bricks used to close the soda kiln take on color

“I think it’s therapeutic for anyone who does ceramics. It’s a good stress reliever. I know for me personally, being able to go to this studio that I belong to and just work all day, and get away from the tension right now, it’s very peaceful.”

And who wouldn’t want some of that feeling right about now.