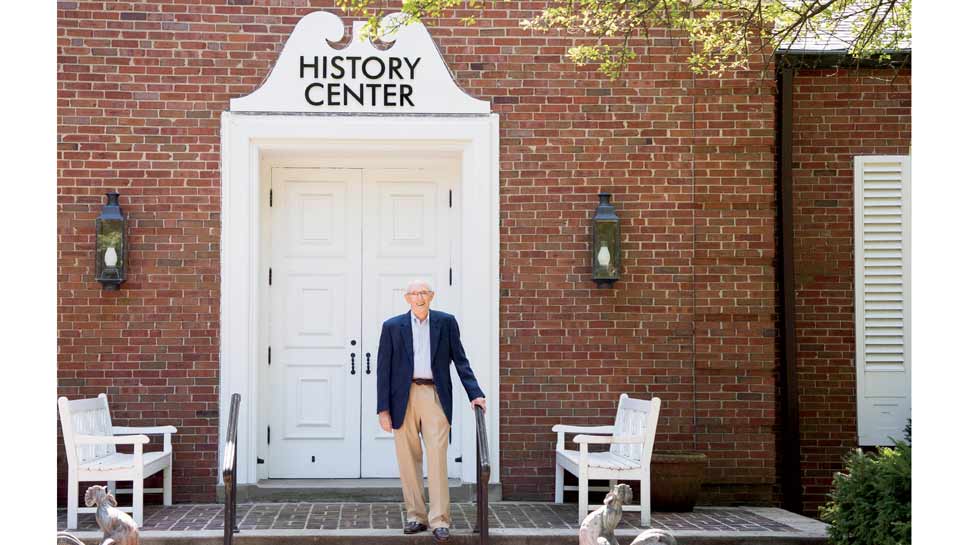 IT WAS 1953, and Eugene Hotchkiss found himself at a crossroads. After graduating from Dartmouth College and serving as an intelligence officer with the Navy, the Highland Park native still didn’t know what he wanted to do with his life.

But then, a telegram arrived.

“It was from the dean at Dartmouth, asking me if I would want to be an assistant to the dean,” Hotchkiss recalls. “That telegram has made all of the difference in my life.”

The 92-year-old with a gentle smile then stops for a moment, as a flood of memories fill his mind.

“I like to think that almost all of us have something that shows up and affects our entire future,” says Dr. Hotchkiss, who would go on to receive his Ph.D. from Cornell University in 1960. “It was that telegram that changed everything for me. It led me to a life in higher education administration.”

His remarkable contributions to higher education administration are what spurred the History Center of Lake Forest-Lake Bluff to name Hotchkiss as its 2020 Local Legend. Hosted by WGN Morning News anchor Larry Potash, this year’s event will serve as the 11th in which the organization has honored a Local Legend who has contributed significantly to the community and the world.

“This honor is certainly fitting for a man that is so loved by the community,” explains History Center Vice President Katie Hale of Dr. Hotchkiss, who served as President of Lake Forest College from 1970 to 1993. “Gene is truly the great communicator. He is a natural leader and we chose to honor him for the significant contributions he made not only to Lake Forest College, but to the community as a whole.” 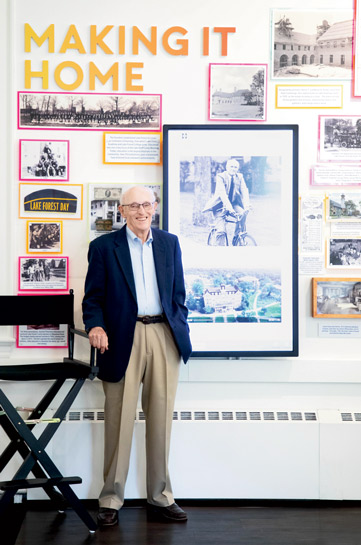 Hotchkiss in front of a recent History Center exhibit

Joining a long list of notable Local Legend honorees such as astronaut Captain Jim Lovell, Major League Baseball Hall of Fame Member Ryne Sandberg, and award-winning journalist Bill Kurtis, Dr. Hotchkiss says he could not believe he would now be able to add Local Legend to his already impressive resume.

“Well, I’m humbled and speechless,” Dr. Hotchkiss tells Forest & Bluff from his current residence at Lake Forest Place. “I guess I have to admit that I do have an ego though. So yes, I’m flattered.”

It is this quick wit that continues to delight all those who know and love Dr. Hotchkiss, a gentle man whose impressive resume and unbridled knowledge of life inside and outside of the classroom certainly are a treasure during these increasingly troubled times.

“I’m very glad I’m not in (Lake Forest College President) Steve (Schutt’s) position right now,” admits Dr. Hotchkiss, as the pandemic continues to loom just outside his window. “He is doing a great job and I have great respect for him, but I don’t envy him right now. The decisions he’s having to make every day … well, these are some compelling decisions.”

Of course, Dr. Hotchkiss also saw his share of challenges through his long and illustrious career. But he never let them slow him down.

“Challenges are what makes life interesting,” Hotchkiss chuckles. “I was never afraid of a challenge.” 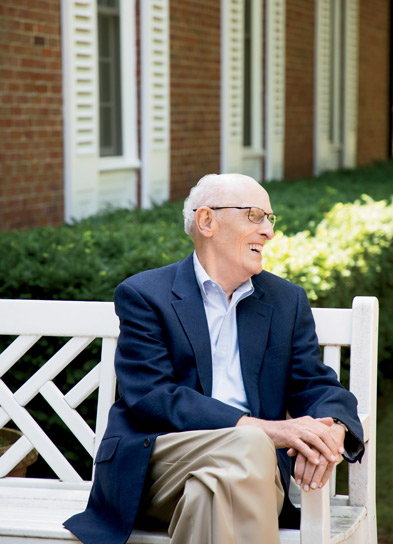 Indeed, when Hotchkiss took the reins as President at Lake Forest College in 1970, the institution was experiencing its share of troubles.

“(Dr. Hotchkiss) led Lake Forest College out of near financial ruin in the ’70s and became the bridge between the administration and the teachers and the students,” explains Hale of Hotchkiss, who remains the longest serving President at Lake Forest College. “He concurrently raised the academic standard while also raising the overall culture of the campus.”

“Lake Forest College was not in terribly good shape when I arrived,” adds Dr. Hotchkiss quietly. “I think that I brought it back to life. The faculty was strong and the program was good, but basically, they had run out of money.”

He then lets out a deep breath.

“But, you know, things were easier in those days,” he says with a smile. “Most of the time, it was great fun.”

And it is the sweet times that Hotchkiss chooses to hold onto these days. He sits and he thinks about the good times, the times he spent riding around the campus in a three-speed Raleigh bicycle, the times spent creating Lake Forest-based CROYA (Committee Representing Our Young Adults), and certainly the times he spent alongside his late wife Suzanne.

“Sue was a real companion for me and at the college as a whole,” Dr. Hotchkiss remembers. “She truly brought the college into the community. I remember the dinner parties we would have literally for strangers. My wife would ask ‘who’s coming tonight?’ and I would look at the list and sometimes, it was people we didn’t know. We would be there entertaining 20 to 25 people in the separate dining room in the basement, and Sue would always be there with a smile on her face.”

“I’ve been lucky to accomplish much in my life, but my greatest accomplishment was to have her as my wife,” he says, and then he laughs. “I’d be in trouble if I didn’t say that.”

Dr. Hotchkiss’ personal and professional accomplishments will officially be recognized at this year’s Local Legends event, which will take place virtually this year on September 24 at 7 p.m. Tickets are $50 per household. In lieu of congratulating Dr. Hotchkiss in person, sponsorships and opportunities to send a video greeting or a personal note to include in a keepsake book are available.

“Even at his age, he continues to be involved,” Hale remarks. “When Gene speaks, the room gets quiet. He just has a unique perspective on things and is well versed in so much. Plus, he is such a bright and engaging man.” 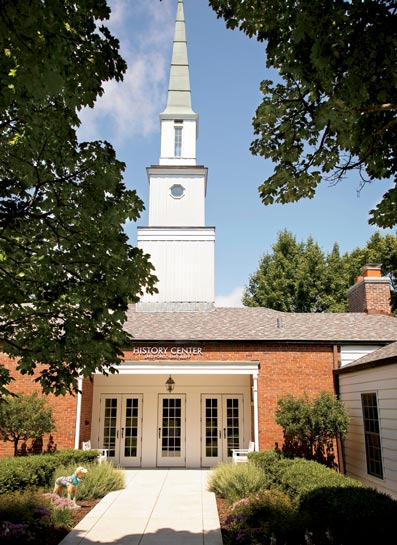 Indeed, Hotchkiss remains a voice of reason—a calming voice, a real voice for some unreal times. It makes one wonder what Hotchkiss would like his legacy to look like.

“Just hearing the word ‘legacy’ mentioned along with my name reminds me that, my God, I’m getting old,” says Dr. Hotchkiss, who still has an office at Lake Forest College at his disposal and continues to write various biographies and memoirs. “Talking about my legacy scares me. So does the word legend.”

He laughs, and then he grows serious.

“Truth be known, I walk through the campus and I know a few people…but not many,” he says with a tinge of sadness. “I hope that in the future, those who come across my name will say that he made a difference in Lake Forest.”