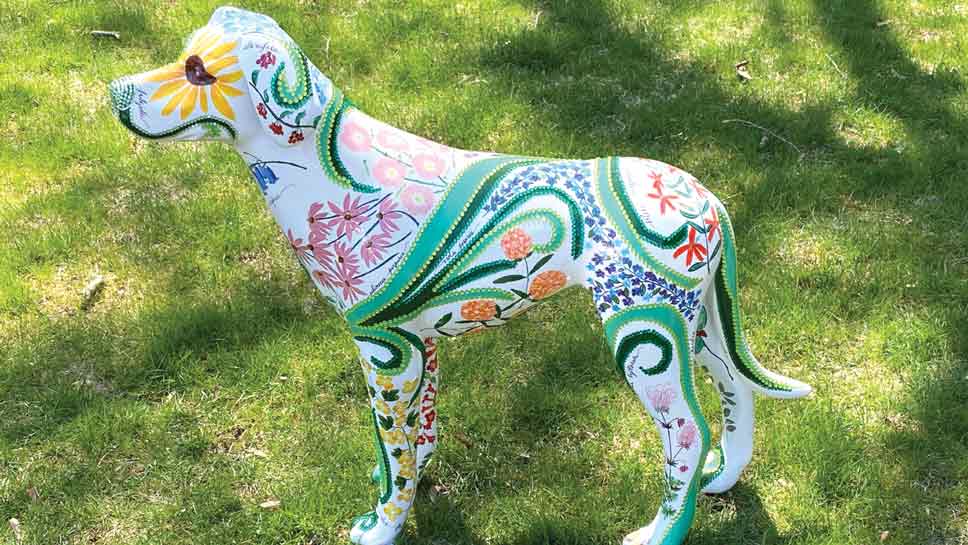 More than 70 delightful canine works of art take to the streets of Lake Bluff starting in mid-July as part of the Village’s first-of-its-kind Dogs on the Bluff public art display. These masterpieces were created to celebrate the 125th anniversary of Lake Bluff incorporating as a village in 1895. The display includes imaginatively painted fiberglass dogs, puppies, and fire hydrants. Some were created by sponsored artists while others were painted by individuals and members of local organizations.

Dogs on the Bluff co-chair Jennifer Leventhal enthuses, “The talent represented in this display is unbelievable! We look forward to sharing them with the community when we ‘unleash’ the dogs throughout the downtown area, on Park District grounds, and near several sponsor’s businesses in the commercial and industrial park.” A tour highlighting the dogs’ locations, sponsors, and artist information will be added to the Lake Bluff Walking Tours app when the dogs go on display. 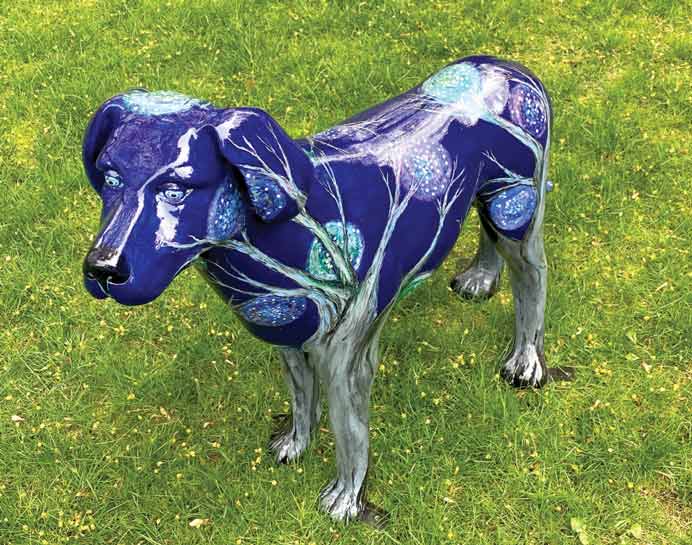 Many of the dogs have a story related to their theme, creative process, or the artist’s personal inspiration. For example, Lake Bluff Women’s Club’s pup, Bluffie, reflects the organization’s purpose and accomplishments, such as books representing the club’s role establishing Lake Bluff Public Library and service dog vests representing one of its current missions.

The Lake Bluff History Museum’s dog is aptly named Tales, reflecting the museum’s mission to share the history of Lake Bluff through narrative stories and programs such as the Ghost Walk and Distilling History events. “During the research phase I learned so much about Lake Bluff that I did not know before,” says Paulette Colo, the artist who painted Tales. “There are buildings in Lake Bluff that have long since been demolished or burned down, but you can almost still see them lining today’s streets.” 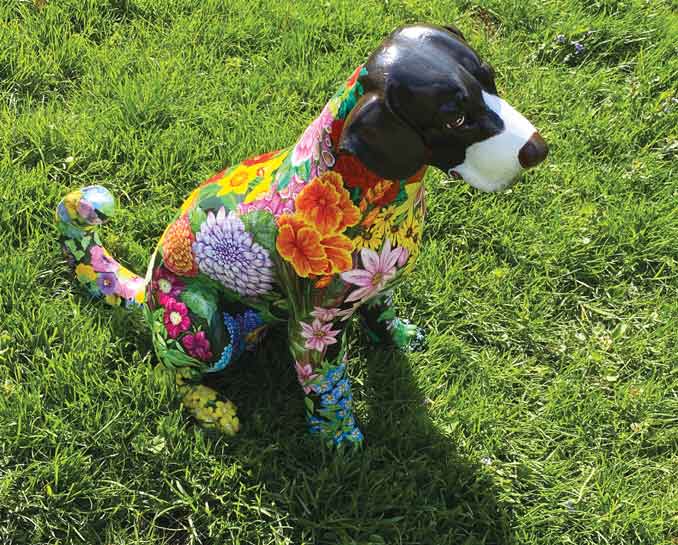 Blossom, by Pamela and Cameron Yager

The Lake Bluff Garden Club’s colorfully painted dog is called Blossom because … flowers. It was created by Pamela and Cameron Yager. The Silo restaurant sponsored two dogs, Silo, the mama dog and her puppy, Penny. These were painted by the restaurant’s daytime host, Linda Fiegen. Artist Laura Caroline Breakstone painted flowers and trees native to Illinois on her dog, creatively titled Dogwood. The Gore, Hirsh, and Valassis families recruited six cousins, ages 1 through 12, to create their canine work of art during the shelter-in-place period. The dog is called Lucky to Live in Lake Bluff, and it is covered in “heads-up” pennies that were carefully cleaned and shined before being placed on the dog. 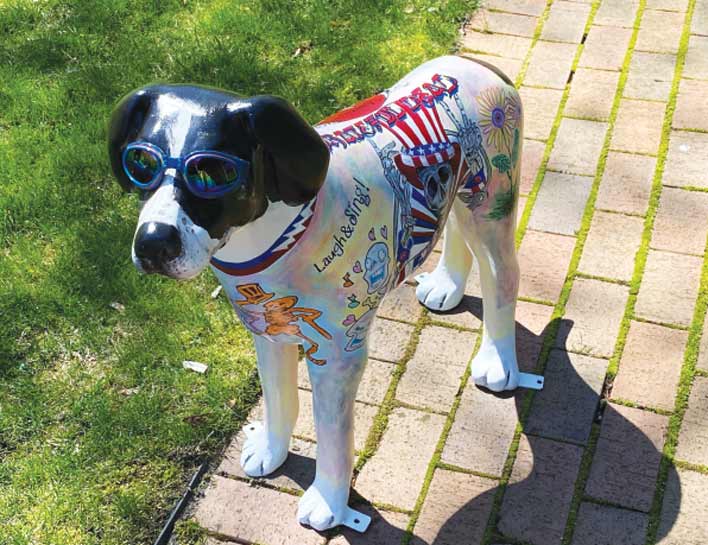 Artist, musician, and photographer Chuck Ignarski Jr. shares that he named his dog art “Johnny Cash, simply because JC oozes coolness.” The dog is modeled after Ignarski’s real-life dog, who also goes by that name. “Although I’ve worked on many projects prior to this one, this was the most ambitious to date. Being a musician, I wanted to do something that incorporated that theme. It had to be recognizable but cool, while also having a positive and fun message,” he says. Ignarski, who retired from the U.S. Navy after 23 years of honorable and distinguished service, also wants his dog art to convey optimism. “My true hope is that during these trying times that everyone is facing, the overall positive feelings of music and happiness will translate to all of the people who visit the display throughout the summer and fall.”