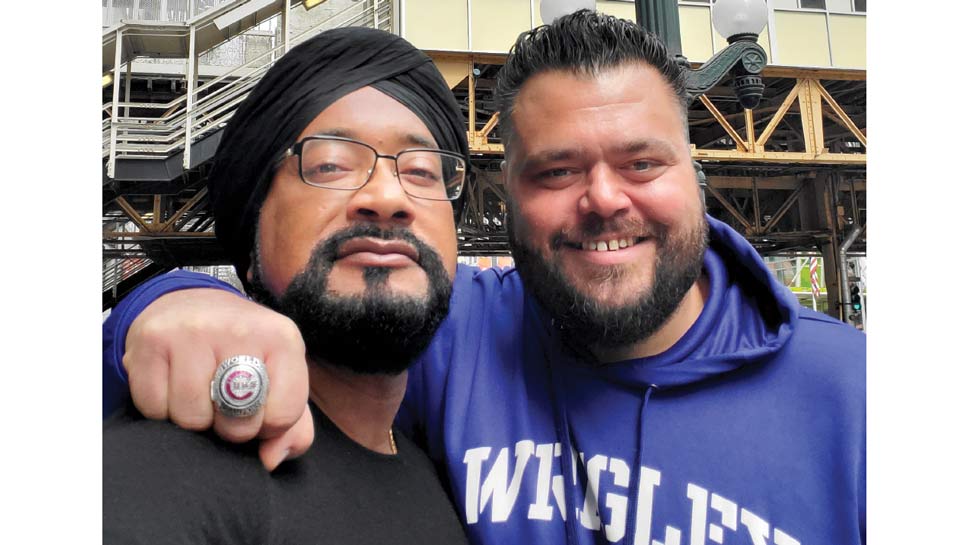 MENTAL HEALTH AMERICA reports that 6 million men are affected by depression in the United States every year, and yet men are far less likely to seek mental health treatment than women due to social norms, reluctance to talk, and downplaying of symptoms.

An exception to this statistic is beloved Chicago Cubs National Anthem singer and anti-bullying activist John Vincent. “My whole life people have told me ‘John, you’re too honest. You tell people too much,’” Vincent says. “But I say, why wouldn’t I be honest? I relate to people and if I can help them by telling my story, why wouldn’t I?”

Having suffered from depression for more than 25 years, at age 47 he’s experiencing life in the present beyond his depression and says, “I’ve never felt better.” He owes much of his evolution to intravenous ketamine treatments from IV Solution Ketamine Centers of Chicago, which made him “feel alive again” after only two days.

Famous for performing the anthem before Chicago Cubs games since 2003, Vincent’s ability to hold a note for an inconceivable amount of time has blown many fans away. While outwardly jovial and confident, he’s struggled with OCD, depression, and anxiety throughout his career. After a suicide attempt in 2018, Vincent confided in his psychiatrist and together they decided he should try ketamine because, he says, “What did I have to lose at that point?” He connected with me, as Chief Medical Officer of IV Solutions & Ketamine Centers of Chicago, and began his first treatment protocol in March 2019.

“Before ketamine, I felt like I was standing in front of a wall,” says Vincent. “What ketamine has done is brought me a ladder to get me over that wall. It’s changed my entire life.”

Now, Vincent does whatever he can to tell others about his struggles and what’s worked for him. He serves as an advocate for others suffering to speak their truth and seek help when and where they can.

“John was a different person after his first ketamine treatment and we are grateful for his willingness to share his experience with others,” says Dr. Nandra. “We want everyone suffering from treatment-resistant depression to experience the life changing effects of it, just as John has.”

As a child, Vincent was bullied for being smaller than everyone else. He experienced a growth spurt that left him less of a target, however, as he grew older he went from being a scared child to an angry adult. He soon found anger was getting him nowhere so he opened his heart and began speaking up about his mental health struggles. He now reaches thousands of middle and high school students around Chicagoland through his anti-bullying platform and appears at schools for free. With the COVID19 epidemic closing schools, he’s maintained connections virtually and also sings outside residential living facilities every Wednesday.

Prior to his regular ketamine infusion protocol, Vincent says he was always looking for answers to everything. As we’re all learning, now more than ever, that is not possible! He credits ketamine for shutting this “manic” part of his brain down for him to think slower, more clearly, and more controlled. “Ketamine is a connector and has helped restructure my brain. These types of treatments are so important during uncertain times.”

“Of course I still get sad, that’s normal, especially now,” says Vincent. “But the difference is, I know I can overcome sadness and live through it. I’m on a lifelong journey seeking peace and I’m grateful for ketamine for allowing me to do this.”

IV Solutions and Ketamine Centers is located at 300 Village Green Road, Suite 225 in Lincolnshire and at 712 N. Dearborn Street in Chicago. For more information, call 844-9-IV-MEDS (948-6337) or visit chicagoivsolution.com or ketaminechicago.com to watch and listen to our many patient testimonials, news, and radio stories.