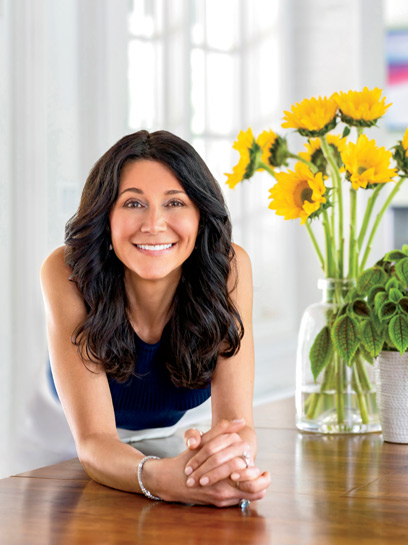 When Heidi Archibald neé Smith relocated from Jupiter, Florida to Lake Forest in 2002 with her then husband, Mike, and their 4-year-old triplets Kate, Belle, and Michael, she cried. The housing market at the time was hot, and Mike had fallen in love with a 1928 Tudor Revival home that had green-painted countertops and unsafe sharp slivers poking through the pine floors.

“I was almost in tears the day we moved in,” says Archibald. “We met with an architect to discuss a potential renovation, and the plans were quadruple our budget.”

Her mother, an avid Today show watcher, encouraged Archibald to apply for the show’s “Dream Kitchen” prize. The winner would receive help with a kitchen renovation, and the process would be documented in a six-episode arc on one of the first-ever reality television shows, This Old House. 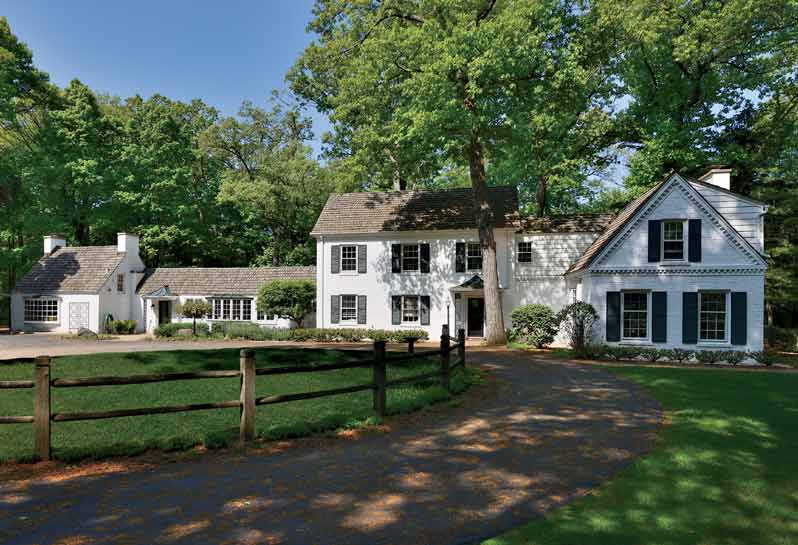 Archibald remembers sketching a floorplan for both her kitchen at the time and for her dream iteration, taking extensive photos and videos, and later biking to the local post office on deadline day to mail her application materials and hope for the best.

Two weeks later, she heard from Today—the Smiths were in the running. After narrowing the finalists down to three families and launching a nationwide vote, the show’s producers informed Archibald that she’d won. They broke ground three days later and, for 12 weeks, Archibald worked side-by-side with This Old House experts and a local design/build team to create her dream kitchen.

The footprint went from 175 square-feet to 400 square-feet to accommodate the young family, and the teams added beautiful period cabinetry and light fixtures, new appliances, smooth hardwood flooring and a bright breakfast area.

“People would drive by to see it,” says Archibald. “I was overjoyed. The remodel was not free, but it was a good value. That was when the design bug first really took hold of me.”

She thought the house would be her forever home but then baby William arrived a short 18 months later, and the family of six quickly needed more space. They moved to a nearly 6,000 square-foot 1960s home, then moved again, spending stints abroad in Singapore and Finland for Mike’s job.

“We lived in a condo in Singapore, and it was there that I realized you don’t need big to be happy,” says Archibald. “It was a relief not to have so much to take care of, and our family was much closer together. Bigger is not always better. It is about how you feel in the house.” 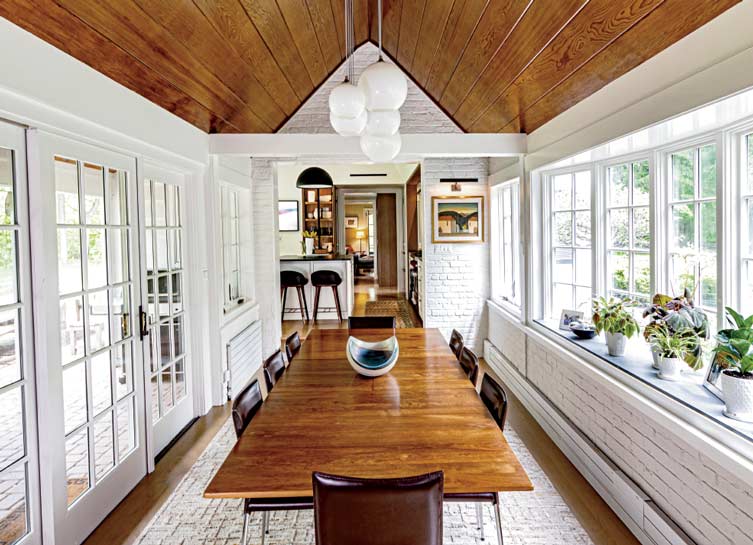 While living in Finland, where the pace of life is much slower and while her kids were in school, Archibald finally had time to study design in London. When she returned to the United States, she cut the size of her house in half and reached out to local builder Eric Goebeler about an internship with his firm in the hopes of eventually landing a full-time position. It proved to be a perfect fit, leading Archibald to five years of design work at The Goebeler Company.

During that same time, while on the job, Archibald met her second husband, Tim, an architect. She eventually joined him as a designer at his firm Midwest Architecture Studio in Market Square and now has her own growing roster of clients.

“The experience with This Old House helped me discover a passion and gave me the confidence to pursue it,” says Archibald. “Life is funny. A little impulse to prove a point about my terrible kitchen turned into a career. Upon reflecting on it as much as I have, we might not be here now otherwise. I definitely wouldn’t have met Tim. The builder I worked for introduced us.”

The pair have a love for design in common and, Archibald says, appreciate the same things, like cooking, gardening, a love of the outdoors, and the creative process. They just finished renovating and designing their 92-year-old home—yet another from 1928— together with a blend of mid-century modern elements and some collections from their pasts. 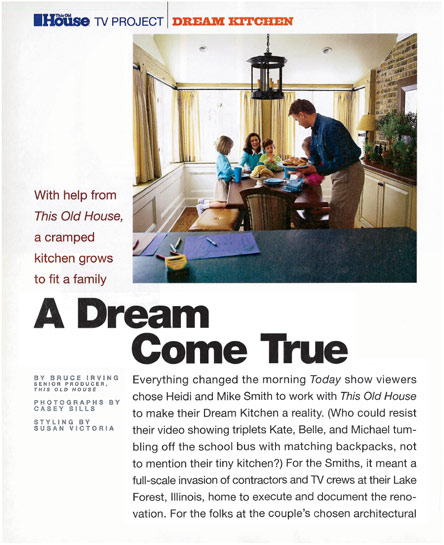 That said, Archibald’s taste has evolved, and she now prefers clean lines and a slightly more modern aesthetic. Even though she’s had five kitchens between This Old House and today, she notes that there are similarities between her dream kitchen and the one she occupies now, like Pietra Cardosa countertops and timeless white cabinetry. With six children between Archibald and her husband, Tim, they kept the larger footprint, too. 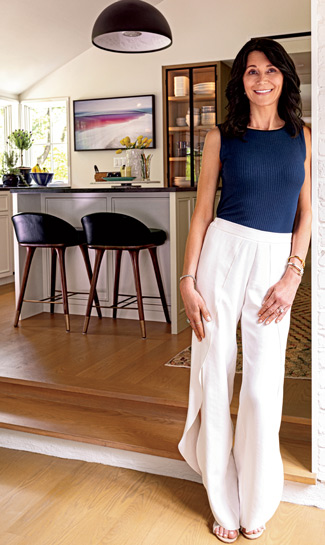 Archibald in her newly designed kitchen

Fittingly, Archibald says she designs with history in mind and encourages her clients to make beauty from the past. She recently helped an NFL coach’s family redo their home in Lake Bluff with the aim of creating an upscale beach house. A football fan herself, the project was especially gratifying for Archibald.

“I have tried to teach my kids to follow their heart,” says Archibald. “As you age, you hope that you’ll have a second phase of life to be excited about. This is my next chapter. I feel very lucky and sure am glad I decided to enter a silly contest on a whim.”