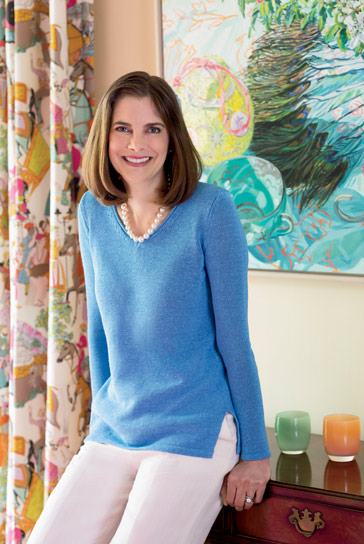 Faced with the reality of a yearlong recovery following a severe injury in January 2009, national bestselling and award-winning author Katherine Reay turned to her favorite time-tested novels for comfort, reading upward of 70 books in six months from writers like Jane Austen and Charlotte Brontë. “New stories required too much energy and imagination,” she says.

That said, unable to return to work as a marketer or to pursue hobbies like tennis and volunteering, Reay channeled the energy she did have into weaving a tale of her own in her first novel Dear Mr. Knightley, which follows a protagonist Samantha as she falls in love and learns to write her own story. The latter, of course, sounds familiar.

The book debuted to critical acclaim and was named a 2014 Christy Award finalist, 2014 Carol Awards winner for Best Contemporary and Best Debut, and 2014 INSPY AWARD winner for Best Debut. It was the first novel Reay had ever written, and she sold it to publishing giant Harper Collins in a three-book deal.

“It was remarkable,” says Reay. “It was a book I’d written during a time of pain when the blocks of my life were rearranged, so I did not really expect anything of it. The minute it sold, I had to figure out how to write another novel. Being an author is kind of like being an architect in that you’re only as good as your next project.”

For Reay, each subsequent novel—from Lizzy & Jane and A Portrait of Emily Price to The Austen Escape and The Printed Letter Bookshop—proved she was born to be a writer. Often described as love letters to books, Reay’s character-driven work examines the past as a means to find one’s best way forward. Unsurprisingly, then, Reay mainly finds inspiration from real life.

“If I know anything about humans, it’s that we are always changing,” explains Reay. “We are not two dimensional. There’s good and bad within all of us. I like to plug into those turning points in all of our lives, which happen at any age.”

For Reay, those moments happened when graduating from Northwestern University, marrying, having children, turning 40, and during the 17-plus times she’s moved—from Texas and England to Ireland and Washington—throughout her lifetime. With those major plot points always in mind, Reay begins her writing process. 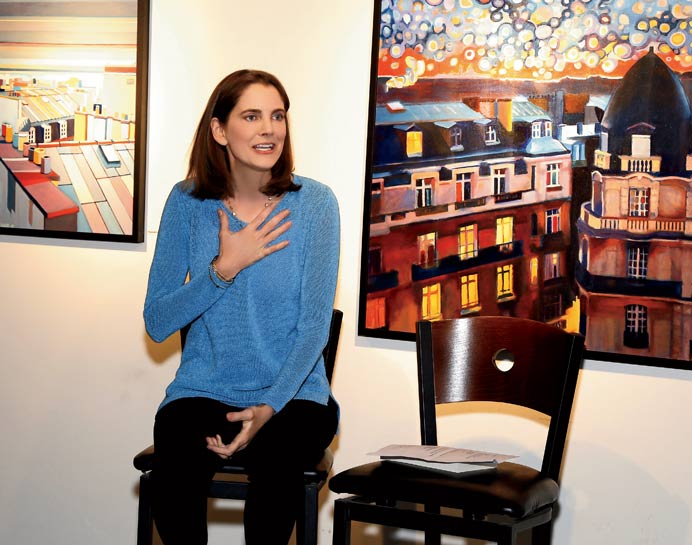 Reay giving a book talk in 2019 PHOTOGRAPHY BY LARRY MILLER

She knows where she wants her characters to begin and end but as for how they reach their ultimate destination? “Surprise me,” says Reay. “I love when the characters are angrier or more determined than I thought they were. I hold onto ideas loosely. If my characters don’t surprise me, then they won’t surprise the reader either.”

What continually surprises Reay about the publishing industry, however, is how many up-and-coming authors come to her for advice on how to ‘make it’ as an author, to which she simply says, “Keep writing.” In order to hone one’s craft or reach that next level, Reay explains, one must keep writing and searching for new ways to express things. “It is basic advice but also what matters most,” she says. To find story ideas, Reay voraciously reads, brainstorms with writer friends and “looks around.”

For her latest, the May 2020 Of Literature and Lattes, Reay for the first time returned to a past place and characters in the fictional town of Winsome, Illinois, where two friends discover the grace of letting go and the joy found in unexpected change. The novel can be read as a standalone book, but astute readers will recognize names and faces from The Printed Letter Bookshop.

“It was a great challenge to write a new arc for characters that people have already met,” says Reay. “The mother/daughter relationship intrigued me. How often do we clearly see our parents? Those relationships are so layered, and we all bring our own perceptions to them. I wanted to play with those misconceptions and misunderstandings.”

Relationships will always remain at the core of Reay’s work, especially those of a romantic nature. In fact, her first agent described the role of romance in a novel as the whipped cream on a sundae, in that it should never be left off but does not necessarily need to be the primary ingredient. 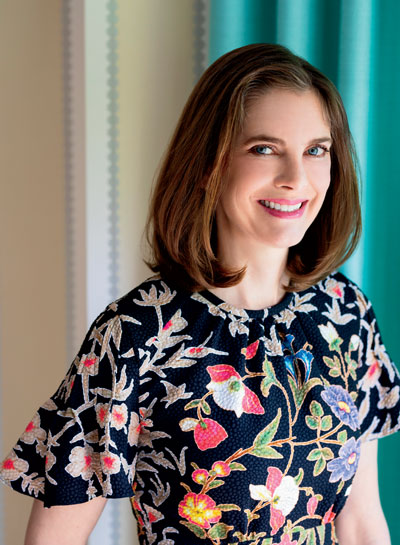 Another ingredient in Reay’s novels is scene, which she often uses as its own character. There’s always a reason, Reay says, why she places her books where she does.

“Everything is a character to me,” she explains. “I always place my books in places I’ve been or lived so I understand the culture. I just finished a novel in Boston, London and Paris. It’s fun to explore new places. If all goes well, it’ll be out in 2022.” 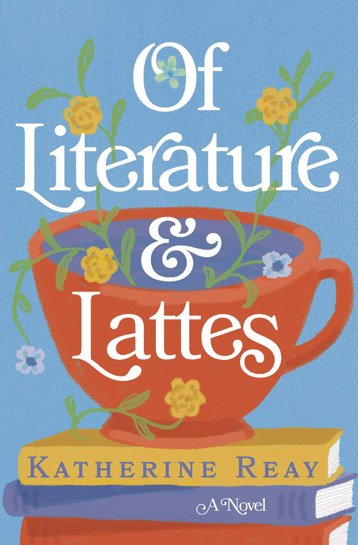 There’s no place like home, though. When not plotting a character’s next adventure, Reay loves walking to the Lake Michigan beach—she walks six to seven miles each day—and spending time in her garden. She’s also working her way through a summer reading list filled with spy novels and mysteries by authors like Daniel Silva, Anthony Horowitz and Erik Larson. “I cannot wait for the reopening of Lake Forest’s bookshops and libraries,” she says. “We love our community here.”