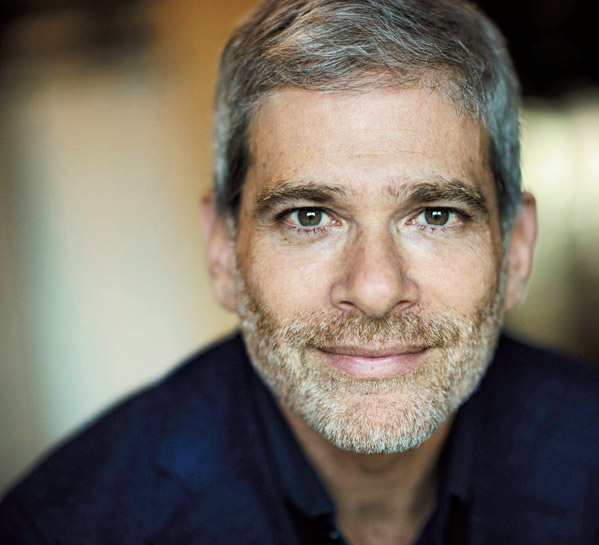 Some say timing is everything and author Jason Rosenthal may now agree. His memoir, My Wife Said You May Want to Marry Me, a book primarily about losing his wife Amy Krouse Rosenthal to cancer, was released April 21 as the world was home sheltering in place.

“I’m not sure I’d call this perfect timing,” says Rosenthal whose promotional book tour had been canceled, as well all of the celebratory events surrounding it. “But it is interesting that my book came out at a time when so many people are experiencing some type of a loss—whether it be the loss of a loved one or the loss of a job, whatever it may be—loss is loss. And that’s much of what my book talks about.”

Rosenthal was catapulted into the spotlight by his wife—famous children’s author and former Lake Forester Amy Krouse Rosenthal—when three years ago she wrote a love letter to her husband as she battled through her final days with ovarian cancer. It ran as a New York Times “Modern Love” column, under the headline, “You May Want to Marry My Husband.” It was a personal ad, of sorts, for a potential suitor for her husband.

“I have been married to the most extraordinary man for 26 years,” she wrote. “I was planning on another 26 together … If he sounds like a prince and our relationship seems like fairy tale, it’s not too far off, except for the all of the regular stuff that comes from two and a half decades or playing house together. And the part about me getting cancer. Blech … I am wrapping this up on Valentine’s Day, and the most genuine, non-vase-oriented gift I can hope for is that the right person reads this, finds Jason, and another love story begins.”

To no one’s surprise, this selfless love story went viral. More than five million people from around the world read it. Yet Amy never knew of all of the lives she touched as she passed away at home in hospice care, 10 days after it was published, on March 13, 2017.

“Those days and weeks after Amy died were all a bit of a fog,” Rosenthal says. “She died so soon after the story came out that there wasn’t much time to absorb what was happening.” Instead, Rosenthal turned his attentions inward and focused on his three children with Amy—Justin, Miles, and Paris—and their healing in the aftermath. He also remained very close to Amy’s parents who still lived in Lake Forest at the time. “We spent many Sundays with the kids traveling the 26 miles between our house and the Krouses where we would spend the day with Amy’s siblings, spouses, and children,” he remembers. “Family was everything and is everything. We have an incredible network of family and friends—mine included—that got us through those dark first days.”

But Amy’s New York Times piece elevated Rosenthal to a very public stage and to being “that husband,” he says. “I went from being an attorney living a quiet life to someone the world could turn to for advice on grief.”

A year after Amy’s death, Rosenthal delivered his first TED Talk on loss. “I think I was surprised at how much my story connected with people,” he explains. “That’s when I realized that it doesn’t matter what kind of loss it is to feel grief, loss is loss. I was able to tell people that you can be in the worst depths of grief, in a serious period of loss, and still come out on the other side. It will pass.”

Rosenthal’s TED Talk set the foundation for his memoir, My Wife Said You May Want to Marry Me. 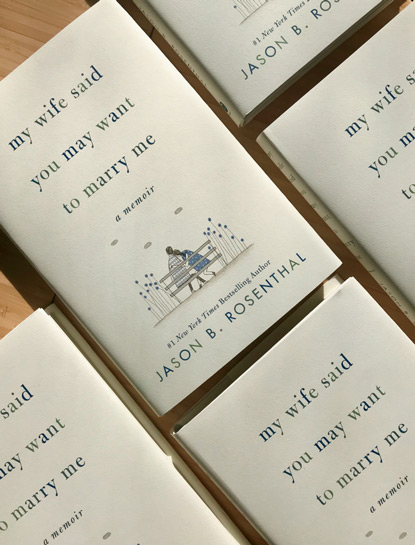 “I think subconsciously I had been thinking about taking a step back from my law and real estate career for a while,” he says. “Writing this book really became a full-time job and gave me a good excuse to evaluate what I was doing with my life and where I was spending my time.” In addition to writing, Rosenthal set up a foundation in Amy’s name, funding ovarian cancer research and children’s literacy, an organization he oversees from the dream home he built with his wife in Chicago, close to Wrigley Field.

A story with Rosenthal would be incomplete without knowing if his wife’s plea for a love match for her husband had been made. And while he provides no details, he confirms that he is indeed in a relationship.

When asked if writing his memoir is the end of one chapter or the beginning of another, it’s the only time Rosenthal hesitates to answer. “Amy gave me permission very publicly, in a way only she could, to find happiness again. So, I don’t know. It’s definitely a new chapter and one where I’m open to see what comes.”

Jason Rosenthal’s My Wife Said You May Want to Marry Me: A Memoir is available at the Lake Forest Book Store, lakeforestbookstore.com.