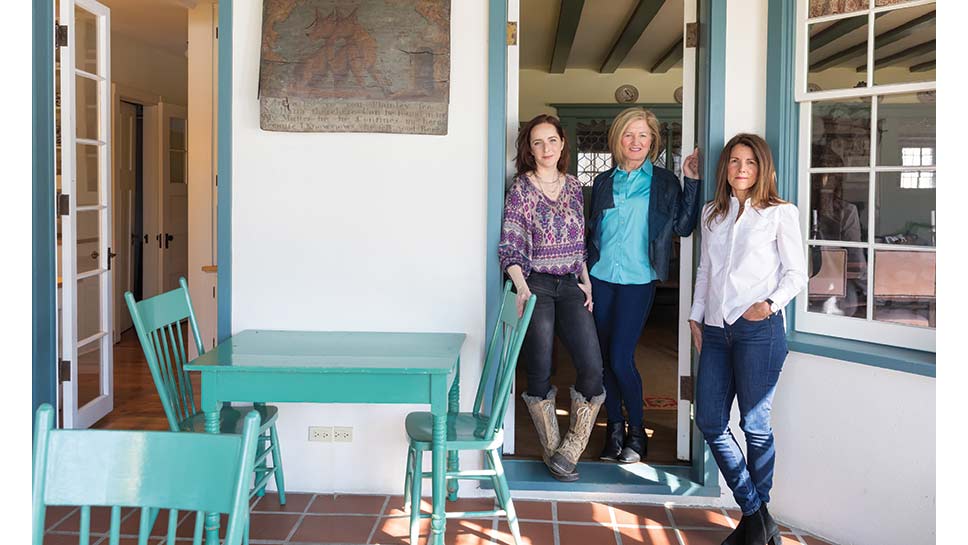 Eleven years ago, Sue Shattock and her family had just moved to Lake Forest from England. One day, she found herself flipping through a recent issue of Forest & Bluff and came across a story about Ragdale’s signature fundraising event Novel Affair.

“That year, Ragdale hosted Elizabeth Stroud as one of its guest authors,” Shattock remembers. “I had literally just finished her newest Pulitzer-winning novel Olive Kitteridge and here Elizabeth Stroud was coming to speak at Ragdale. I couldn’t believe that there was an organization in Lake Forest that drew writers like her.”

Ragdale is a nonprofit artist residency program, located in the Arts and Crafts architect Howard Van Doren Shaw’s Lake Forest country estate. It is one of the oldest and largest artists’ communities in the country. Built in 1897, the Ragdale House is listed on the National Register of Historic Places. In 1976, Shaw’s granddaughter Alice Judson Hayes transformed the family’s summer house into an artists-in-residence program. Today, Ragdale hosts more than 200 creative practitioners from around the world and serves students and teachers from more than 60 regional schools.

It wasn’t long before Shattock found herself at a number of Ragdale events, including Novel Affair. Novel Affair brings a curated group of authors together over the course of a weekend to raise money in support of Ragdale.

After Shattock attended Novel Affair’s cocktail parties and intimate dinners for more than a decade, Jeanna Park—Ragdale’s Board of Trustees president and fellow book club member—suggested that Shattock and her husband host a Novel Affair dinner at their home last year.

“We were paired with authors Laura Lippman and Jamel Brinkley,” Shattock says. “Before dinner, we placed two chairs in front of the fire and they each spoke about their craft and what they were working on. The conversation flowed freely. It was just so extraordinary. And then to have them each at our dinner table and hear what they had to say about their writing—and the world in general—was just fascinating. After hosting once, we had to do it again.”

This year, Shattock is among five North Shore families hosting a dinner for this year’s lineup of authors and artists. This year’s Novel Affair class includes:

“Writer Rebecca Makkai has worked for the past three years with authors Jean Kwok and Charles Finch to engage our participating authors,” explains Park. “Their professional relationships, and Ragdale’s reputation among writers, allow us to secure such prestigious participants for Novel Affair. These authors not only donate their time to attend the cocktail party and an intimate dinner, but they also participate in classroom presentations for Novel Affair School Day.”

Novel Affair School Day is where each of the guest authors visits an area school as part of Ragdale’s outreach to the community. They visit schools from Chicago to Zion to help foster healthy self-expression and creative career opportunities. Novel Affair Day is supported by more than 30 sponsor families and their contributions allow all programs to be free for schools and for local teachers to attend Novel Affair’s Saturday cocktail reception and book signing at Shoreacres with all of the featured authors.

“The comedian Stephen Wright was once asked if he was ship wrecked and could only have one book, what would it be?” says Rosemary O’Connell, chair of Novel Affair for the fourth year in a row. “His response was a book on how to build a boat! I was raised in a family of voracious readers; however, Ragdale was the book that showed me how to build the boat that opened my mind to the inner world of the artists. It is one thing to read a book; it is another to truly get to know the author and the meaning behind the words. My mission is to bring our surrounding community into that inner circle that I have been so fortunate to be in over the past several years.”

Due to the COVID-19 health crisis, this event has been postponed until October 2020. To learn more about Ragdale, visit ragdale.org.