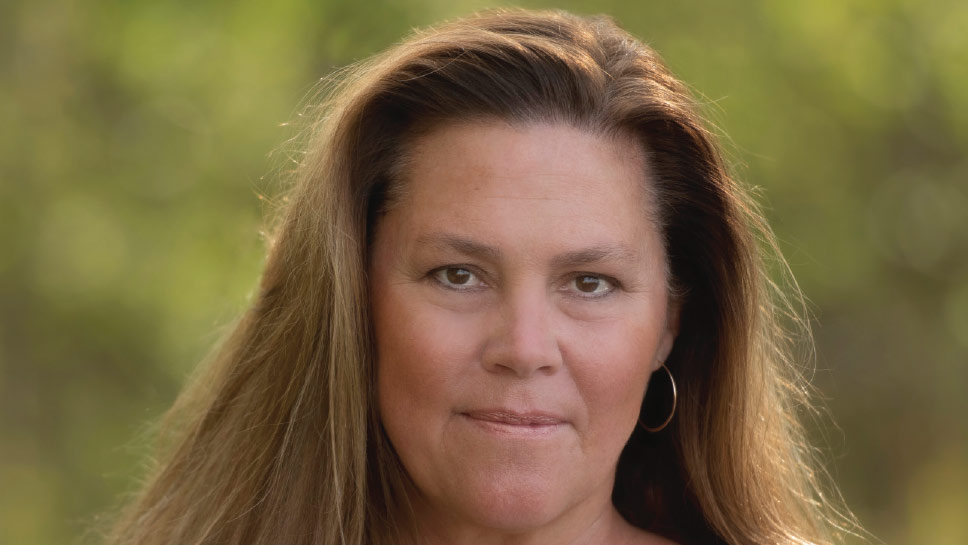 So now what? This is the central question for four women stuck in major midlife crossroads in Willa’s Grove, the debut novel by New York Times best-selling author, Laura Munson.

“We all have to ask and answer that question many times in our lives,” says Munson. “Reinvention is a theme in my own life. And I’ve learned that we don’t have to do it alone.”

Munson, a Lake Forest native, found commercial success as a writer in 2009 after giving a fresh and honest account of how she navigated a marital crisis in The New York Times’ Modern Love column. The popularity of the piece led to the release of her memoir, This Is Not The Story You Think It Is. She has split the last decade between traveling to promote the book, which was released in nine countries, and hosting her acclaimed Haven Writing Retreats—five-day workshops in Whitefish, Montana, where she has resided for almost 30 years.

“The book is inspired by what I’ve seen at Haven,” she says. “It can be so powerful to take a break from your life in an intentional way … and to tap into your self-awareness in a safe and supportive new environment. There is a huge hole in our culture when it comes to authentic self-expression, and so often people need guidance in finding what’s special about what they have to say. What they want. Who they really are at their core. You don’t have to be a writer to come to Haven, but writing is an exceptional tool to help you move forward in your life. I’ve seen it transform people over and over again.”

Munson is careful to note that while her Haven gatherings influenced the book, none of the material was mined from a specific person. “None of these characters is me. None of them is anyone I know. And yet … they are all of us.”

She hopes that the relatability of her four protagonists, and what they model in the book, will inspire readers to create their own weeklong interludes to help find their “so now what” answers. “This book is not about a writing retreat at all. But it is about the power of temporary community. These characters have real conflicts in their lives, and they have been scared to reach out to their communities,” says Munson. “They’ve become islands, like so many of us tend to do when we’re in crisis. Instead, what we need is community. And sometimes we have to leave home for the express intention of building bridges back to our daily lives. I am hoping to start a movement!”

On Wednesday, March 11th at 10:30 a.m., Munson will try to ignite her movement at the Glen Rowan House at Lake Forest College. She will discuss Willa’s Grove, read selected passages, and sign copies.

While it’s only one of many stops on a multi-city tour, it will hold a special place in her heart. “I still call Lake Forest ‘home,’” she says. “The first thing I’ll do is go to the beach, then walk to the flagpole in Market Square, and of course … have a hot dog at Pasquesi’s!” Reminiscing about the village, Munson shares a memory of her late father, who would walk home from the Lake Forest train station every day after work and open the door with a declaration—one that will always inform her work.

For more information on Laura Munson, visit lauramunson.com. For details on her upcoming appearance, visit lakeforestbookstore.com.