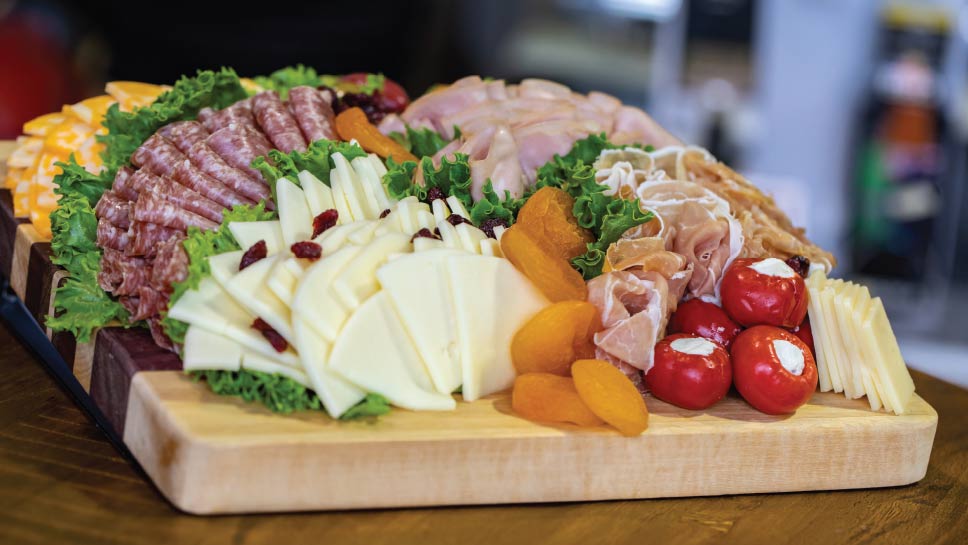 As Caputo’s Cheese Market was on the brink of shutting its doors, Frank Visconti—a lifelong friend of the Caputos—agreed to take the helm. An artfully arranged antipasti platter made with Visconti’s meats and cheeses. PHOTOGRAPHY BY ROBIN SUBAR

“Thank you so much for buying Caputo’s and keeping this great staff,” says a regular to Frank Visconti. “Lake Forest needs this place.”

This is a sentiment that Visconti hears regularly at the Lake Forest institution he’s renamed Visconti Cheese & Deli, after the Caputo family decided to step away from its downtown Lake Forest store and focus more on the production side of their business that’s based in Melrose Park.

“I’m so glad that Nat came to me and we were able to strike a deal,” Visconti says of his friend he’s known all his life. “We’ve been talking about this on and off for a couple of years and people kept saying to me, ‘Frank, you have to buy Caputos.’” 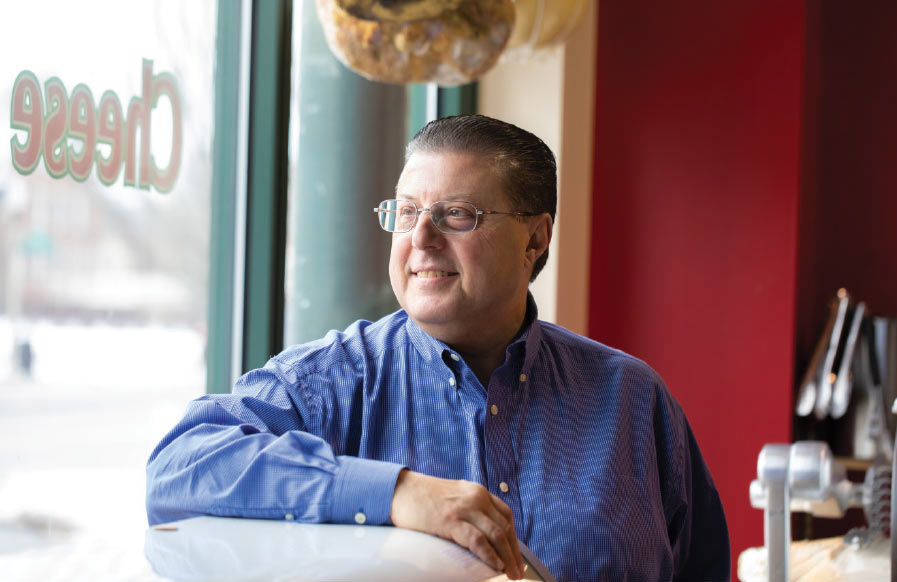 The stars aligned in such a way to make made this all happen. Visconti ran a deli and importing business from a building he owned in west Lake Forest. Late last summer, someone approached him about buying the building and it was too good of a deal to pass up.

“I was just kind of sitting back and relaxing,” says Visconti. “My nephews took over my import business—we have more than 30,000 products in stores around the country—and I was enjoying the break. But then a couple of new opportunities came my way.” 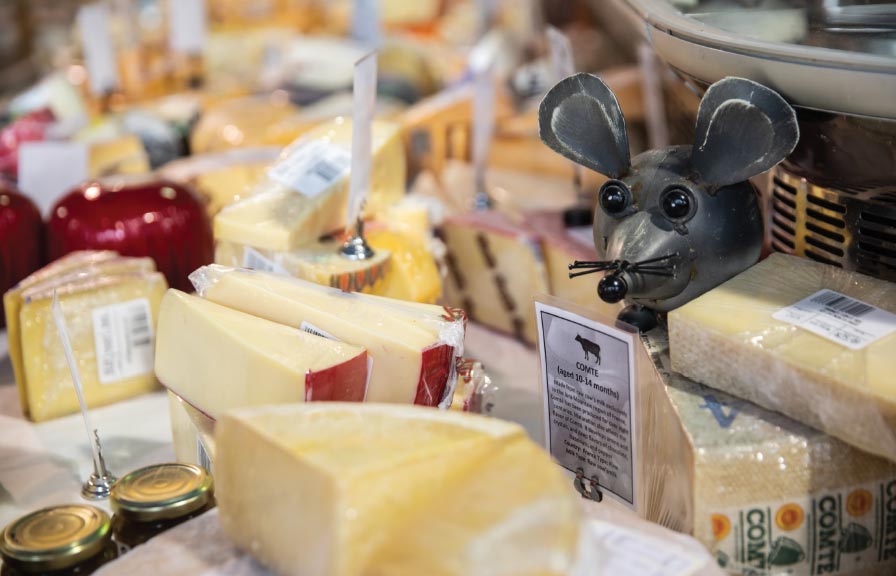 First up, the Altounians who own commercial real estate in the area reached out to Visconti to see if he might be interested in opening a restaurant in the retail strip near CVS like his father had once owned in Highwood called Little Italy.

“It’s in my blood,” he says, “and I couldn’t say no. We’re in the process of building out a 75-seat place with an all-open kitchen—Visconti’s Little Italy Ristorante—that will hopefully open at the end of April.” 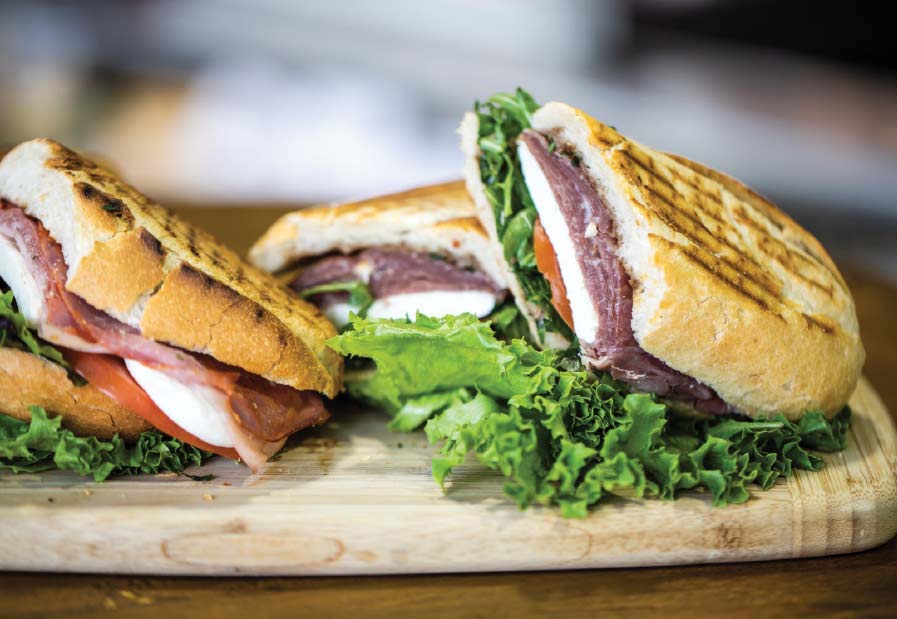 An Italian panini, part of Visconti’s expanded menu of sandwiches.

While plans for this new eatery were under way, the Caputo family announced they were looking for someone to purchase their store. “I knew I had to do it, even with us opening the restaurant. Having the restaurant will actually be an asset to the deli.”

Visconti promises that all of the products the Caputos sold will continue to be offered. He just plans to add more.

“We’re going to have more pre-made dinners, sandwiches, and larger salads. We’re going to increase the catering we offer and add a delivery service,” he says. 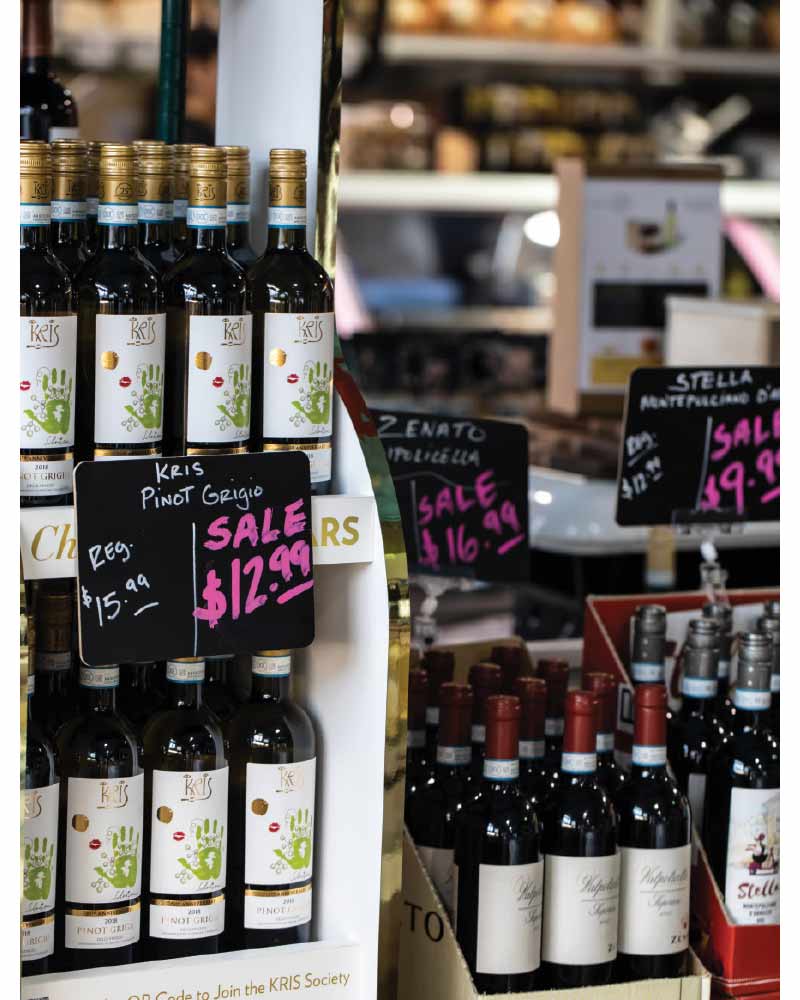 Deli regulars will also notice that items they once saw occasionally will now be available every day.

“We’re going to have Italian beef, meatball subs, and sausage and pepper sandwiches made fresh daily in the kitchen of our nearby restaurant. We’re also going to add a second register to our counter so that people can get in and out of our store quickly. We’re really wanting to increase our lunch traffic so we want customers to be able to come by and pick something up and not have to wait in a long line for us to ring them up.” And by shuffling around the placement of where the to-go items will be placed, Visconti will have his cases filled with Italian desserts.

Having grown up in Lake Forest and graduated from Lake Forest High School in 1984, Visconti knows how important small businesses are to the vibrancy of our community.

“I’m really looking forward to summer,” he says. “I have a woodburning oven on the way here from Sicily that I can’t wait to set up on our patio outside of the store. I can see it now. A beautiful afternoon, a glass of wine, and the best pizza you’ll ever eat.”