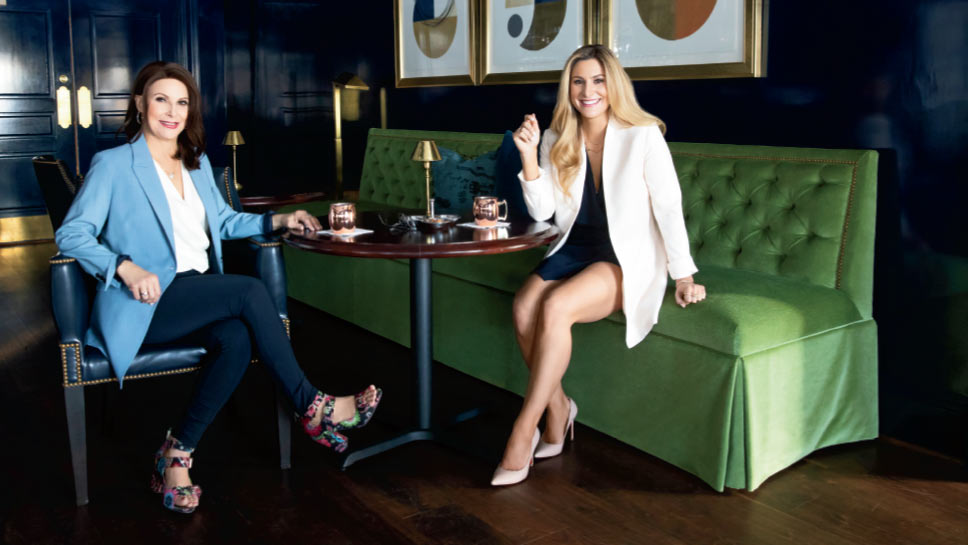 For the founders of Stevie Wren, the trials and tribulations of being a mother-daughter duo pays off. PHOTOGRAPHY BY ROBIN SUBAR // HAIR, MAKEUP & STYLING BY CONSTANTINE JAMES

In 2015, Stevie Marie Mardjetko was living in New York City and working a day job in the medical field when she received a call from her mom, Karen.

Stevie, then 24, had recently graduated from The New England Conservatory of Music with a bachelor’s degree in vocal performance. The Lake Forest native was in New York to pursue an opera career, but Karen proposed an alternative: moving home to become business partners. She didn’t have a plan—she wasn’t even exactly sure what they’d do—but she was confident that as a team, they would be a success. Her daughter accepted.

One might say chasing rainbows is a fool’s errand, but the two literally did just that—and struck gold in the process. By the end of the next year, the Mardjetkos launched Stevie Wren, a fine jewelry line known for its use of multicolored diamonds.

“I come from a generation that forged women’s rights,” says Karen. “And I see that younger women lack mentorships; people aren’t really investing their time in them. So when I was ready to start a new business, I told [Stevie] she needed to be a part of it. We wanted to a fun lifestyle project, and jewelry kind of evolved from that.”

StevieWren (an amalgam of their first names) was initially conceived as an online retailer that carried other brands. In the name of research, the two took off for trips around the globe—Europe, Asia, South America, and Africa—to educate themselves about sourcing and jewelry-making techniques. But they quickly realized their ambitions were better served in the form of a namesake line.

“We would look at designs and think, ‘This would be better if you did this, or tried that,’ “ says Karen. “We started getting asked to design for other brands and manufacturers, so we thought, ‘If we’re going to that, then let’s just take a risk and do it ourselves.’”

They took an unorthodox approach, first showing their line at High Point Market, a luxury furniture showroom in North Carolina. The unintended benefit eschewing a jewelry sales rep was that it gave the women time to explore their style and find their niche.

“Where in the jewelry world were we going to fit in?” Karen asked. “Stevie would look in one direction—edgy, millennial—and I’d look in the other. We originally thought of designing for college girls, like gold-plated fashion jewelry. But my eye was going toward higher end—classic designs with long lasting form. Our emphasis as a company was to merge the aesthetics of both generations.” 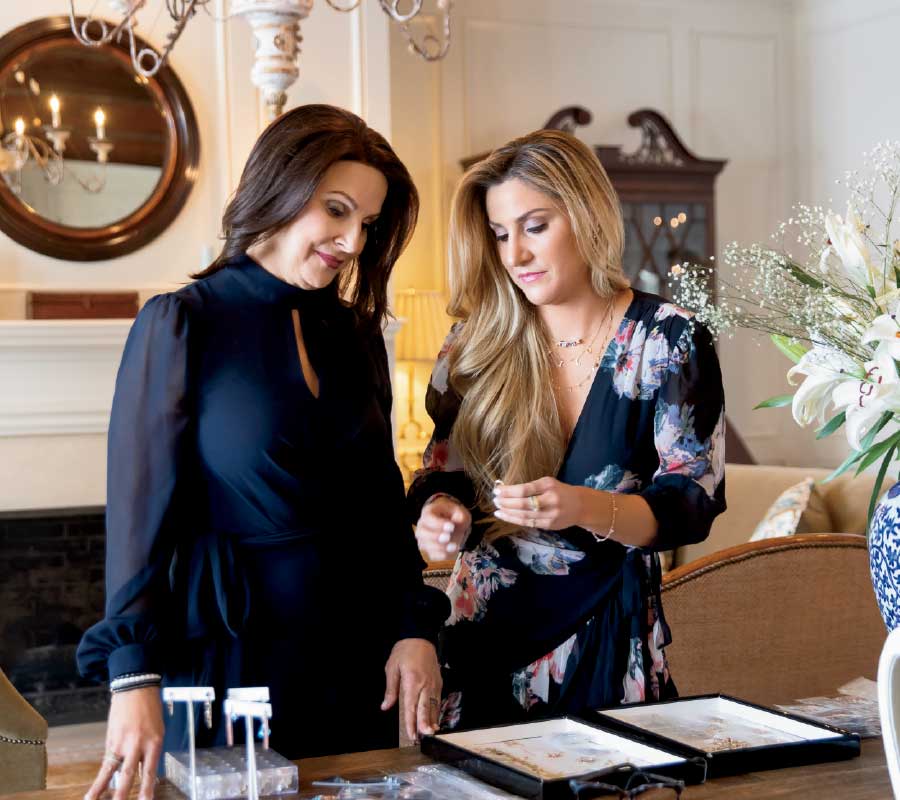 The results of their something-for-everyone approach are dazzling, if not dizzying. There are classic tennis bracelets, of-the-moment single studs and ear cuffs, and rings that can be stacked to the knuckles. Pieces can be custom designed with hand-selected stones in every color—a point of pride, as the Mardjetkos credit themselves with discovering the potential of colored diamonds before their competitors.

“Everyone here in the U.S. likes white diamonds,” says Karen. “We wanted to be different and separate ourselves from other lines. When we initially pitched buyers like Bergdorf and Neiman’s, they weren’t ready for us yet. But then they were, and we were there.”

Today, StevieWren designs are carried in upscale boutiques and at Neiman Marcus locations across the country. But earning a place in top-tier showcases has been a journey that has tested—and strengthened—the bonds of the Mardjetko’s relationship.

“We are together 24 hours a day so it can be an emotional rollercoaster,” says Karen. “But at the end of the day, after a heated discussion, then it’s ‘What do you want to cook for dinner?’ It’s business and it’s stressful because we are a start-up, but we don’t take it personally.”

Like any partnership, their success comes down to compromise.

“My mom is good at the actual inspiration whereas I like styling and put things together well,” says Stevie. “It’s nice to have someone to bounce ideas off of, even if there are times when we don’t agree at all. Sometimes you have to let one person take over while the other sits back. There are things I wouldn’t think would be a best seller…”

“And vice versa!” Karen interjects. “But they are. And that’s what we love about this cross-generational thing. We are different people with different skill sets, so we fell into certain roles organically.”

But for mom, the business is about much more than bringing their bling to the masses. Karen was diagnosed with lymphoma this past October and has been undergoing chemotherapy treatments ever since. (A special pendant necklace was released in her honor in February; proceeds will go towards cancer search.) As she battles the disease, it’s crucial that she imparts lessons about resilience and strength to her daughter.

“I feel like there’s this lack of sustainability to be empowered as a woman and have your own career and money,” she says. “I want Stevie to have that empowerment—to be her own person. If I was going to be in business with anybody, why not my daughter? There’s been so much growth and it’s fun to see her learn and take on leadership. Letting her take charge of certain things and learn about the pressure of owning your own company is something I enjoy.”

“Growing up we were always really close,” says Stevie. “Like best friends. And while I was in college we got even closer. Learning how to navigate this business together just brings another important aspect to our relationship.”