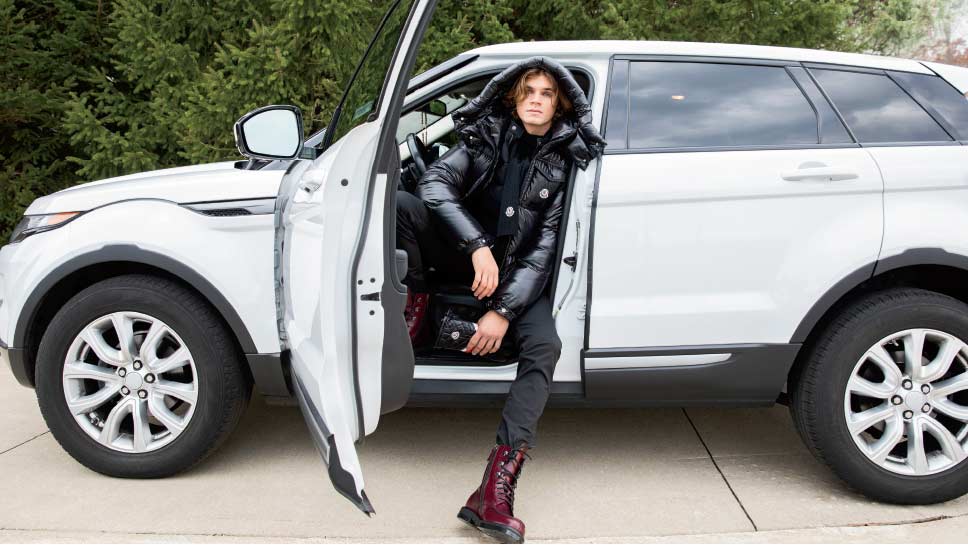 Lake Forest’s Seamus Tuohy followed his heart to California and found himself exactly where he needed to be. PHOTOGRAPHY BY ROBIN SUBAR

When Seamus Joseph Tuohy was born into the world 20 years ago, no one ever expected he’d lead an ordinary life. Especially not him.

“I was always a little bit of a wild child,” says Tuohy with an Irish twinkle, the youngest of four children born to Jim and Maureen Tuohy. “But I have these amazing parents who kind of rolled with it. I always knew there were boundaries but my parents let me be me.”

After graduating from Lake Forest High School in 2017 having been on the school’s state championship lacrosse team, Tuohy headed to the University of Missouri for college. “It was a great school,” Tuohy says. “I was in a fraternity and made a ton of lifelong friends. All along, I had a gut feeling that a spontaneous move was in the cards for me. My dad was living in San Diego so I made the decision to move to the West Coast and go to college in Santa Barbara. 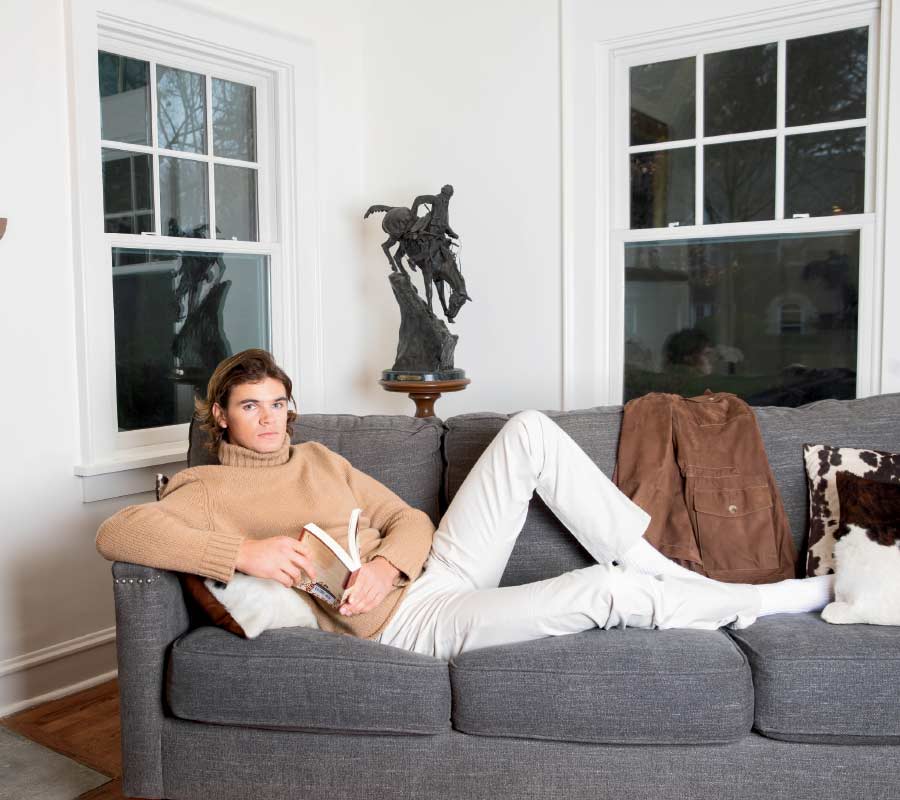 “They call Santa Barbara the American Riviera,” he says. “It’s the only place I know of in the world where the mountains actually run right into the ocean. It’s some of the coolest landscape I’ve ever seen. It fits me and my personality.” Tuohy took a job working with horses and teaching polo lessons at the Santa Barbara Polo and Racquet Club.

“My parents, especially my dad, were part of the pioneering polo families who brought the tradition of polo back to Lake Forest,” explains Tuohy. “I grew up playing polo at Crabtree Farm [in Lake Bluff]. I was around horses all of the time and the sport comes very natural to me.”

While working full-time at the Santa Barbara Polo and Racquet Club, Tuohy connected with Prima Polo Productions, a company that loans horses to different brands for photo shoots and film productions. 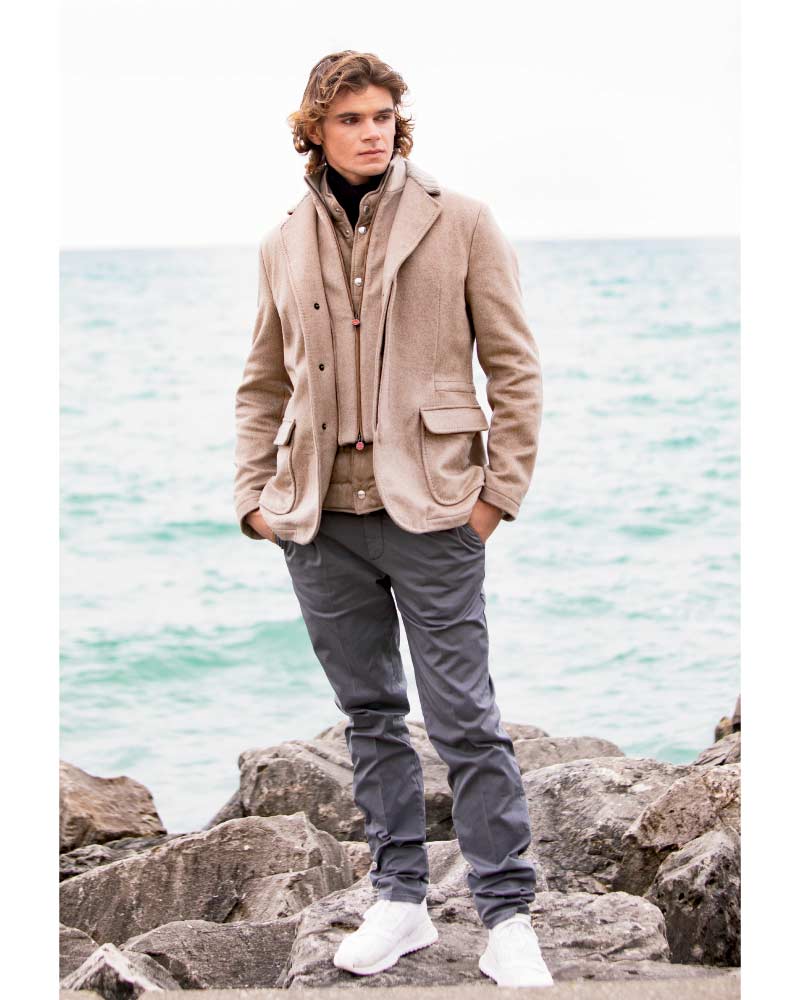 “The woman who owns Prima Polo Productions is a good friend and has become a mentor to me,” he says. “She asked me if I would help her with the horses needed for a weekend shoot with Ralph Lauren. I joked with her about how funny it would be if they asked me to pose in the shoot.”

Within 10 minutes of arriving with the horses for a 6 a.m. call time, Tuohy was asked by Ralph Lauren’s production team if he’d mind changing into one of their looks.

“It was the craziest thing,” he recalls of this shoot that took place last June. “We were on Mammoth Mountain and the pictures were being taken for their winter line. Because it was summer, they brought tons of snow down from the top of the mountain and flattened it out to make it look like a cameraman stumbled upon this polo game taking place in the snow.” 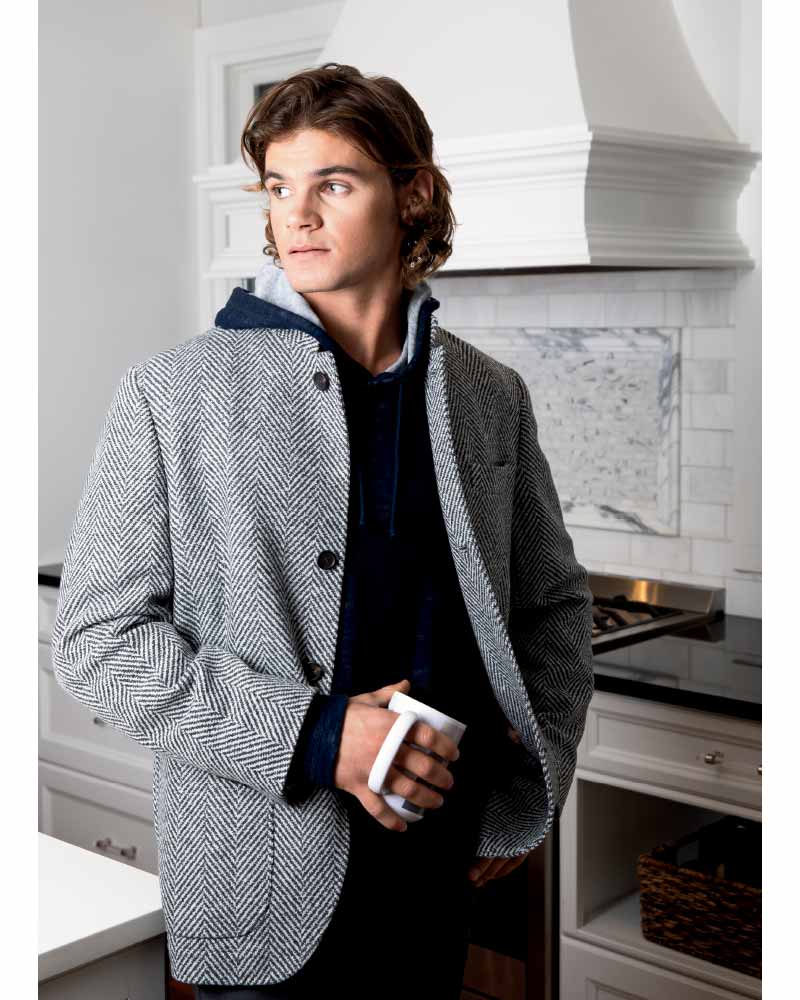 Because Tuohy was a natural with the horses and had the look Ralph Lauren was going for, he spent the next two days working for the world-acclaimed fashion designer on the shoot.

“I guess you could say that I was discovered up on the mountain that day,” says Tuohy, who has modeled for a number of other campaigns since, with no lull in future modeling projects in sight.

While Tuohy had no aspirations of becoming a model and seeing his image appear on billboards and in magazines, he has embraced the new opportunities coming his way. “My dad would say that this [modeling] is a good thing,” he says. “I’ve definitely experienced the really good and really bad in my life.” 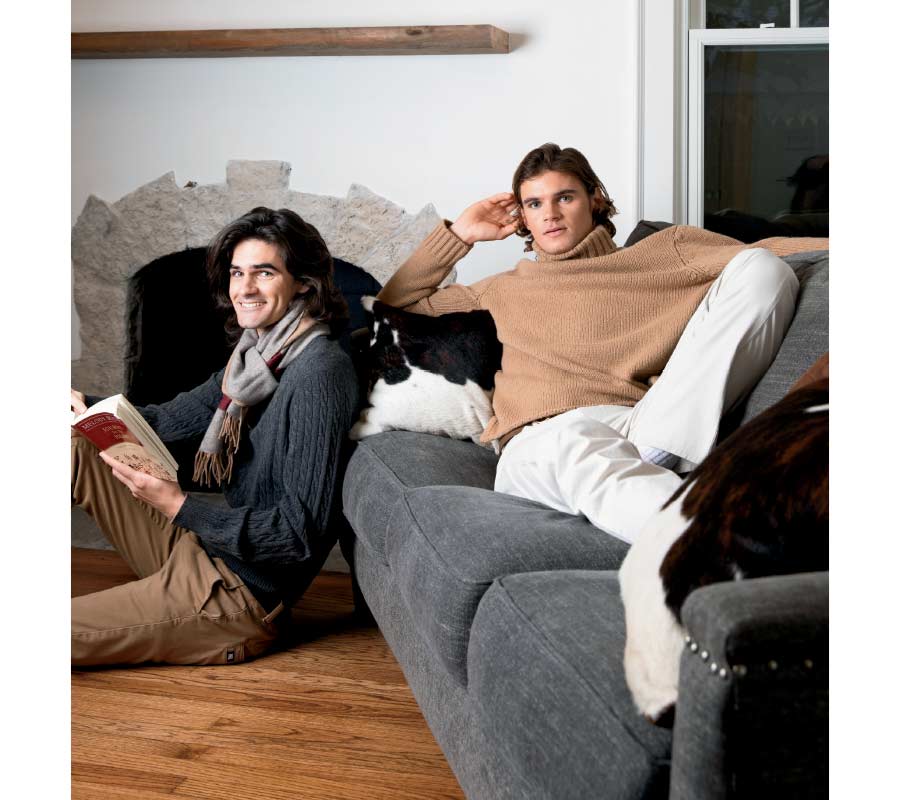 Most recently, Tuohy lost his closest high school friend—Jack Adams—in a boating accident. “Jack way my guy, my best friend. Not to have him around any more seems unreal. But I know on some level that he’s up there pulling strings and making these things happen for me. It makes me even more grateful for all of the good in my life right now. My family talks a lot about ‘mitigating the vicissitudes,’ life’s highs and lows. There’s a balance. You take the good with the bad. Nothing is permanent and it’s important to live in the moment. But I definitely see this high only going up.”

For now, Tuohy calls California home with no plans for anything different. “I love California. My life is sweet,” he says. “But I never forget where I came from. Lake Forest is unlike anywhere else I’ve ever been. I don’t tell people I’m going to visit Lake Forest. When I head to Chicago, I tell them I’m going home.”