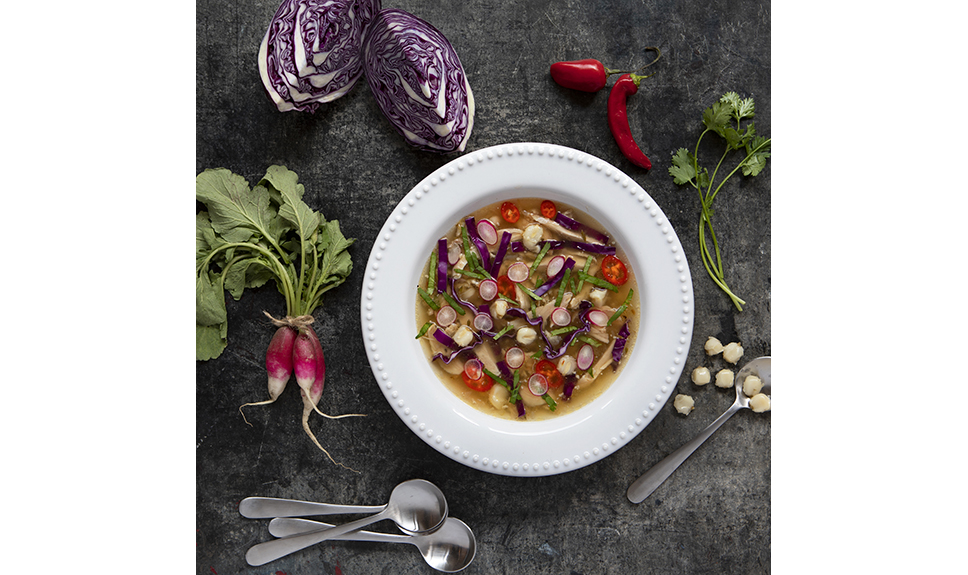 Curve around the drive to the three-story front wing of Brian and Ingrid Biela’s Lake Forest home, and you see why they affectionately call it the “Tree House.”

Stacked like a three-tiered birdhouse, and just as charming, the dwelling perches on wooded acreage once owned by Edward H. Bennett, famed co-author of the 1909 Chicago Plan that resurrected the city after the Great Fire.

Upstairs in the kitchen, brightly lit windows that peer out over gardens once landscaped by Frederick Law Olmstead, rich aromas swirl. Posole soup with pulled chicken, hominy, chilies, and tomatillo salsa simmers in one pot. In another, there is a Tuscan white bean stew, with tomatoes, garlic, sage, and fennel. Bundles of fresh kale, parsley, and chives from the garden outside wait to be snipped and added. 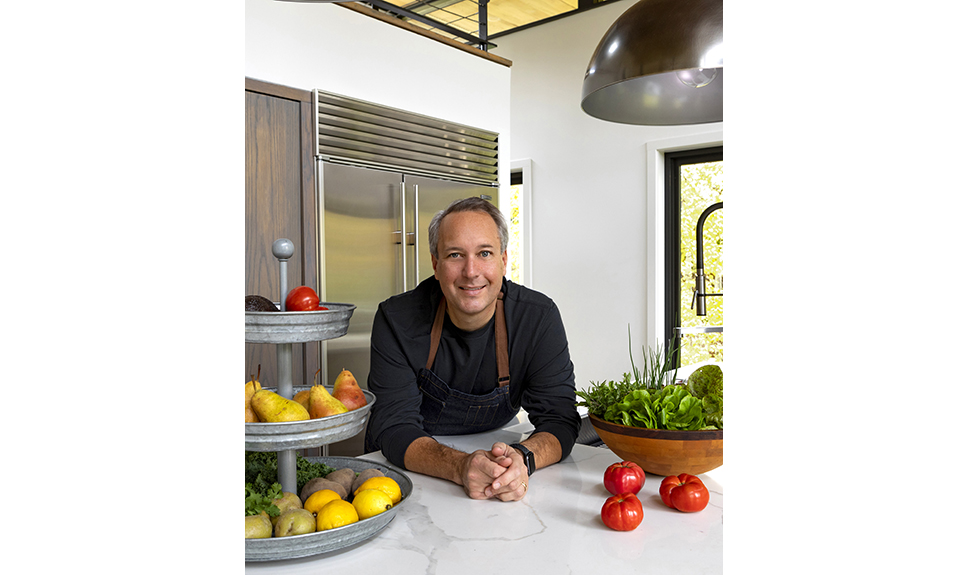 “We developed all of the recipes for Flashbox Kitchen right here,” says Brian, founder of the fledgling, online, prepared meal company, “and now prepare and package them at Eta’s Commercial Kitchen Rental in Highland Park.”

“Our name really tells the whole story—high quality meals without additives or preservatives, prepared by chefs in a kitchen, not a factory. Meals are flash-frozen, a blast-freezing technique which preserves flavor, texture, and nutrients, and then packed in a box for delivery.”

Biela, who launched, operated, and sold two medical sales agencies and distributorships prior to this venture, conceived the idea for Flashbox Kitchen 18 months ago and launched the company in August.

“I grew up in Grand Rapids, Michigan, with a mom who is a very good cook,” he says. “She went to the farmer’s markets and prepared wholesome, home-cooked meals. So, as an adult, I appreciated and loved good cooking, too.” 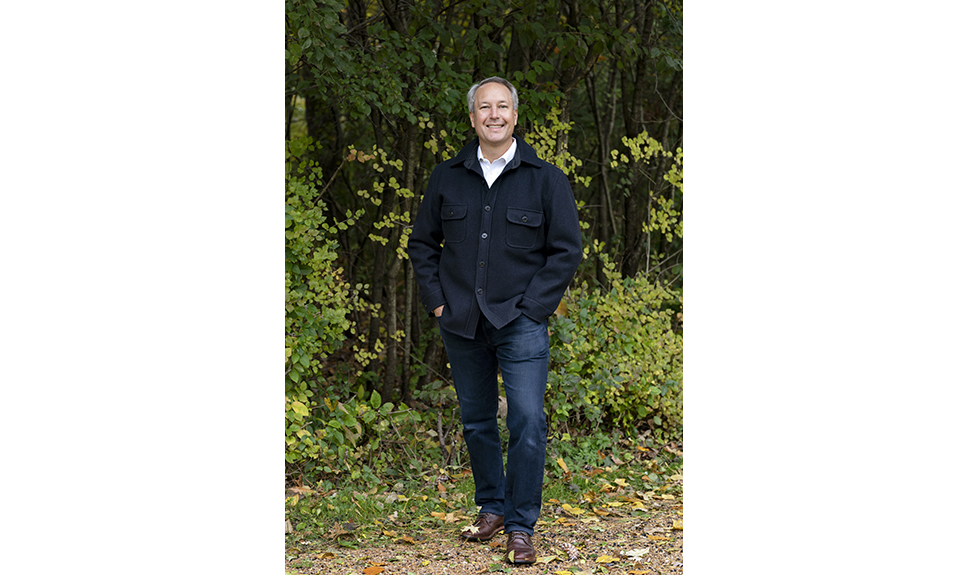 Brian Biela, at his home in Lake Forest. PHOTOGRAPHY BY MONICA KASS ROGERS

Brian experimented on his own, took some cooking classes, and enjoyed preparing meals with Ingrid for their family. But the couple came to a juncture where both were working, with two teen boys active in a lot of afterschool and sports activities.

“At the same time, we had family friends who were battling cancer and a 94-year old parent who needed support,” says Brian. “It was a triple threat. We kept wishing there was an “easy button” we could hit a couple of nights a week to get great food, without having to order in. The more we thought about it, the more we thought there were probably a lot of other people who wished the same thing.”

With that idea in mind, Biela researched meal-prep companies such as Blue Apron and Home Chef, and found that people liked the food, but felt the prep time was too much for the service to seem convenient. 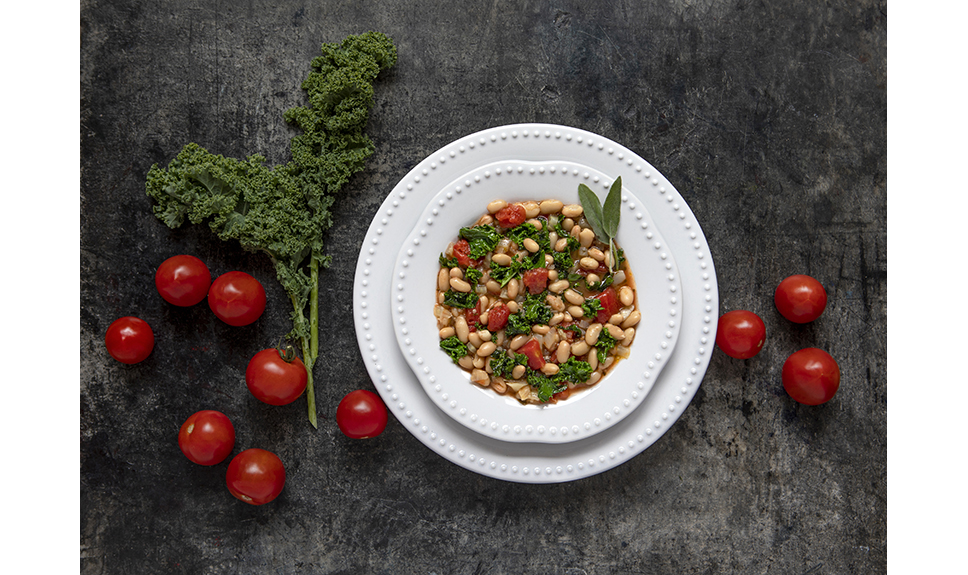 “What those companies offered didn’t solve the time and effort challenge faced by modern parents,” he says. “In my mind, those models are great if you want to bond with someone cooking together on a leisurely evening, but not so great on a Tuesday night when you have two kids ending sports
practice 30 minutes apart in two different locations.”

“To develop the menu, we started with items that were favorites of family and friends,” he says. “We tested for about a year, to ensure we had options that would appeal to everyone, from 10-year-olds to 94-year olds.”

Currently, there are ten menu options, fom hearty American classics such as pulled pork with macaroni and cheese and turkey meatloaf with mashed potatoes to more world-roving culinary options such as mushroom risotto, Thai chicken “Zoodle” salad, and lamb kofta with roasted eggplant. Each order includes two full meal portions, priced affordably at $12.50 per serving. Instructions for heating the meals via microwave ovens, stove tops, and conventional ovens are included in each boxed shipment.

The menu roster will change as items are added seasonally, says Biela: “We are just about to add a classic chili, with ground-beef and beans in a robust, tomato-based sauce for the cold weather, and there will be more new dishes after that.”

Thus far, Flashbox Kitchen has attracted the customer base Biela hoped for—busy families, people with elderly relatives, and people who buy the meals for recuperating family and friends.

But that is expanding.

“We are getting orders from families who want to have our offerings on hand through the holidays, for example, which is such a busy time,” he says. “We’ve had companies ordering the meals as corporate gifts. And vacationers! It’s funny—every time our family headed out for a ski trip, we always brought along a frozen lasagna,” he laughs. “This is easier. Having these meals delivered to your vacation home takes a lot of the pressure off meal planning, so you can relax and enjoy your time off.” 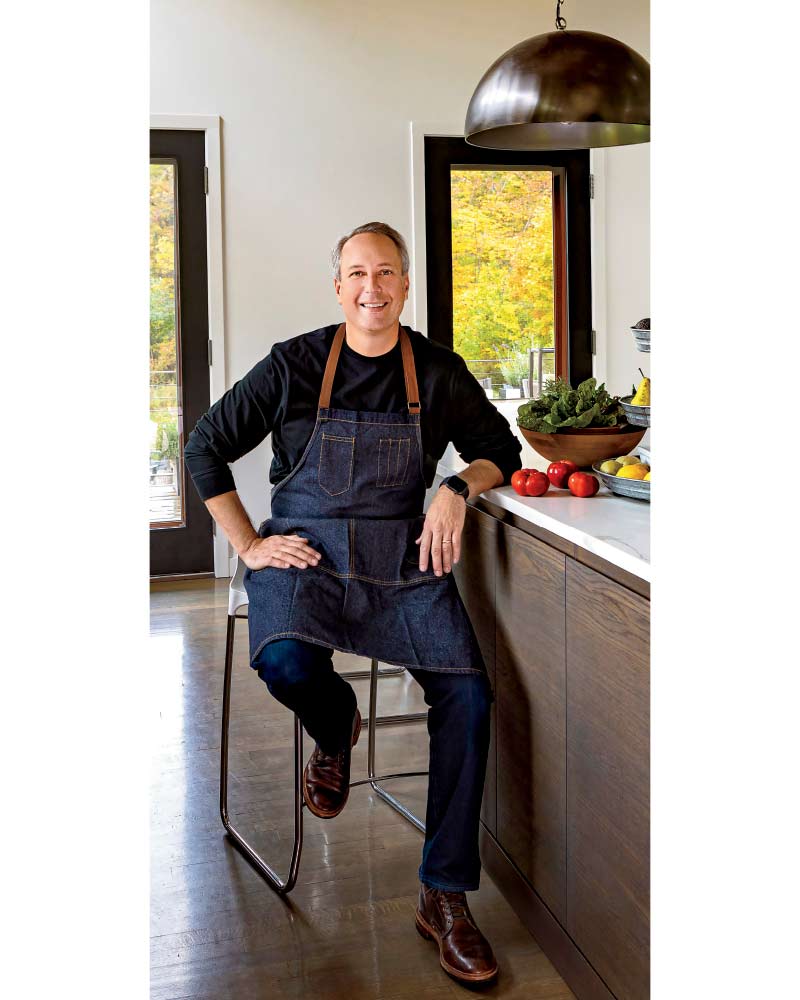 Flashbox Kitchen has also attracted the attention of parents whose college kids don’t have a meal plan. “We are in discussion with some colleges about including our offerings as an alternative,” says Biela.

While Flashbox Kitchen’s current marketing focus is regional, the company plans for a national presence. “Our goal is to have production and distribution facilities around the country so that we can be sourcing locally grown foods wherever we are selling,” he says.

And with an eye on philanthropy, Biela adds: “Our longer-term plan, when we build out our own kitchen, is to locate it in a lower-income community and to provide skill and work development opportunities for their community members. Recently we participated in a fundraiser for Lake Forest High School and are also looking to partner with other school districts where a portion of sales will be donated back to the schools. “

Biela says he’s delighted, “that a concept we initially thought up as a way to ‘scratch our own itch’ is proving to be a solution to help a lot of other people reduce stress in their lives, eat better, and spend more time with the ones they love.”