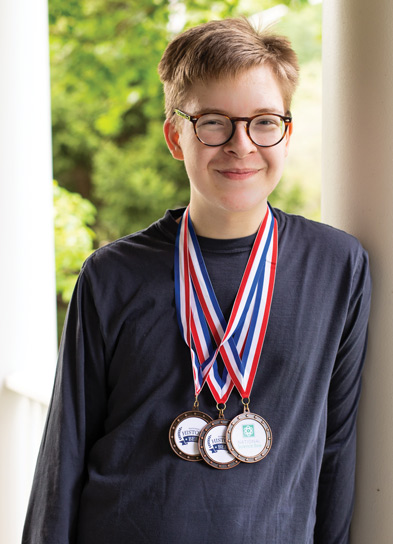 It would be impressive enough if Brody Burke, a homeschooled student from Lake Bluff, advanced to the championship round in one of this year’s International Academic Competitions.

But, he didn’t. He advanced to three—competing against some of the brightest students in Northern Illinois. To say that Brody brought his A game is an understatement.

“The competition was intense because all of the students were highly knowledgeable. I had to hit the buzzer quickly to get the right answer before someone else did,” Brody explains.

His mother, Stephanie Burke, adds: “The questions were well-written, varied, and surprisingly difficult. All of the kids at the competitions were outstanding young scholars.”

Brody was hesitant when his mother suggested he investigate the competition, but after deciding to compete, he was glad he did.

“At first I wasn’t keen on participating,” says Brody. “But my mom encouraged me to just give it a try. I found that the other kids were really nice, and the competition was exciting and enjoyable.”

Surprisingly, though, the first-time competitor scored so highly without preparing for the competitions. Instead, Brody relied on a lifetime of academic preparation fueled by his genuine curiosity.

“Brody has always been an avid reader,” says Stephanie, adding, “He has always been on a mission to learn as much as possible on a wide range of subjects, but still I was impressed at the depth and breadth of his knowledge.”

“In the history rounds, I really enjoyed all the military history, as well as ancient history, and I particularly liked the science questions about astrophysics, biology, and nature,” Brody explains. 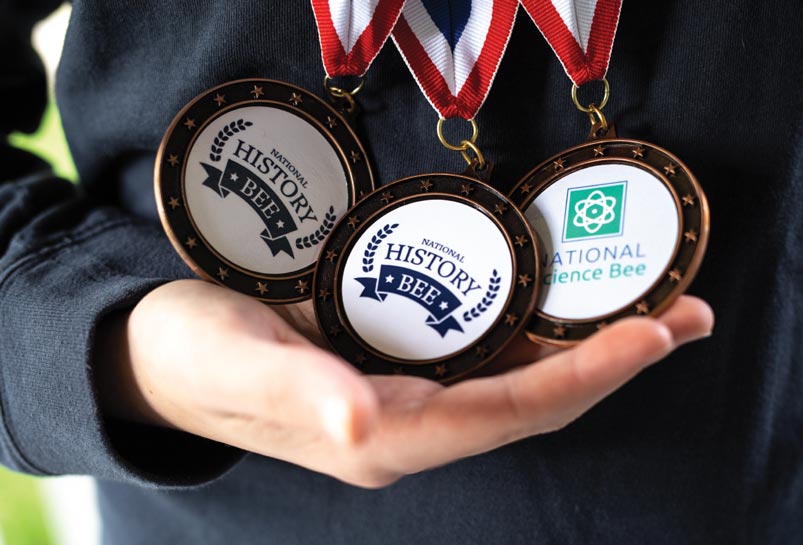 The highly driven teen’s academic interests aren’t limited to science, geography, and history. While he likes those subjects, he is also passionate about math, art, music, and more. Perhaps if the IACs hosted competitions in those subjects, Brody would be up on stage again, answering more increasingly obscure questions with apparent ease.

Brody competed in the National Science Bee and National History Bee Championships this summer. He earned a medal as a finalist in the history competition.

His mom could not be more proud: “As a homeschooled student, it’s really nice for him to have his academic efforts recognized at this level of competition,” she says.