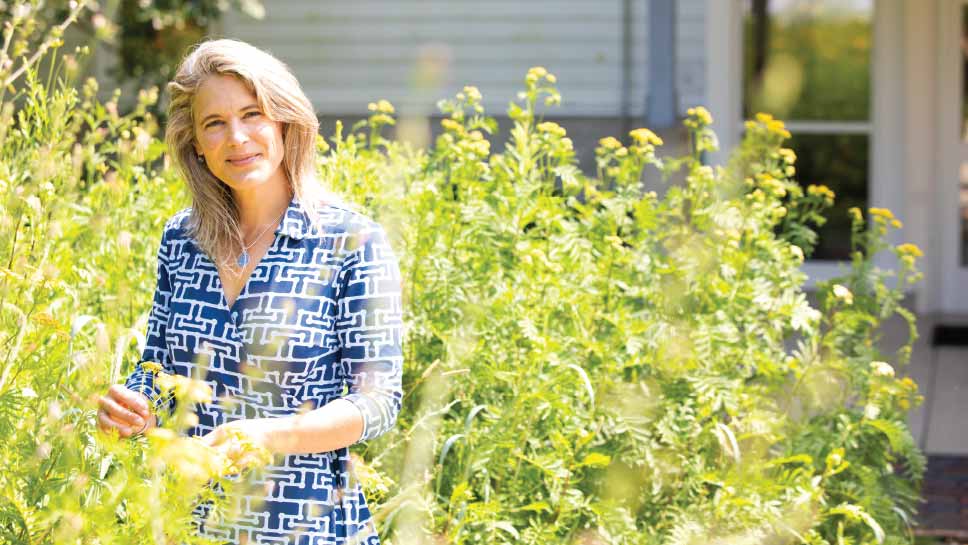 The highly acclaimed Forest Bluff School offers a collaborative approach to education that empowers students for a lifetime. PHOTOGRAPHY BY ROBIN SUBAR

For Paula Preschlack, Montessori education is the family business.

Preschlack has been with Forest Bluff School in Lake Bluff for 23 years, heading it for the last 13. Her mother Paula Polk Lillard co-founded the private Montessori school with her sister Lynn Lillard Jessen in 1982.

In addition to being highly regarded in the community, Paula Polk Lillard also happens to be one of the nation’s top experts on the Montessori education model. She has authored four books, most recently, Montessori From The Start (co-authored with Jessen).

“I took my Montessori training in Washington, D.C. and became a teacher,” she says. “Though at the time it wasn’t necessarily what I wanted to do, I fell in love with the families and the children.”

The Montessori movement was founded by Dr. Maria Montessori, an Italian physician and educator who explored and advocated for an educational process through which children learn naturally.

Whereas traditional educational models are primarily rooted in teacher instruction, Montessori education focuses on creating an environment where children can learn for themselves.

“We have two extreme models of education,” says Preschlack, who is writing a book about the Montessori approach. “There’s the factory model that treats the child as an empty vessel to be filled, and there’s the progressive school movement, where there’s very little structure or curriculum.”

The Montessori model finds the right balance between the two models.

“Children are active learners, and it’s the only educational model that is founded on child development,” Preschlack says. “There’s a strong curricular plan and it matches how children learn and how they learn differently.”

Preschlak grew up in Lake Forest and went to local traditional schools, then headed to the East Coast to attend a college where she could design her own major.

“When I was young, I spent a lot of time in nature, and since my mom had a Montessori background I was given a lot of time to think creatively,” she says. “But I found traditional education frustrating. There was a disconnect between what we were being taught and what I wanted to do.”

That’s why at Forest Bluff School they start early.

The school offers a Parent and Baby Series for new parents to learn about the Montessori education model and apply its principles at home. Four age-based programs are offered for children ranging from ages 18 months to 14 years.

“What’s really valuable and powerful is starting with the very first years of life,” says Preschlack. “It’s not so much about school but how children interact with their parents.”

And while parents might worry about their children transitioning from Montessori to a more traditional learning environment for high school, their children might just be better prepared for it.

“It might take a little time for Montessori kids to transition but the drive to learn comes from within,” Preschlack explains. “High school teachers want these kids in their classes because they’re excited about learning and about life.”

Perhaps the best aspect of the Montessori model is that it gives students the skills they need to get through school and beyond into their career. Pulitzer Prize-nominated author Rebecca Makkai, who published the critically acclaimed novel, The Great Believers, in 2018, is an alumna and former teacher.

“When you learn how to really know something, how to adapt, you can speed past others,” Preschlack says. “It lasts a lifetime. It’s about developing a knowledge base that can be a springboard. That’s the way to have a happy and fulfilling life.”