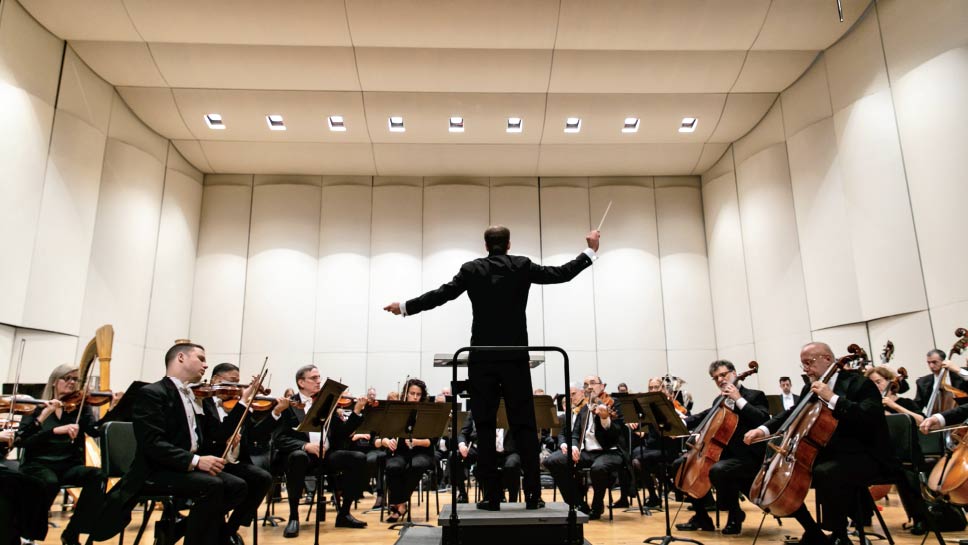 As the Lake Forest Symphony approaches the beginning of its newest season, they pull back the curtain for audiences and show that a cultural tradition can be fresh and modern.

The Lake Forest Symphony closed out its 2018 season on an all-time high. With a financial surplus, a GRAMMY-award nomination for its debut album Liquid Melancholy, being recognized as “Orchestra of the Year” by the Illinois Council of Orchestras, and having their Music Director Vladmir Kulenovic named “Conductor or the Year” by the same organization—it was no doubt, a year to note.

Lake Forest Symphony’s Executive Director Timothy Corpus, who just completed his second year at the helm of this community treasure, says he has nothing but gratitude for this past season’s success.

“We threw down as many seeds as we could,” Corpus explains, “unsure exactly of what would take and what wouldn’t. But we wouldn’t be anywhere without our sponsors and individual donors. They truly made all the difference for us last season.”

While Corpus’s modesty is sincere, he’ll be the first to emphasize that he has an incredible product to share with the community.

“Some people might be quick to judge our symphony, unable to believe that a city the size of Lake Forest could even have such a professional musical group right in their backyard,” he says. “But we do.”

Robert Kalter and William English founded the Lake Forest Symphony in 1957 as a chamber orchestra of volunteer musicians. By 1965, the group had more than 60 players, and in 1988 became fully professional. Under the visionary leadership of conductors Victor Aitay, Paul Anthony McRae, David Itkin, and Alan Heatherington, the Symphony established itself as a musical juggernaut. The Lake Forest Symphony is the only fully professional orchestra in Lake County. 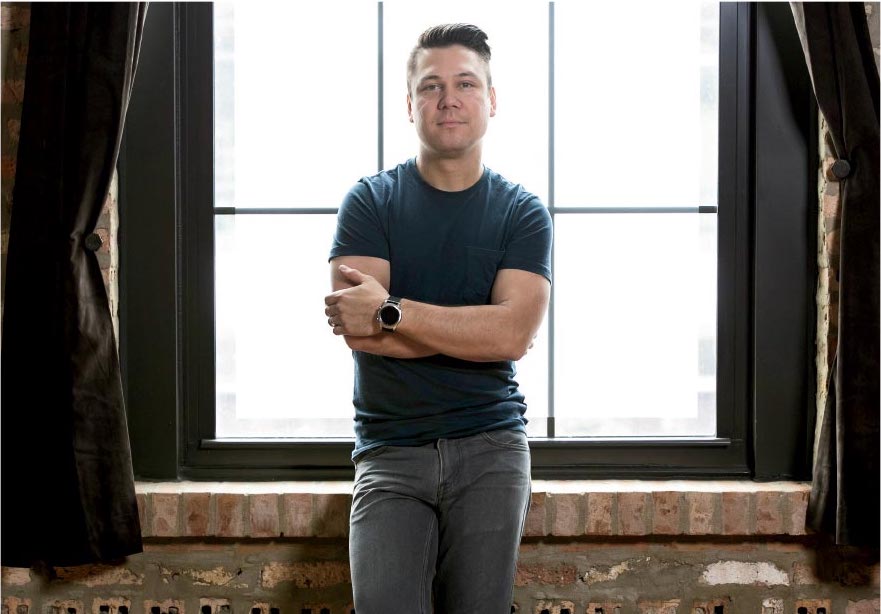 Corpus is especially excited about the upcoming season’s presentation of Beethoven’s 9th Symphony.

“If you listen to the text of this music, it’s about diversity and coming together,” Corpus says. “It’s about all of us being united. Our hope is to gather as many people as we can to participate in this symphony’s chorus—from all corners of our footprint, near and far.”

Last season opened with the news that the Lake Forest Symphony was returning to its namesake city. This year, the season will not only host a majority of its concerts in Lake Forest—it will also hold an opening night party before its September 21 concert at Gorton Community Center.

“There’s no better way to kick off our season than with a celebration. We are throwing a party for our community,” says Corpus. “This will be a theme for the 2019-2020 season. There will be an element of fun to every concert we have.”

To this end, audiences will notice new marketing efforts around the symphony’s performances, where Corpus and his team will leverage social media and podcasting to tell compelling stories of the organization.

“We thought it would be interesting to have our conductor Vlad answer questions about the symphony in 60 seconds or less in a podcast,” says Corpus. “Our ‘Ask Vlad’ series will help interested viewers get a closer look at what makes our symphony work, what to listen for when they’re at a concert, and what keeps Vlad engaged in what he does so well. We’ll also be turning the spotlight on some of our musicians who are incredibly fascinating. Some make stained glass. Some race cars. It’s a talented group full of surprises.”

Opening night on Sunday, September 21 will feature the symphonic fairy tale “Peter and the Wolf” with drinks and hor d’oeuvres. The celebration will include door gifts and more. A post-concert reception will follow the concert.

“If you have never checked out the Lake Forest Symphony before, this is the time to do it,” says Corpus. “If you’re a regular attendee, you won’t be disappointed.”

For more information about the Lake Forest Symphony or to purchase tickets, visit lakeforestsymphony.org or call 847-295-2135.