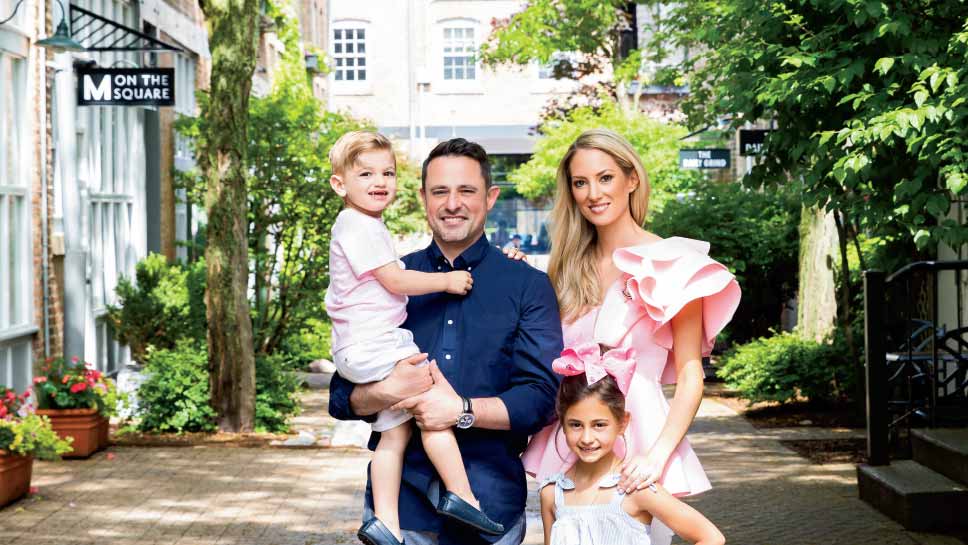 It’s hard to hear the story of how Sandra (Sandi) and Chris Fotopoulos met and married without getting flashbacks of the popular 2002 film, My Big Fat Greek Wedding.

All the familiar plot lines are there. Chris is first-generation Greek-American. Sandi is second-generation (her grandfather started a restaurant in Chicago’s Lakeview neighborhood 62 years ago when he and her grandmother immigrated from Greece). Both were raised with grandparents living in their homes. And the connections don’t end there.

Chris has played in the same Greek church basketball league since 1996 with Sandi’s cousins well before they even met in 2005 at a Greek New Year’s Eve party held at Meridian Banquets in Rolling Meadows.

It was love at first sight, and on July 17, 2010, the couple married at St. Demetrios Greek Orthodox Church in Chicago.

“Both my parents and Chris’s parents were married at this church. Chris’s uncle, a Metropolitan/Bishop of the Greek Orthodox Diocese officiated our wedding. It was very special,” says Sandi. “Our reception was held at Meridian Banquets in the same room where we met five years prior.” 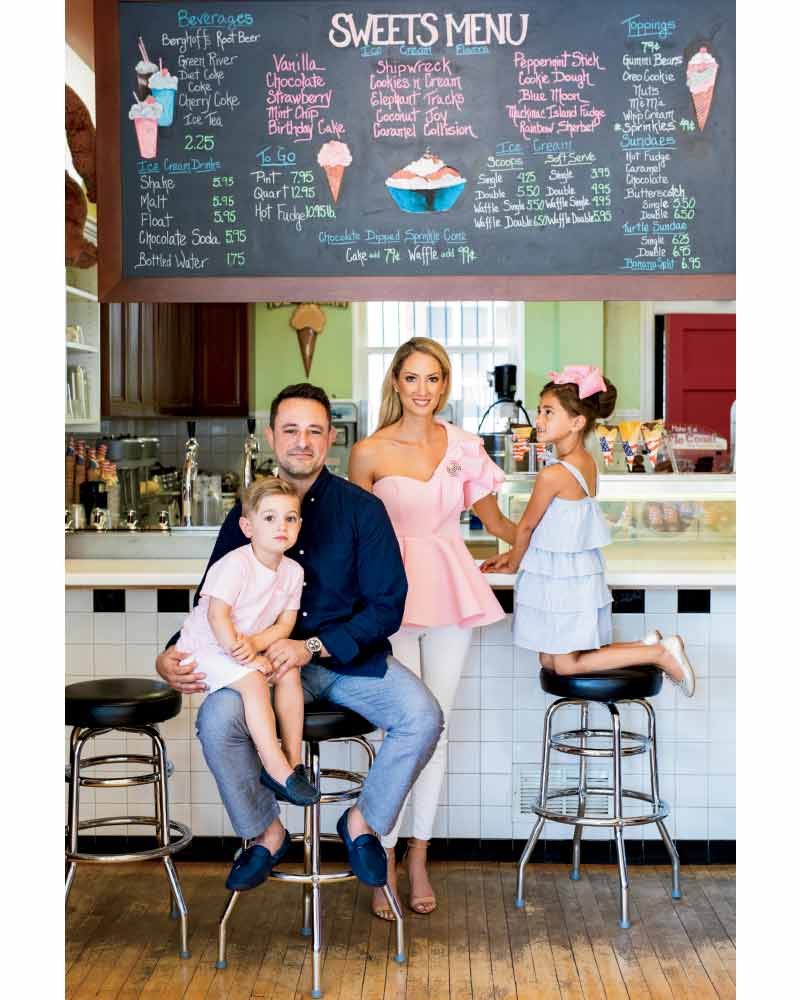 The Fotopoulos family at Sweets in downtown Lake Forest

Sandi says while it doesn’t happen very often these days, having a similar background has helped them grow together as a couple and now as parents to their two children—7-year-old Anastasia and 3-year-old Athan.

“That strong family connection helps you understand one another better. We had the same outlook on what we wanted for our kids and our lives,” she adds. “Family, church, and tradition are extremely important to us both. It was important for us to raise our children with those three foundations.”

Part of building those foundations was finding a community to raise their children. While life in the South Loop was glamorous and exciting for the young professional couple, family life required more.

For Sandi and Chris, Lake Forest had it all. 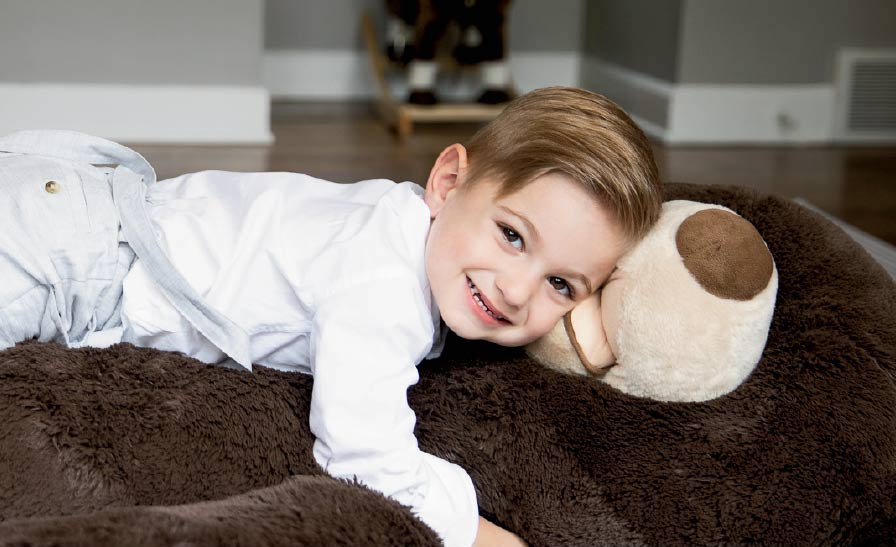 “We looked at so many of the North Shore and Western Suburbs where our family members live. Having family nearby was extremely important to the both of us. A cousin of mine lives in Lake Forest and raised her four wonderful children here,” Sandi explains. “I asked her about her experiences and opinion on Lake Forest. She put everything into perspective for us.”

They visited several times and fell in love with the city’s beach, charming downtown, and award-winning schools—both public and private. But the clincher came when they discovered that the Ascension of Our Lord Greek Orthodox church was just a short drive away in Lincolnshire.

“My husband actually grew up with the priest, Father Sotiri Malamis. They are the same age and played against each other in the same Greek basketball league,” says Sandi, explaining that Father Sotiri and his wife, Presvytera Stephanie have three kids around the same age as their children. “We knew they would create a wonderful kid-friendly environment for our kids. It was important for our kids to be belong to a parish that included Greek school, numerous children’s programs, and monthly family activities. Ascension checked all the boxes and more.”

Today, Chris, Executive Vice President of Legal and member of Verano Holdings LLC, and Sandi, who left her job at a political consulting firm to be a full-time mother to her children, are happily settled in their new community. 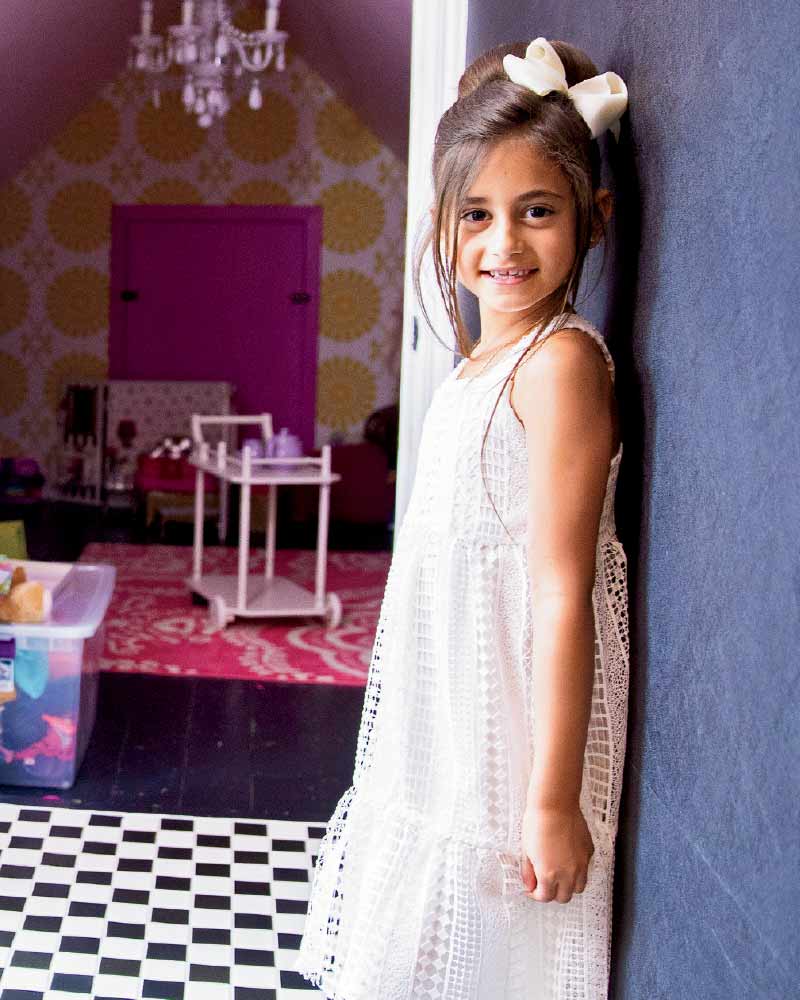 “Coming from the hustle and bustle of the city, we love the relaxing beach here,” says Sandi. “It actually feels like you are on vacation when you go to the beach. It’s so beautiful and peaceful there.”

As for those My Big Fat Greek Wedding stereotypes, Sandi laughs and says that some of them are spot on.

“Family and tradition are very important. We consider our extended family as our immediate family. My kids have a lot of cousins. We try as a family to get the cousins together as much as we can so they will have that great bond my husband and I have with our own cousins,” she says. “It is not uncommon for cousins to randomly show up at our house for an impromptu play date or dinner party. Needless to say, Ferentino’s in Lake Forest frequents our home.”

The couple’s respective family histories also continue to be honored and cherished.

“Both of our children are named after my husband’s parents as that is typical in Greek tradition. With that said, they then share the same name as some of their cousins. It can be a little confusing at family parties,” she adds.

The language is also preserved, with the oldest daughter attending Greek school and hearing both parents and family members speak Greek on a regular basis.

“My mother-in-law and grandmother mainly speak Greek, so it is important that our kids are able to communicate with their Yiayias,” she says. “Our parties are also generally very large. Having a 100-person family party is not uncommon. When we were looking for homes in Lake Forest, one of our requirements was to find a neighborhood that had street parking since we knew no matter how large the driveway was, it wouldn’t accommodate all of our family.”

While the Fotopoulos family would never consider using Windex as medication (as famously mentioned in the film), Sandi admits they can be a boisterous bunch.

“We are loud, yell sometimes, can be opinionated, and can be overbearing,” she says. “However, we never question our love for one another and will always be there for each other when someone in our family needs us.”

Amen to that. And welcome to Lake Forest.