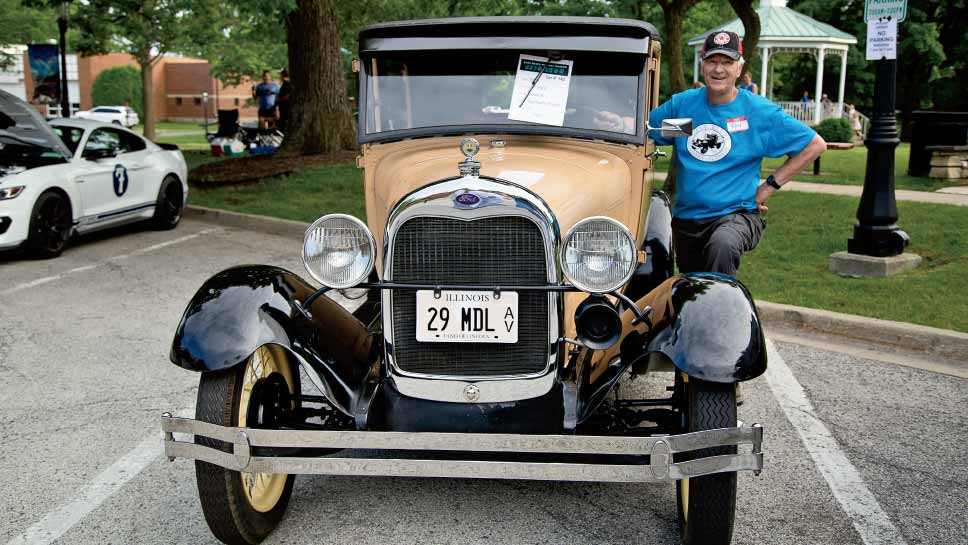 If there were a board game created to map Ray Kracik’s life, his playing piece would most certainly be a 1930 Model A Ford—one with snappy, red-and-black striped upholstery.

“Ha!” laughs Kracik. “That car has certainly been with me for many of the big moments so far.”

From the time a college-aged Kracik bought his Model A for $35 from an elderly woman in Cherryville, Kansas in 1960, and completely restored it, the car and Kracik have been pretty much inseparable. 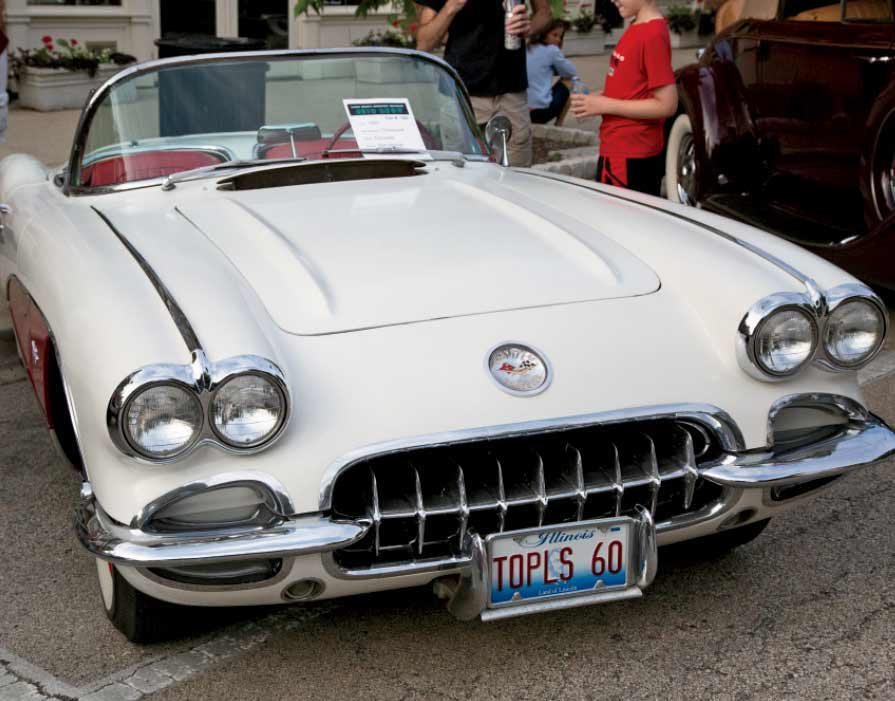 The Lake Bluff Auto Show will be held June 22.

He and his wife Kathy had their first date in the car, traveled to their wedding with it, and trundled each of their four children to their baptisms in its back seat. When they grew up, each of those children asked Kracik if the car could likewise figure in their weddings. Last year Kracik trailered the beloved vehicle to Arkansas so it could be used for his granddaughter Sara’s nuptials.

And come June 22, it will join more than 100 restored vintage vehicles on the streets of Lake Bluff for the 7th Annual Lake Bluff History Museum Auto Show that Kracik helped start. 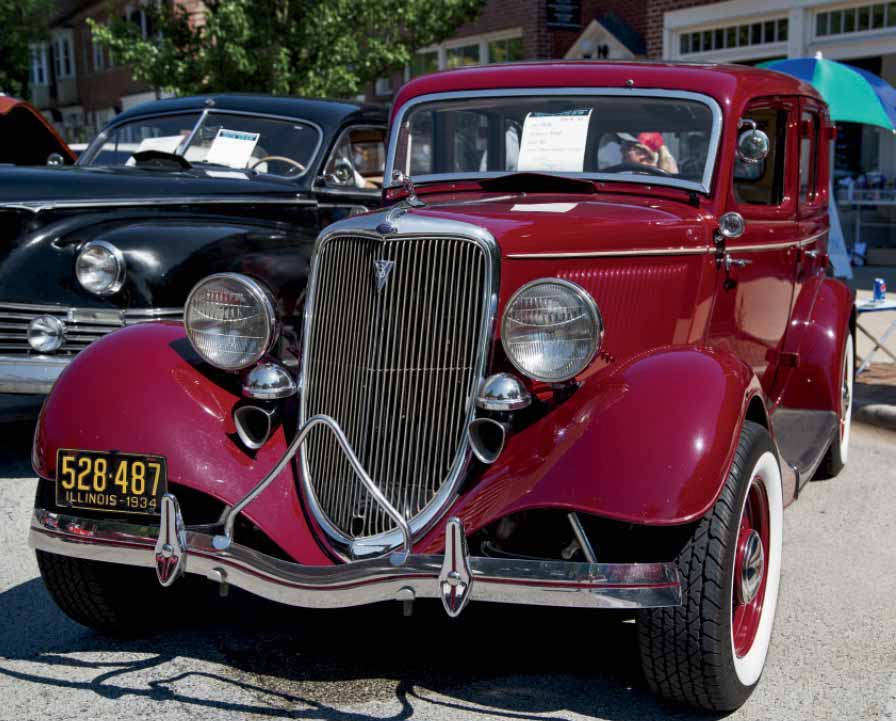 “I love restoring old cars,” says Kracik who moved to Lake Bluff in 1964, the same year he married and started teaching drivers education and coaching football at Lake Forest High School. “Restoring and owning vintage cars is a very relaxing and fun hobby. You kind of have to slow down a little bit to do it right. Finding the original parts, restoring the finish and the interior, putting it all together as it was when it came off the assembly line. It takes time. I think that’s part of the appeal of the hobby.”

Kracik’s car restoration efforts started with the car he bought as a sophomore at Parsons College. “I asked my roommate, Jim Jones, if he knew anyone who had a car I could afford. Turns out Jim came from this little town called Cherryville, Kansas, and had a neighbor there who had a 1930 Model A Ford. She bought that car the year it was made and had stopped driving it in the ’50s, leaving it parked in her backyard where the chickens had made a home of it.” 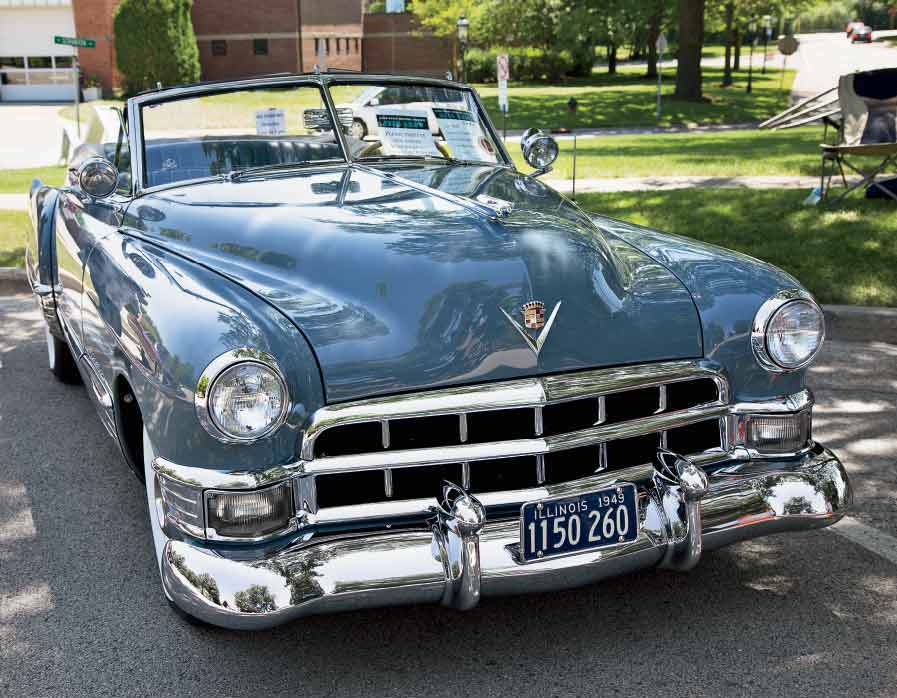 A few visits to Cherryville finally yielded the Model A.

“Jim and I put a battery in it and it started right up,” Kracik recalls. “But inside there was nothing but raw springs, no interior or floorboard, so I had my feet on the rails as I drove it back to school,” he laughs. “There were chicken feathers flying out of the windows all the way up that country road.”

Back at college, roommate Jones, an industrial tech major, took the car to shop class and redid the engine. “Then I took it to a trim shop and had a new top put on it and had the cracked glass replaced,” Kracik continues.

Back on the south side of Chicago that summer, Kracik put his upholstery skills to use, finishing the interior with pleat-and-rolled, red-and-black striped seats and headliner. “It’s a very durable upholstery technique,” he concludes. “And has held up all this time.” 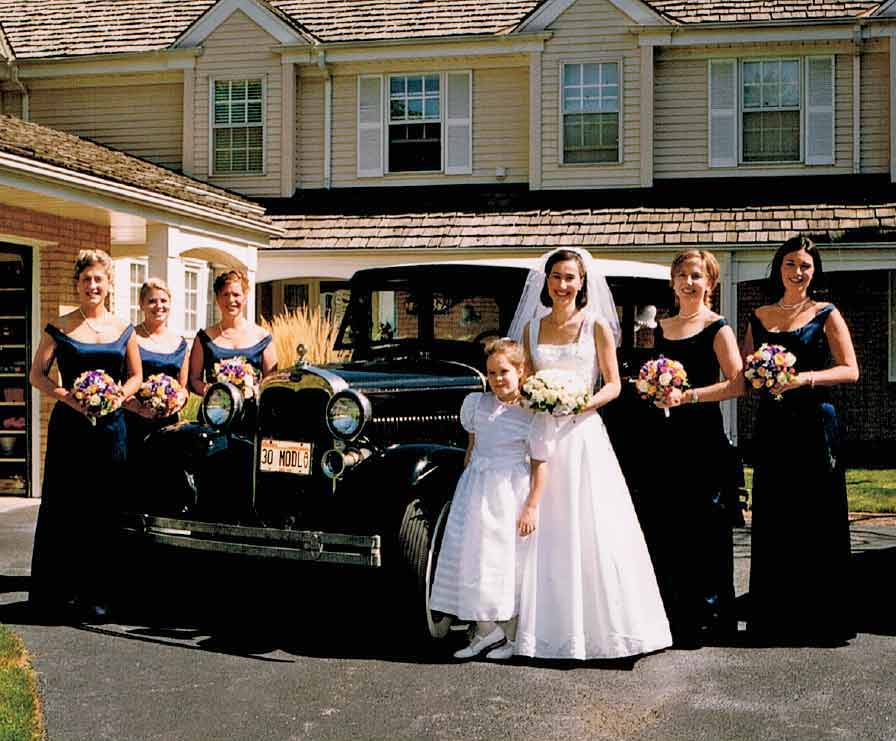 Kracik’s experience with the Model A led him up the path to acquiring and refurbishing more cars. “I’ve just always loved cars,” he says, “Especially sports cars—Mustangs and Corvettes—and so did my two boys.”

The “boys” finally convinced Kracik to get a little two-seater 1973 Mercedes 450 SL. And then in 1986, a former student sold him a red and white 1960 Corvette that needed to be restored. “I spent $10,000 on that Corvette—a lot more than the $35 I spent for the Model A,” he laughs. “But refurbishing the corvette was a real pleasure, too.”

In the years that followed, more cars joined the Kracik fleet: a 1929 Model A, a 1967 427 Corvette, a 2005 Chevy SSR, a 1972 Camaro, a 2012 Camaro convertible, a 2003 PT Cruiser, and a 1996 S10 Chevy Truck. Then a few years ago, a 1931 International Harvester ice truck was donated to the Lake Bluff History Museum (LBHM), that needed a lot of work. Kracik and a team of about 10 other car-restoration enthusiasts spent about four years renovating the truck which is now part of the LBHM collection. 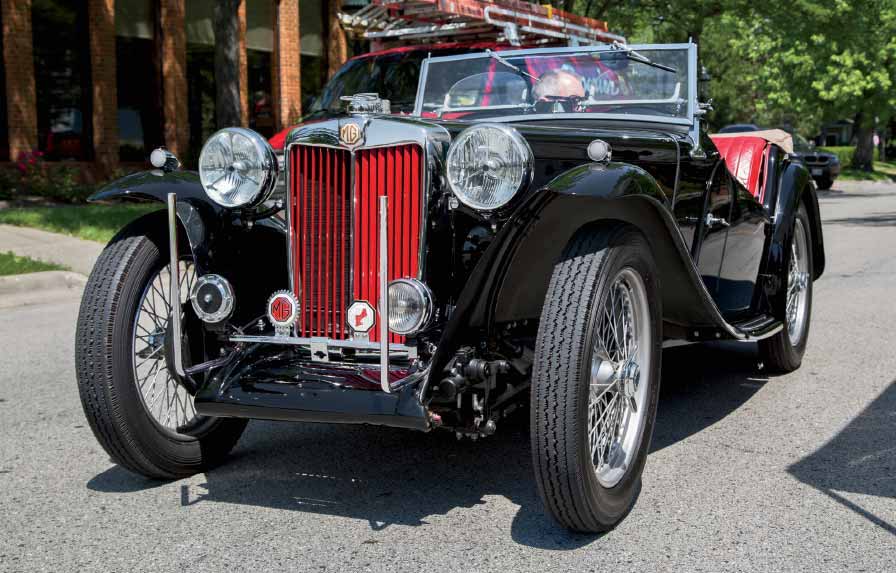 “After restoring that truck, we decided to start an annual car show to display the ice truck and other classic, restored vintage cars,” says Kracik. “Each year, we have more and more participants—both people showing their vintage cars from decades’ past, and, visitors attending the event.”

Show organizers say Corvettes, Mustangs, Cobras, Birds, Packards, Woodies, Jaguars, and more will be on display at the June 22 event, which is free to the public. Food and drink will be served. Sponsors include The Last Detail, Knauz Automotive Group, Lake Forest Bank and Trust, Silo Restaurant, and Hill and Stone Insurance. 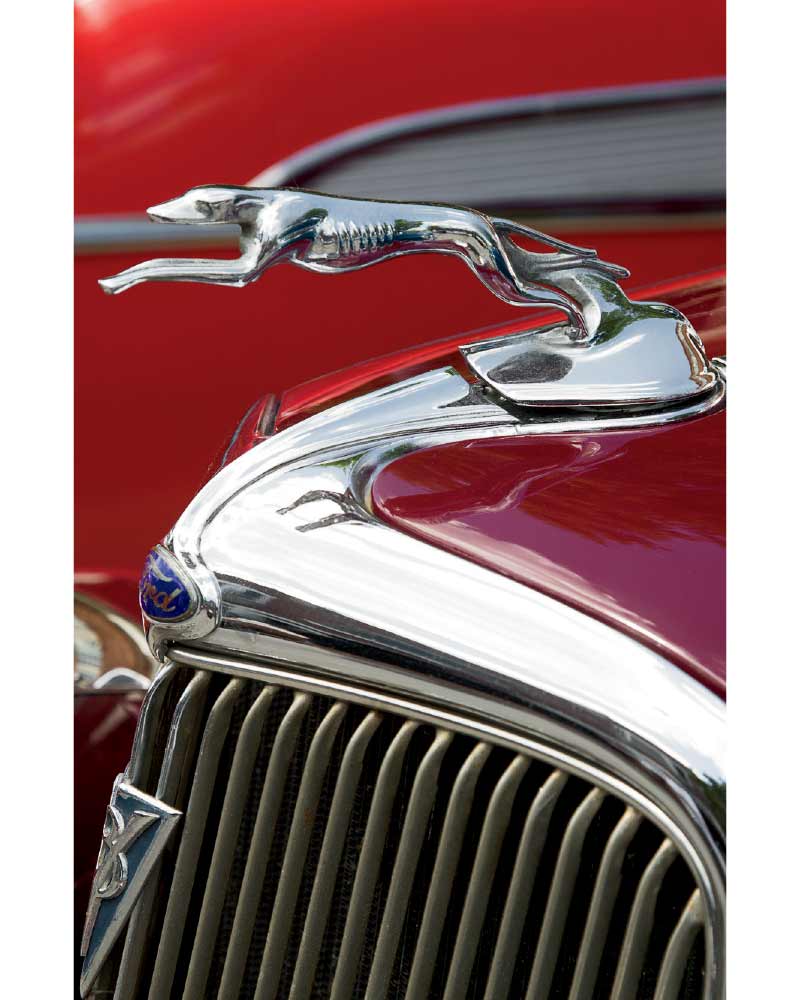 To accommodate the large number of cars that will be featured, Lake Bluff closes the streets in the area. This year, the show will be held on Saturday, June 22, from 3 to 6 p.m. on east Scranton and Center Avenues adjacent to Lake Bluff’s Village Green.

For more information about the show, to help sponsor it, or to register cars (pre-1990) for participation in the show, visit lakebluffhistory.org.