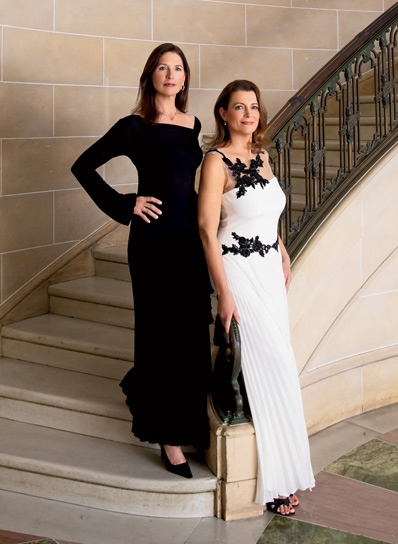 More than 50 years ago, a young, unwed pregnant woman needed help—to see her pregnancy through and to make the difficult decision to give her baby girl up for adoption. Catholic Charities provided the help.

That adopted baby went on to graduate college and own a small business. Today, she is a grown woman living in Lake Forest with a family of her own. “I was adopted through Catholic Charities by two wonderful people unable to have children of their own,” says the Lake Forest woman who now serves on the Women’s Board of Catholic Charities.

“There is no way of knowing for certain how my life would have been different had I not been adopted,” she says. “I would say after having my own children and as I have gotten older, I have been able to appreciate the selfless decision made long ago that set me on my life’s path. I was the recipient of a great blessing to have been adopted through Catholic Charities and feel it an equal blessing to help others on their behalf.”

And so it goes. This story is just one example of the countless people who have been helped by the dedicated volunteers of Catholic Charities and the Women’s Board who have continued to pay it forward for the past century.

Today, the agency has grown to be one of the largest private, nonprofit social service agencies in the Midwest, annually assisting more than one million people, without regard to religious, ethnic, or economic background.

For the past 30 years, the Women’s Board of Catholic Charities has been hosting its annual Art of Caring benefit, raising critical funding necessary for Catholic Charities to provide and expand upon its services throughout Lake and Cook counties. This year’s special anniversary Art of Caring event, “Compassion with Purpose,” will take place on April 6 at the Armour House Mansion and Gardens at Lake Forest Academy.

Since its inception, according to Karen Daniels, Associate Director of Development Catholic Charities, Lake County Services, the Art of Caring and the Women’s Board have raised well over $5.8 million and had over 110 sponsors for the event. The agency operates 158 programs from 174 locations throughout Cook and Lake counties.

With a goal to help each client of Catholic Charities become as self-sufficient as possible, the agency offers a comprehensive network of services ranging from food pantries to mental health counseling, affordable housing, senior services, and everything in between.

“Each year the event grows and that means Catholic Charities can help more of those in need,” Daniels says.

Last year’s benefit raised more than $450,000. To celebrate its 30th “Pearl” anniversary, this year’s Art of Caring will indeed be special—with a cocktail reception, gourmet dinner and program, dancing to the music of LFC Entertainment, a live auction, a $5,000 cash raffle, and a few surprises. Higher level sponsors and underwriters will be invited to an intimate pre-event Mass celebrated by Monsignor Michael M. Boland. And, a brave woman will share her story of resilience and the role Catholic Charities has played in her life.

Also new this year is the theme for the event—“Compassion with Purpose.” “We kicked around a few different words and lines, and we kept coming back to the word compassion,” says Nadine Shepard, co-chair with Sondra Adam for Art of Caring. “We decided that ‘Compassion with Purpose – 30 Years of Caring’ defined what this organization has always been about.”

In fact, compassion is what inspired the late Nancy  Pasquesi and seven of her friends—Susy Hoch, Pat Lynch, Ellie Clarke, Dorothy Andries, Madeleine McMullan, Edana Westrich, and the late Irene McMahon—to join her in the fight against poverty in Lake County. They formed a partnership with Catholic Charities and established the Women’s Board. Thirty years later, the Board is stronger than ever.

“The Women’s Board grows every year,” Daniels says. “And every year, we have more volunteers help with the Christmas Gift Program, the back to school backpack program, Meals on Wheels, and in the food pantry. Every year women and their families give of their time, talent, and donations. Every year we can help clients become self-sufficient.”

As co-chairs for the event, Shepard and Adam (both Lake Forest residents) selected the venue at Lake Forest Academy in part because they met when they both had sons attending the Academy at the same time.

“We chose Lake Forest Academy because of our connection to the school as alumni parents, and were certain the warm, elegant ambiance of the venue was perfect for this 30th anniversary celebration,” Adam says.

Proceeds from this year’s Art of Caring benefit will go towards the many service programs that Catholic Charities oversees, including a focus on growing the Community Based Violence Intervention and Prevention Program, established last year. The program provides free counseling and case management services for youth 24 or younger who have been a victim of, perpetrator of, or at risk for being involved in community violence.

“I have been witness to the relief on a mother’s face when she receives food to feed her family for a few days, when that certainty was tenuous before walking through the pantry door,” Adam adds. “I am hopeful to help convey the compassion with purpose message we are highlighting to remind our guests and the public that many of the neediest communities are just twenty minutes from our doors.”

Tickets start at $250 per person. For tickets and sponsorship opportunities contact Karen Daniels at 847-782-4115 or [email protected].

A Century of Compassionate Caring

To date, the Women’s Board has raised more than $5.8 million, with 92 cents of every dollar used to fund its 158 programs from 174 locations throughout Cook and Lake counties.

Great Depression – Catholic Charities helps people access private and public relief programs and becomes well known for feeding the hungry and caring for orphans and children of unwed mothers, as well as the mothers themselves.

1980s – Catholic Charities becomes one of the largest providers of foster care and other child welfare services in the area.

1989 – Women’s Board of Catholic Charities, Lake County Services is formed. 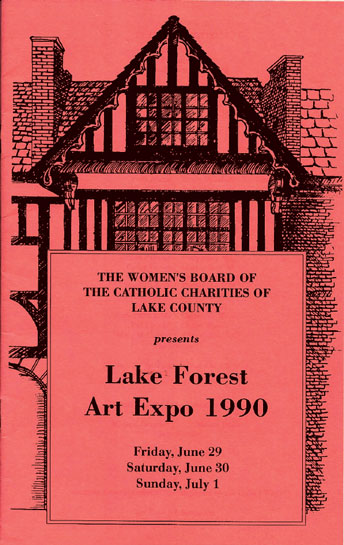 1990s – Agency grows its programming for seniors, and builds many affordable residences for this population. 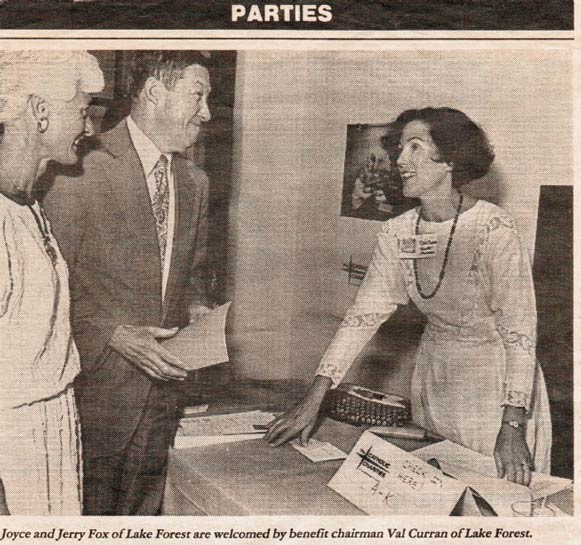 Turn of the Century – Catholic Charities continues to expand on programs in place, including providing emergency assistance, counseling, addiction services, employment, and training.

2018 – Establishment of Community Based Violence Intervention and Prevention Program that provides free counseling and case management services for youth 24 or younger who have been a victim of, perpetrator of, or at risk for being involved in community violence.

Spring 2019 – First expansion into west Lake County with facility in Round Lake.

Current Day – Catholic Charities grows to be one of the largest private, nonprofit social service agencies in the Midwest, annually assisting more than one million people, without regard to religious, ethnic, or economic background.