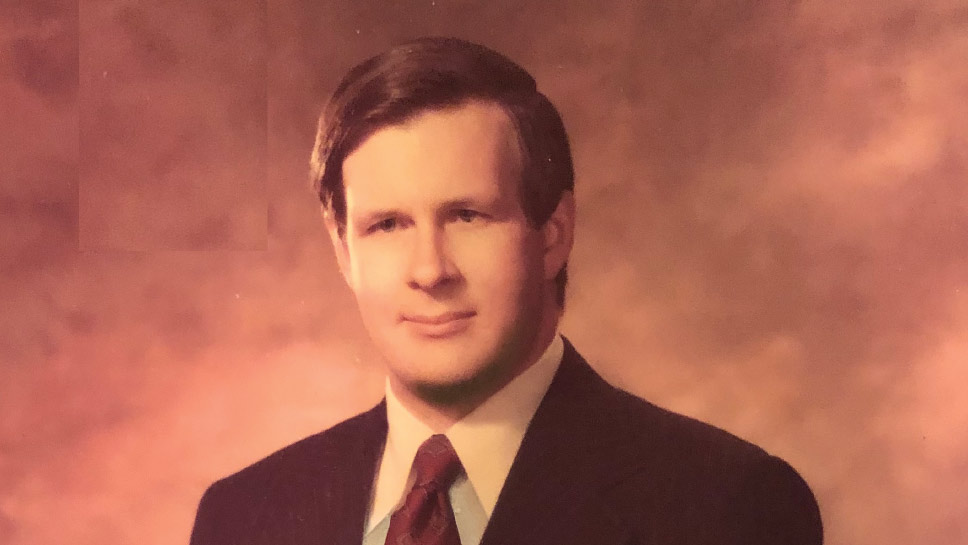 The family of Barry Joseph Carroll remember him as a Renaissance man and polymath.

Barry Joseph Carroll, 74, of Lake Forest, and East Chop, Martha’s Vineyard, passed away peacefully on Sunday, December 23, 2018, after a brief illness. Born on January 22, 1944, in Highland Park, the son of Wallace and Lelia (Holden) Carroll, Mr. Carroll grew up on the Lazy C Ranch in Bannockburn and then on LeWa Farm in Lake Forest where he met his beloved wife, Barbara Pehrson Carroll, while in high school. He leaves behind his wife of 53 years and his five children: Megan Carroll, Sean (Karen) Carroll, Deirdre Carroll (Jonathan) Erulkar, Colleen Carroll (Kipp) deVeer, Oona Carroll, and siblings: Wallace E. Carroll, Jr., Denis H. Carroll, Lelia Carroll, and eleven grandchildren: Aisling Shea, Eoin Shea; Fiona Carroll, Ciara Carroll, Sean Carroll, John Carroll; Samuel Erulkar, Benjamin Erulkar, Eli Erulkar; Wallace deVeer, Kathryn deVeer. A devoted husband, father, and grandfather, for all of his life’s accomplishments and adventures, his family will always remember him as a lifelong learner and avid reader with an encyclopedic memory who could teach them about virtually any subject, and as someone who enjoyed sailing and flying his airplane, playing many musical instruments, and singing folk music. Barbara always thought that the man she loved and married would share with her a most interesting and adventurous life, and he did.

Mr. Carroll spent most of his adulthood working as a manufacturing executive, real estate developer, bank director, university trustee, photographer, and filmmaker, and he got his start at Lake Forest Academy and graduated from Lake Forest High School in 1961. He attended Boston College, 1961 to 1963, and earned his B.A. from Shimer College in 1966 with a concentration in humanities. He attended St. Claire’s Hall, Oxford, England, and earned his Master of Business Administration from Harvard Business School in 1969, with a concentration in finance and small business administration. In 1995 he received an honorary doctorate of letters from Shimer College. Early in his career, he was named one of the “Outstanding Men of America” by the national organization, and he was invited and joined MENSA.

Apart from his studies, during the early 1960s, Mr. Carroll pursued his passion for music playing the guitar with the Careless Lovers, and later The Mandrell Singers where he opened for such artists as the Mamas and the Papas, Joni Mitchell, Carole King, and Dave Van Ronk. “The apex of my career was back in the Pop Folk Music era when I played at the Bitter End Coffee House in New York on the same marquee as Cass Elliott,” he once said. As a project for school, Mr. Carroll and his wife, Barbara, started the Unicorn coffeehouse in Mt. Carroll, Illinois, when they were first married. At age, 25 after writing a business plan for another school project, Mr. Carroll became the CEO of the J.C. Deagan Co., a 79-year-old Chicago musical instrument manufacturing company, which produced mainly percussion instruments, electrovibes, and marimbas. He eventually came to own and run this business. He joined the board of the Lake Forest Symphony where as a young man, he served as Vice President and later Chairman. He was presented the Golden Baton award for 50 years of volunteer service and support to the symphony and the Music Institute of the Symphony Association. Today the latter continues to enroll hundreds of students.

However, it was his avocations and adventures that his family remember fondly. A private pilot, he enjoyed flying his Mooney 201J to Martha’s Vineyard, all over the Midwest, New England, and the Caribbean with his trusty co-pilot, Barbara. They would hire planes and fly over volcanoes together while on vacation all over the world from Hawaii to Thailand. He was an avid sailor and enjoyed the Caribbean and Martha’s Vineyard in his two boats, the “Katy,” a 41’ Morgan Ketch, and “Fairplay,” 29’ Skimmer, out of Edgartown Yacht Club and East Chop Yacht Club. He also enjoyed playing tennis, skiing in Breckenridge, Colorado, and SCUBA diving in the islands. He traveled to most of the states in the Union, and further afield to all six continents, the northern and southern ice caps, the five largest countries, and numerous others down to Andorra, Monaco, San Marino, Nepal, Guyana, Belize, and the Caribbean Islands.

In 1970, he began his pursuit of improving standards in educational institutions when he joined his alma mater as a founding board member for Shimer College and the Shimer College Foundation for Liberal Arts, and served as Chairman from 1975 to 1978. From 1973 he served for decades as trustee on the boards of Roosevelt University, St. Xavier University, Barat College, and the University of Illinois Eye Research Institute.

In 1983 and 1984, Mr. Carroll accepted an appointment by the President’s Commission on Executive Exchange and worked for a year in the first Reagan administration as Special Assistant to the U.S. Secretary of Education, Terrel Bell. In subsequent years, he followed up on this appointment by speaking on, authoring, and editing a monograph and book on business partnerships with education.

Mr. Carroll also went on a scientific expedition to an unusually dry valley in Eastern Antarctica in January 1989 where he explored mineral resources while SCUBA diving under the ice and he employed helicopters and a hovercraft to photograph the terrain and wildlife. His numerous photography and videography projects spanned a variety of scientific and industrial subjects over four decades, producing dozens of films including one on the history of punch presses and one on the story of mallet instruments.

In his autobiography, Mr. Carroll described his own life in the following words: “In brief, I have lived in an extraordinarily rich and fast changing time and drunk in many, many of the opportunities and joys and experiences that any one person might ever expect in a number of lifetimes. I have chased shrimp boats and freight trains in a helicopter, hanging by just a seatbelt 500’ over the water in steep banked turns, filmed oil drilling platforms in the Gulf of Mexico, shot ducks in the alligator lined bayous of Louisiana, “slipped the surly bounds of earth” in my light airplane, dove to the blackest depths of Lake Geneva, and nearly died from asphyxiation in a grain dryer. I have mostly owned and driven/flown/sailed ten motorcycles, a wide range of tractors with up to 12 gears, innumerable cars, five or more types of light planes, a Bell 206 helicopter, many sloops and ketches, a hovercraft, and a locomotive.” Mr. Carroll was an adventurer and an explorer, a loving husband, father, son, brother, and grandfather, but he was ultimately a lifetime student, a polymath, and true renaissance man.

“What each of us does with the life the fates have suffered us to have is the measure of our worth. Did we take joy in learning? Did we take pride in our work? Did we love without condition? Did we treasure and respect our lives and that of other sentient beings? Did we seize opportunities and open doors for others with less opportunity to fulfill their potential? Did we share our gifts? Did we listen to the social conscience that hundreds of thousands of years of surviving in a challenging and threatening world have bred into us? Did we take a long-term view of how to achieve the betterment of our fellow man? The answers to these questions are all that will echo down the halls of time when memory of us fades and dies with our kin, and our remains are consigned perhaps to a tank, or to the earth and air, and finally stardust.”

The family held a private funeral on January 8. Memorial services will be held at 11 a.m. on May 18 at the Church of St. Mary in Lake Forest, and on Martha’s Vineyard on July 16.