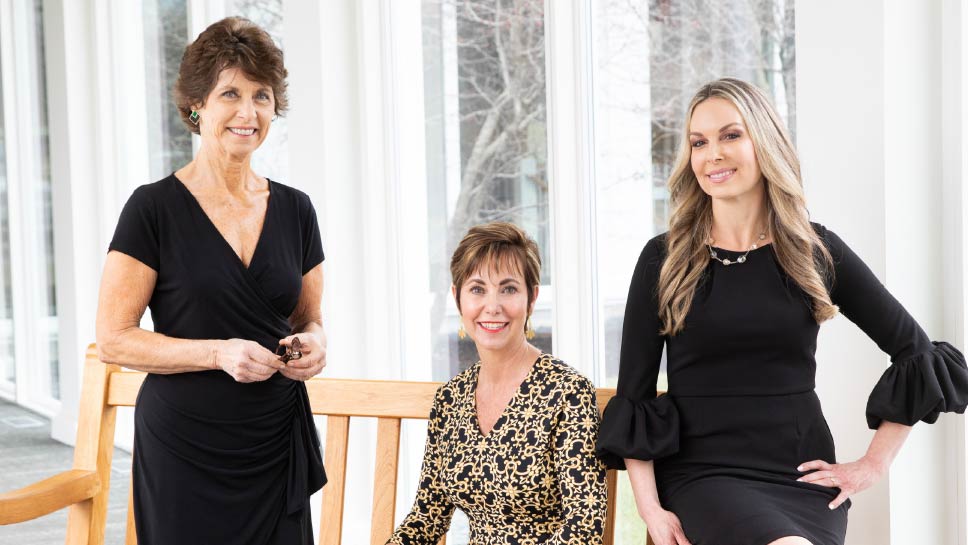 Lake Forest’s Colette Mendelson and her crew of volunteers hope to help bring an end to sex trafficking by providing a safe place for mothers and children to begin new lives. PHOTOGRAPHY BY ROBIN SUBAR

If you build it, they will come.

This is the mantra the Stepping Stones Network volunteers from Lake Forest’s Christ Church repeat to themselves as they work to obliterate sex trafficking from Lake County.

Stepping Stones Network is a nonprofit organization formed to address the prevalence of commercial sexual exploitation and trafficking in the Chicago area, as well as the lack of recovery services, housing, and employment alternatives for those victimized by this modern-day form of slavery. The mission is to educate and engage the community to prevent domestic commercial sexual exploitation and to provide comprehensive, restorative care to survivors.

“People hear the term sex trafficking and they think it’s something that’s happening in far away countries,” explains Colette Mendelson, director of fundraising for Stepping Stones Network. “But the Lake Forest Police Department recently called and asked me to help them place someone who was a victim. It’s that close.”

Sex trafficking, a form of human slavery, is increasing in Illinois at alarming rates. According to the Cook County Sheriff’s office, 16,000 to 24,000 women and girls in Chicago become victims of sexual exploitation every year. Of these, 35 to 40 percent are under the age of 18 and many are mothers with children.

“Sex trafficking is terribly manipulative,” says Mendelson, who canvases Lake County and nearby areas on behalf of Stepping Stones to speak about this issue and recruit volunteers. “When people think of sex trafficking, they think of the victims as being taken by force. But sex trafficking is actually much more deceptive than that. The predators often get their victims through fraud or blackmail. The women then see their situations as a result of choices they made. It’s uglier than you can ever imagine. If someone is dragged off the street, they know they’re a victim. But if they’re manipulated into joining a trafficker, they blame themselves.”

For victims who are fortunate enough to escape their trafficker, the resources to help them recover are limited.

“There are only 50 beds total in all of Chicagoland to house sex trafficking victims,” says Suzanne Baker Brown, executive director for the Stepping Stones Network. “We noticed that a majority of the victims that came to us were young mothers with children. There were no programs to refer them to. Then we uncovered statistics that said 70 percent of trafficked women had children and that 50 percent of those children were likely to be sold for sex. We understood that we could help mothers rebuild their lives and protect and bring healing to their children as well.”

Stepping Stones Network recently acquired a five-bedroom home in Lake County that will soon house women who have escaped from human trafficking and want to begin the process of rebuilding a new life. Stepping Stones is also introducing programming designed to bring healing and safety to mothers with children—the first of its kind in this country. Currently, a victim needs to relinquish rights to her children in order to receive services from an organization like Stepping Stones. But Stepping Stones realizes that such a sacrifice can easily impede a victim from seeking the resources she needs.

“Some victims end up in sexual exploitation as vulnerable children themselves or because they were desperate to provide for their children,” adds Baker Brown. “We want to support these moms who love their kids. We believe reuniting these families and allowing them to heal together in a safe environment will restore their ability to lead successful, productive lives.”

“It was really important for us to make our Stepping Stones Network home feel as warm and inviting as possible,” says Moehlenpah, who answered a call from Christ Church’s news bulletin looking for volunteers to help with this effort. “A stable, hospitable home is really important to our program; and, even more critical is a consistent, loving staff that will help the women and children heal from their trauma and experience what real love looks like.”

Mendelson and Baker Brown are currently leading Stepping Stone Network’s capital campaign to raise funding for future staffing and other resources it will need to open its house this spring.

“We are so close! We’ve raised $85,000 of the $125,000 we need,” explains Mendelson, who says the organization that is currently run by an all-volunteers staff needs the funding to expand its outreach and sustain itself. “We’re at the point where we need to hire paid staff for the residential program.”

Additionally, Stepping Stones Network would like to acquire a second home where the first house would focus on the recovery of the victim and the second would provide a longer-term residence. But until this dream can be realized, the first house will meet both short- and long-term needs, easily accommodating up to four victims as well as their small children.

“The research numbers support what we’re doing to help these victims,” says Mendelson. “It’s a real epidemic and we have to step up and stop this. We don’t want to look back in 10 years and wonder why we didn’t do anything.”

To learn more about volunteering with Stepping Stones Network or how to donate, visit steppingstonesnetwork.org.