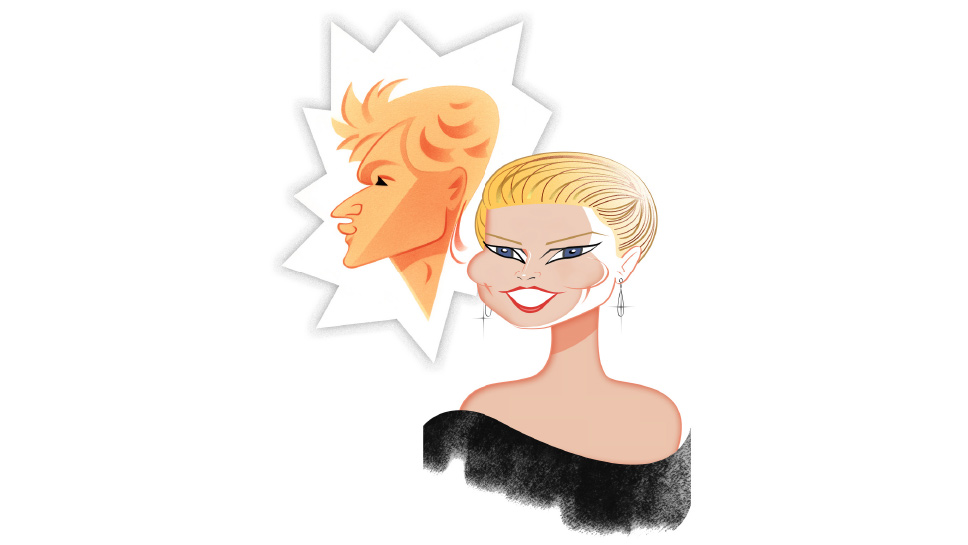 She was just 14, and he was 18, when they met and began a love story that might have ended when legendary dancer and actor Patrick Swayze died at age 57 after a 20-month battle with pancreatic cancer. But in a recent interview with his widow, herself an acclaimed dancer, actress, producer, and best selling author, Lisa Niemi Swayze makes it clear that her love for Patrick endures, along with her love for new husband Albert DePrisco.

“Inside and out, Patrick was a beautiful man,” says Niemi. “We spent our entire adult lives together, and I beyond love him dearly and beyond miss him so much.”

It is her current marriage and life with DePrisco that connects her to Lake Forest with the recent opening of A.M. DePrisco Jewelry near Market Square. Husband Albert is the founder of his eponymous jewelry business that Niemi’s niece and Lake Forester, Jennifer Smoter (with husband Jon) now own and operate.

Niemi met DePrisco through mutual friends during a barbecue at her New Mexico ranch three years after Swayze’s death. “You find someone when you are not looking for someone,” she says. “We were two people who still had a lot of love to give, and it’s a wonderful gift to find someone to give it to. And, it doesn’t diminish the love I have for my late husband. They are not in competition with each other.”

And while Niemi spreads her time among her shared homes with DePrisco in Wellesley, Massachusetts, Florida, Las Angeles, and New Mexico, she says that “Chicago has a little bit of magic for me.”

“Patrick and I spent time in Chicago when he was shooting The Beast and undergoing treatment at Northwestern for his pancreatic cancer,” says Niemi, who became an ambassador for the Pancreatic Cancer Action Network after her husband’s death in 2009. “Patrick and I knew that every day was a victory to be alive. I got to see him be a true hero in real life. He was wise, and possessed a quiet bravery with wisdom, kindness, and humility.”

It seems that the Swayze’s 34-year marriage possessed a little magic of its own. In Niemi’s memoir, Worth Fighting For, she refers to Patrick as “my beautiful man.”

“I used to tell him he was a tough guy with ballet shoes in his back pocket,” she says. “He was a contradiction and that was okay with him. Patrick was a barrel of energy and could be very intense. He was an artistic soul but would kick your butt if he needed to. He called himself a peaceful warrior. When he got sick, he sometimes found it hard to live his life in the easier way, and to relax.”

Yet it was their shared passion seemed to be the glue that held them together and fueled their lives. “Patrick and I had such a large life together,” remembers Niemi. “We did incredible things and traveled to great places. We were great students, always learning things, always curious and adventurous.”

In her new chapter, Lisa Niemi continues to explore and grow. She’s finishing her first novel, with the working title, Wayfaring Stranger, inspired in part by her late husband. The story idea, which is about a tragedy that occurs in the lives of three young people and how they find a reason to keep going, came to her after these thoughts:

“I started thinking about Patrick and how I’d see him again,” she says quietly. “He’s just on the other side.”