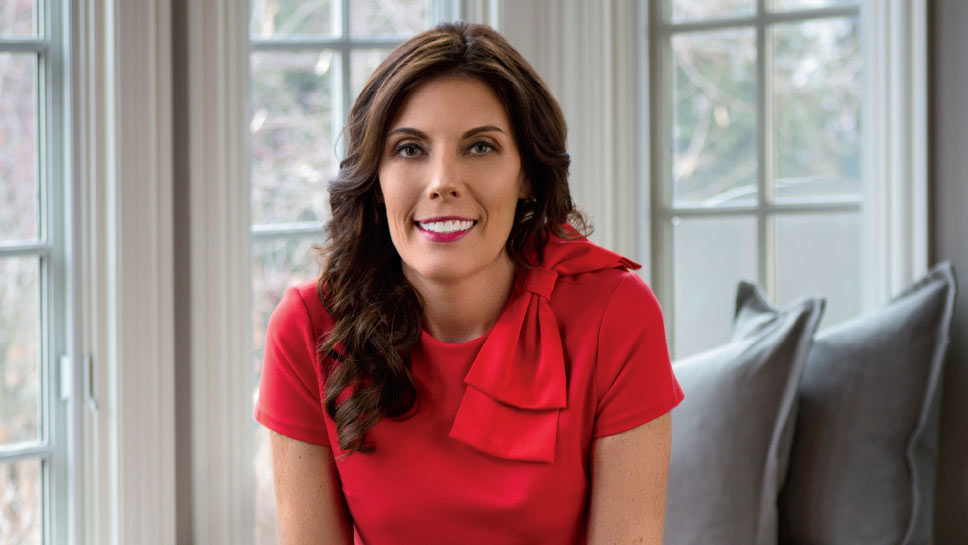 It’s a rare thing to know what you want to do with your life when you are still a teen. But Lake Forest’s Tia Bagan was one of those lucky few. Growing up in Des Moines, Iowa, with a dad in the clergy, Tia knew early on that she wanted to work in a service profession. But a visit to a family friend’s practice made it clear which one.

“Speech pathology,” says Bagan. “I was in high school and a family friend who was a speech pathologist invited me to visit her at her office one day,” says Bagan. “I’ll never forget it. One of our friend’s patients came in with this huge bouquet of flowers, and was showering our friend with thanks. It turns out that six months prior, the patient had been unable to eat due to her condition. Therapy helped not only her speech, but her ability to eat.”

The visit made a deep impression on Bagan, forever linking in her mind the struggle that many people have not only to speak, but to eat.

“I was hooked on wanting to help,” says Bagan. “Because when you think about it, eating and talking are two of our greatest pleasures in life. And for many people who have had strokes or throat cancer or any one of a number of conditions, the ability to eat and to speak are both hampered. I knew right then that I wanted to be a speech pathologist and
to do what I could to restore both of those pleasures for people.”

Bagan headed to the University of Iowa’s Department of Communication Sciences and Disorders for her undergraduate degree in speech pathology, and then to Rush University Medical Center for her graduate work, where she met her future husband, who was a neurosurgery resident at the time.

“It was a really pivotal time in my life,” says Bagan. “There we were, two financially-strapped students, trying to make our way forward,” she laughs. “My husband had grown up in Lake Forest so we would get away from the stress and visit his family here when we could. I remember thinking how charming Lake Forest was—never realizing that one day we would make our home here.”

Most weekends during this time Bagan took contract jobs at various clinics around Illinois to gain experience, and help with the bills. Her exposure to so many patients reinforced Bagan’s desire to help people not only with their speech, but to enhance and transform their experiences with food.

“The more time I spent with patients, the more concerned I became with how deprived they were by not being able to find foods that they could eat. I also just saw the power of food. It’s about so much more than eating. It’s how we socialize, it’s how we show love. When someone is sick you say, “Here, can I bring you some soup? What can I get you?” And when you want to hang out, so much of the time, that includes a meal.”

In short, Bagan realized that patients who have trouble eating are excluded from so much more than food.

“People with MS, or ALS, or who have had a stroke, or have neurologic difficulties or some kind of surgery come to the table, but they can’t eat anything on the plate. So they are constantly excluded. And not only that, constantly reminded that they are different,” she says. “It’s painful for them, and for their caregivers who so much want for them to be able to enjoy their meals.”

Bagan kept all of this in mind as she worked for five years at Rush as a clinical supervisor and lecturer for five years, as she went with her husband to the East Coast for several years, and as she came back to make Lake Forest her home and begin to raise her two young daughters.

Throughout her work with patients in acute care hospitals, out-patient, rehabilitation, day rehab, and skilled and long term care facilities, she began to research what food products were out there for her patients.

“What I saw was really disheartening,” says Bagan. “There was so little being offered. Most patients were either forced to choose from only pureed food products or off-the-shelf liquid products that included ingredients that you wouldn’t want to put in your body. I kept thinking why is our standard so low? We can do so much better than this.”

Finally, Bagan took her research, resolve and her recipe prescription to a company in California and formulated a sweet, calorie-dense snack designed to be crunchy, yet melt-in-your-mouth and easy to swallow.

Called EAT bars (theeatbar.com) the snacks, which come in four flavors (strawberry, dark chocolate, white chocolate and lemon), taste like candy-coated meringue cookies, and have launched a business for Bagan and her family.

“It’s been just amazing,” says Bagan. “And I have to say, it was the strong, powerful women I knew in Lake Forest that really made me think that doing this—being both a mom to two young girls, and being and entrepreneur, was possible.”

Bagan put the product out on Amazon right out of the gate to see how it would be accepted, and sold out of the strawberry product immediately.

“It was really affirming to hear from clinicians and consumers that the product was easy for my target audience to eat and to enjoy,” she says.

With such rapid success, Bagan was approached by several large companies who wanted to purchase the product and make it their own.

“But they wanted to make changes to the ingredients that I didn’t find acceptable,” says Bagan. “I wanted to keep the products GMO-free, gluten free, nut-free, and Kosher, the way they are now.”

So Bagan made the decision to keep theeatbar.com a family business. Bagan holds the title of co-founder and chief innovation officer. Her cousin, Jayne Dow, who is a brand marketer based in Minneapolis by trade, has taken the role of CEO. And Bagan’s brother, a Portland-based lawyer, is handling the business side.

Bagan’s current push is to enhance the product’s website so that direct-to-consumer sales can be handled there. She’s also been delighted to find that the product works well with a much broader audience than anticipated. “So, we are working on a lot of product line extensions already,” she adds.

“Picky eaters, kids … you name it. I was at my daughters’ (who are 5 and 6 right now) dance class and I pulled out a bar when the girls were hungry, and everyone wanted some,” Bagan laughs. “Everyone has a story of somebody who won’t or can’t eat. I’m so thrilled that I get to help change that.”