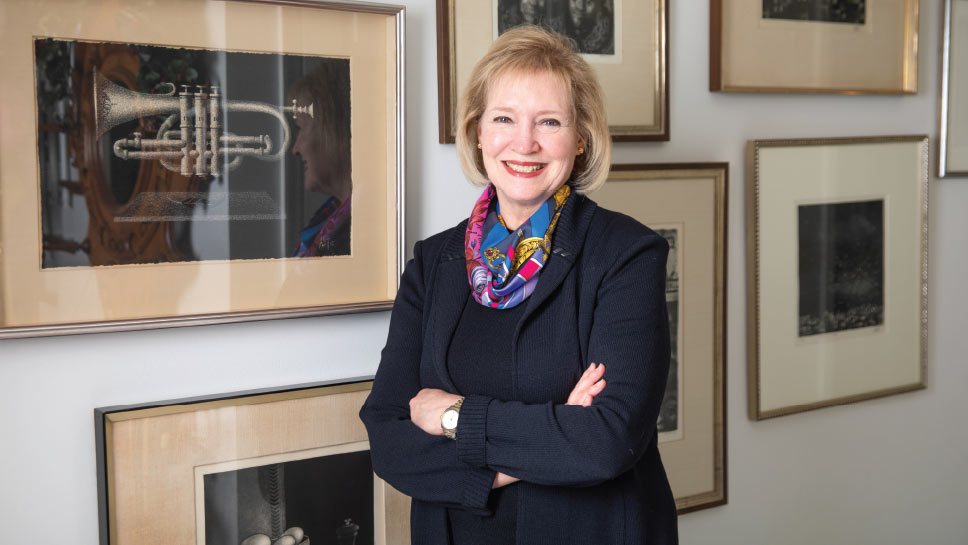 Boys & Girls Club of Lake County CEO Cesilie Price has been a “second mother” to a girl for nearly a decade. Price receives a “Happy Mother’s Day!” text message from the girl every May.

Price had lunch with the girl one day. The girl wasn’t happy.

“Things weren’t going well for her at school,” Price, a Lake Forest resident since 1992, recalls. “She was hanging out with a crowd that made fun of successful students at the school. She no longer seemed motivated.”

“She admitted to me, ‘I didn’t realize how much the crowd was bringing me down,’” Price says.

Six months later the girl called Price and asked, “What are you doing at 9 a.m. Thursday?”

“I want you to hear my name,” the girl continued.

Price attended a 9 a.m. assembly at the girl’s school. Names were announced on that Thursday. Honor roll names. One belonged to a girl who had found an entirely different crowd of friends and become a successful student.

Turnaround stories like that abound at Boys & Girls Club of Lake County, which serves more than 1,000 youth (ages 6-18) annually through after-school and summer programming at three sites in Waukegan. Its mission: “To inspire all young people, especially those who need us most, to reach their full potential as productive, caring, responsible citizens.”

Price has been an integral leader at the club since its inception, beginning with the start of her eight-year tenure as a board member in 2000. She celebrated her tenth year as CEO in late May.

“Problems involving youth are not all in Chicago; there are others right here in our backyard, and many don’t realize that. We need to look north more often, not always south. People in our North Shore communities, through their valuable time and generous donations, can make a positive, significant impact on the lives of our young neighbors,” Price says. “Ten minutes away —that’s how close they are to us.”

Seventy-six percent of the youth that the club serves come from families with incomes less than $35,000. Unlike other local youth organizations, Boys & Girls Club of Lake County focuses on the total person. It does this with a three-pronged approach, providing programs targeting academic success, good character and citizenship, and healthy lifestyles.

“It’s important to us that each young person in our club has a plan for the future after high school. We’re showing them that there’s a big, positive world out there for them, along with opportunities to feel empowered. Academic success, yes, will help them achieve their life goals,” Price says. “But they have social and emotional needs, too. We work with them by addressing those and listening to them. Our ‘SMART Girls’ (component of Healthy Lifestyles) focuses on health and fitness and self-esteem enhancement. Our ‘Passport to Manhood’ promotes positive behavior and responsibility. Wearing clean clothes, maintaining good hygiene — these help eliminate barriers to friendships, as well as getting teased by classmates.”

Boys & Girls Club of Lake County, for many of the club’s boys and girls, doubles as a warm home. Or a haven.

“Many of the kids,” Price says, “consider the club a part of their family. I’ve heard them talk, heard them express how important the relationships they’ve made with us are. They feel comfortable around our staff members. They bond with them. Our staff members? They have high expectations for the kids they help. I think that’s wonderful.”

Price attended Springfield High School, home of the Senators, and returns to Springfield regularly to fulfill her duties as an Illinois State Board of Education member. She was an SHS cheerleader and active in theater (singing and dancing) and student government.

Education fueled her. She graduated with a business degree at Southern Methodist University in Dallas and earned her MBA at the University of Texas at Arlington. Her father, always-happy-always-nice-to-everyone Keith, an independent insurance agent for 50 years, died in June at the age of 94. Her mother, Jean, who died in October, loved to learn and could tell you why the best times to make decisions each day are between 10-11 a.m. and right before dinner. Jean was a music major in college before becoming an attorney.

“My biggest role model,” says Price, the mother of two daughters (Laura and Lindsey) with husband Bob (a “fabulous guy”) and the grandmother of four grandsons. “My mom always found a way to get something done. She was a visionary, being one of the first four women to take the bar exam in Illinois. I played with cars and trucks and building blocks, in addition to dolls, when I was young. My mom encouraged me to expand my mind at a young age.”

Price has a brief, funny story to tell. It stars her parents—residents, together, at an assisted living home in Lake County for a spell—and a pair of staffers at the home.

“The staffers had a major argument over who would get to assist my parents one day,” Price recalls. “They liked my parents because they were nice, so nice, never grouchy. My dad was big on saying ‘Thank you’ to anybody who did anything for him. My mom was the same way.”

Price enjoys gardening and walking in her free time. But nothing thrills her more than spending time with her grandchildren. Grandma and grandson Nicholas from Texas have caught lightning bugs in jars and released them. Grandma and Nicholas have read books together.

“He sometimes reads to me and shares his thoughts about what he just read,” Price says. “I look forward to those moments. I love those moments. Kids … they’re like little sponges.