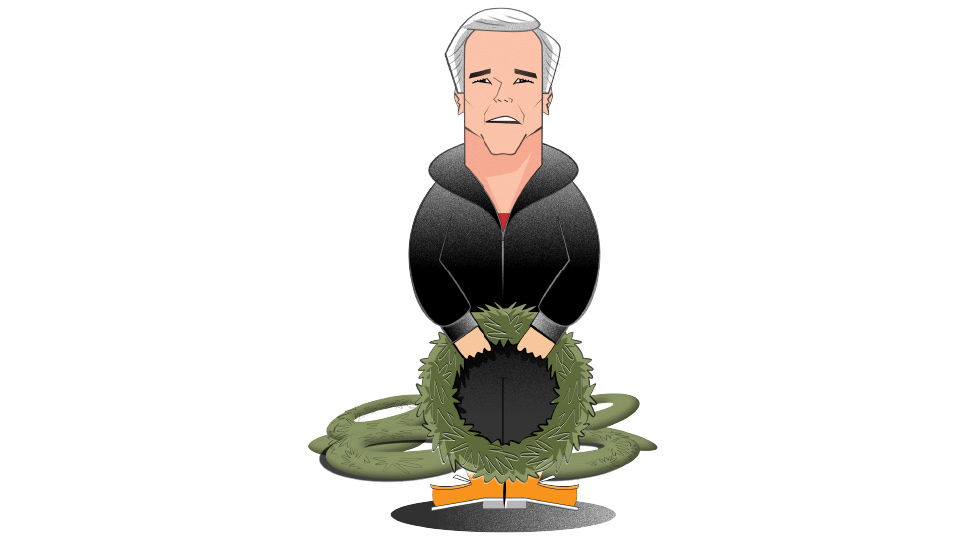 Andy Barrie of Lake Forest is known around town as the secret Santa behind the Fallen Hero wreath program. He and wife Ceil raised three children here but he started his Northwoods Wreaths LLC 36 years ago, running the business at Didier’s Farm in Lincolnshire. Five years ago, he had about 300 wreaths left over in early December so he had an idea. “My son and I drove them to a military cemetery in Union Grove, Wisconsin,” he says. “ While placing them on graves, a Korean War widow asked about what we were doing and stated that she hoped we could do it every year.” That’s when Barrie started to offer Fallen Hero wreaths to more than 400 youth groups as a fundraiser, matching their sales by donating wreaths at each cemetery. This year, he’s hoping to try to fill cemeteries at Great Lakes Naval Training Center, Fort Sheridan, and Union Grove, but he’s still 900 short. To find out how you can help, visit fallenherowreaths.com.

Last piece of feedback you received from the Fallen Hero project that made you proud of what you’re doing?

A woman approached me at a wedding in early October. She had read about the program and said it was touching that a locally grown program could bring out more than 200 volunteers in mid-December to honor our Veterans.

Last amazing meal you will not soon forget?

Ceil is a great cook so I’d have to say the short ribs she cooked last night!

Last piece of advice you received that you’ve shared with others?

“Thank a veteran. Then make it up to him,” from my neighbor Ralph Hansen.

Last moment with a customer that made you realize why you love doing what you do?

Earlier this month we sponsored a Fallen Hero sales contest with the Boy Scout Council. The Boy Scouts are now known as Scouts since girls are allowed. The first prize in our contest went to a girl Cub Scout who sold 24 wreaths.

Last favorite holiday memory? Skiing with my wife and kids on Christmas Day in Breckenridge.