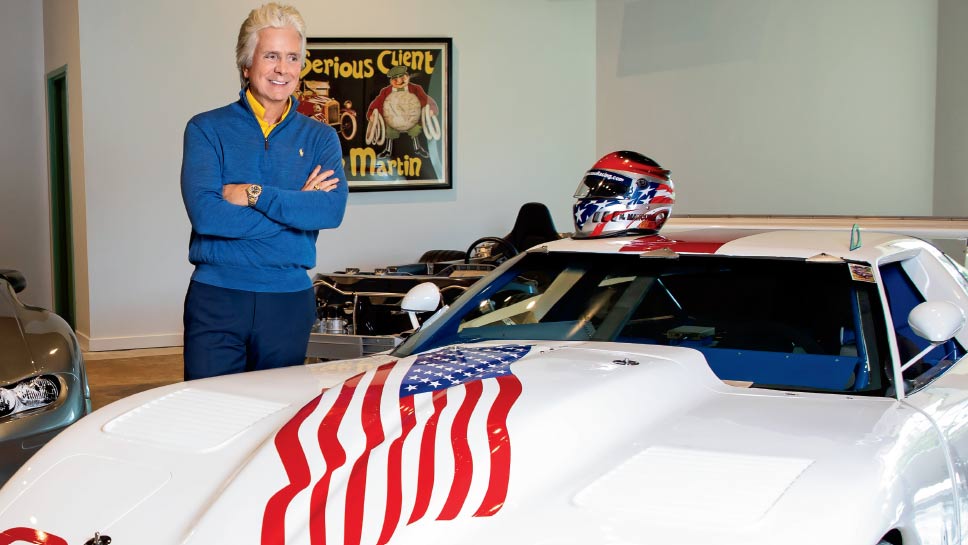 While Rick Mancuso is best known in Lake Forest for his Ferrari dealership, his secret love has always been the Chevy Corvette. PHOTOGRAPHY BY ROBIN SUBAR

Steve McQueen had his Mustang, Burt Reynolds his Trans Am, and Bond is back with his Aston Martin. And in his own way Lake Forrest Ferrari dealer Rick Mancuso has gotten just as much mileage out of his long romance with the Chevy Corvette.

In September, he was invited by the Corvette Hall of Fame to participate in the production of the induction video for legendary race car engineers and drivers, brothers John and Burt Greenwood, with whom he raced in the mid-to-late ’70s.

That was during the energy crisis, and American car companies scaled back their active participation and sponsorship of automobile racing. “It would have been a very public black eye to be seen as wasting gasoline like that,” Mancuso says. However, “General Motors and Chevrolet helped support ‘independent’ teams, and we were the face of Corvette racing at the time. It was the most official ‘unofficial’ corporate relationship you could have.”

In the video, Mancuso shares his memories of his racing days with the Greenwoods, and the depth of emotion he still feels for his friends and that time is obvious.

In 1976 Mancuso watched John Greenwood, in a heavily customized, star-spangled Corvette, methodically and with steely determination, beat one of the best drivers in the world at that time, Peter Gregg, at Sebring International Raceway in Sebring, Florida. The racing world is a close one, and the Greenwoods and Mancuso considered Gregg a friend. Nevertheless, he was driving a BMW, fully, publicly and lavishly supported by the German automobile maker and government, and their competition was fierce.

“He had unlimited budgets, unlimited talent, unlimited practice, and everything came together,” Mancuso says. In that bicentennial year, a sea of American flags in the stands and along the fencing was common, and Mancuso remembers being approached before almost every race by World War II veterans, wishing him and the Greenwood team luck.

“That became very poignant for me,” Mancuso says. “To take the top guy in the top car from Germany and outrun him, no matter what he threw at us, and doing it in a Chevrolet Corvette in the U.S. in that year, was an exciting, thrilling moment.” 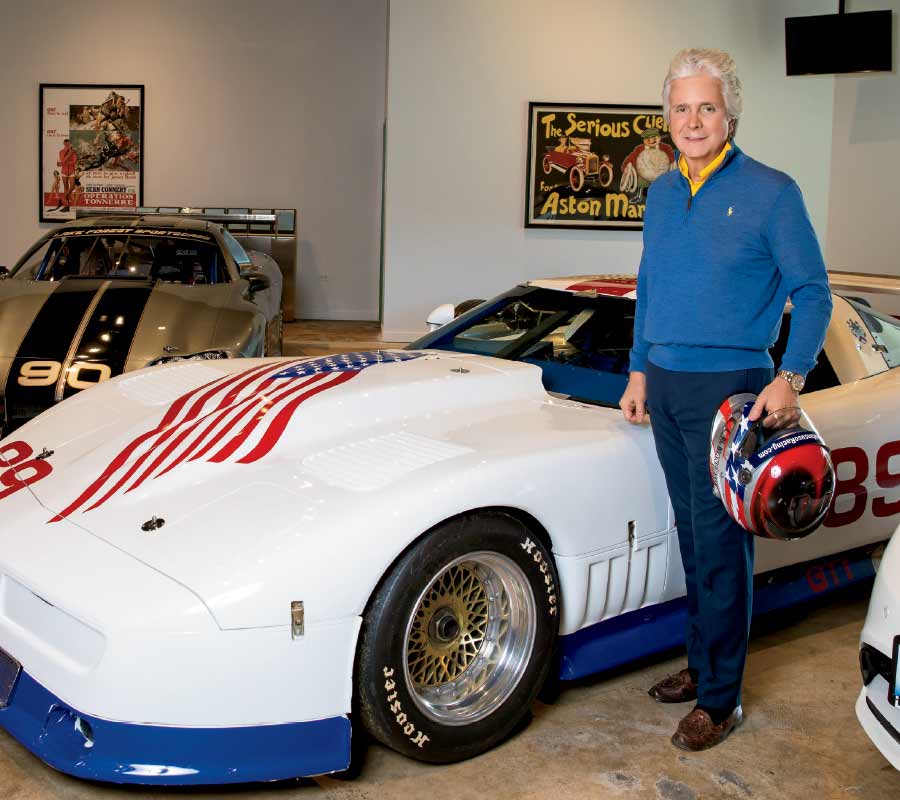 Mancuso’s love affair with Corvettes began with watching the TV series Route 66, in which two adventurous nomads explore America. The show’s most lasting contribution to pop culture, though, was enshrining the Corvette as a symbol of speed, freedom, and cool. “As a little guy that was pretty neat stuff to watch,” Mancuso says.

From there it was on to neglecting studies in grade school and drawing cars instead. Then, working with his father at the family’s Skokie Chevrolet dealership in the early 70s, to racing Corvettes, himself, in that decade. Long an aficionado and collector, Mancuso is now a documented eyewitness to racing history.

Forty two years later he is hard pressed to say what, exactly, beyond a relatively short-lived TV series in the early ’60s, captured his imagination and fired his passion for Corvettes. “Some things just get your emotions stirred up,” he says. “Corvettes have always been a source of connection for myself and my family and racing history.”

And when asked which of the 60-odd Corvettes he has owned over the years he would call a favorite, Mancuso quotes Enzo Ferrari when he was asked that question about his own namesake line of cars.

Mancuso smiles slyly and answers, “The next one.”