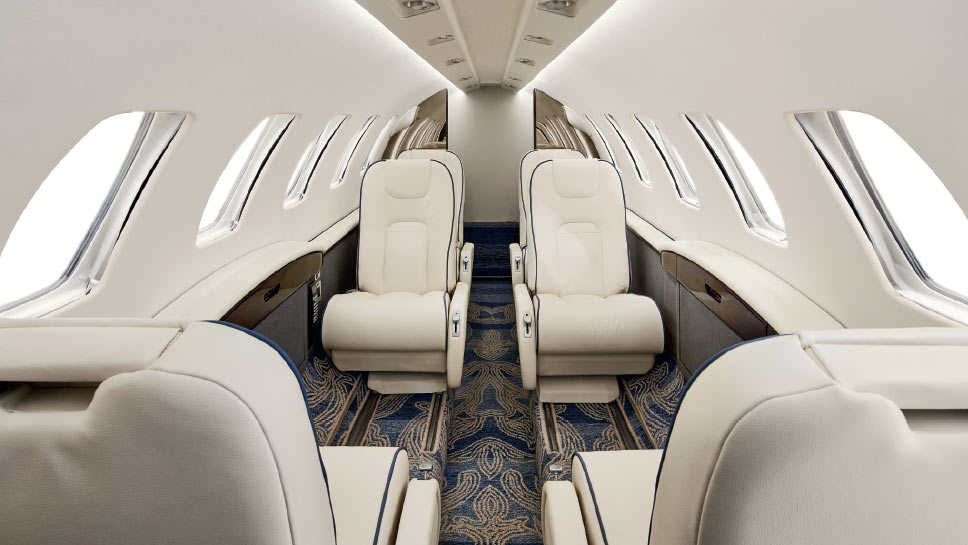 One of interior designer Frank Ponterio’s clients is an avid golf fan. The client bought a used private jet, a Cessna Citation CJ2+, earlier this year, with the hope of flying it to Augusta, Georgia for the Masters Tournament in early April.

But the interior of the bird bothered the birdie-loving client.

“It was just tired inside,” Ponterio says of why the client sought the services of the Lake Forest- and Chicago-based Frank Ponterio Interior Design firm to completely refurbish the jet’s inside.

It didn’t matter that Ponterio—a high-profile residential and commercial designer since 1994 (when he was 23 and set up his initial shop at a slightly-bigger-than-a-nook studio in Market Square)—had never undertaken such a project. He and the client are close, and Ponterio relished the new challenge. 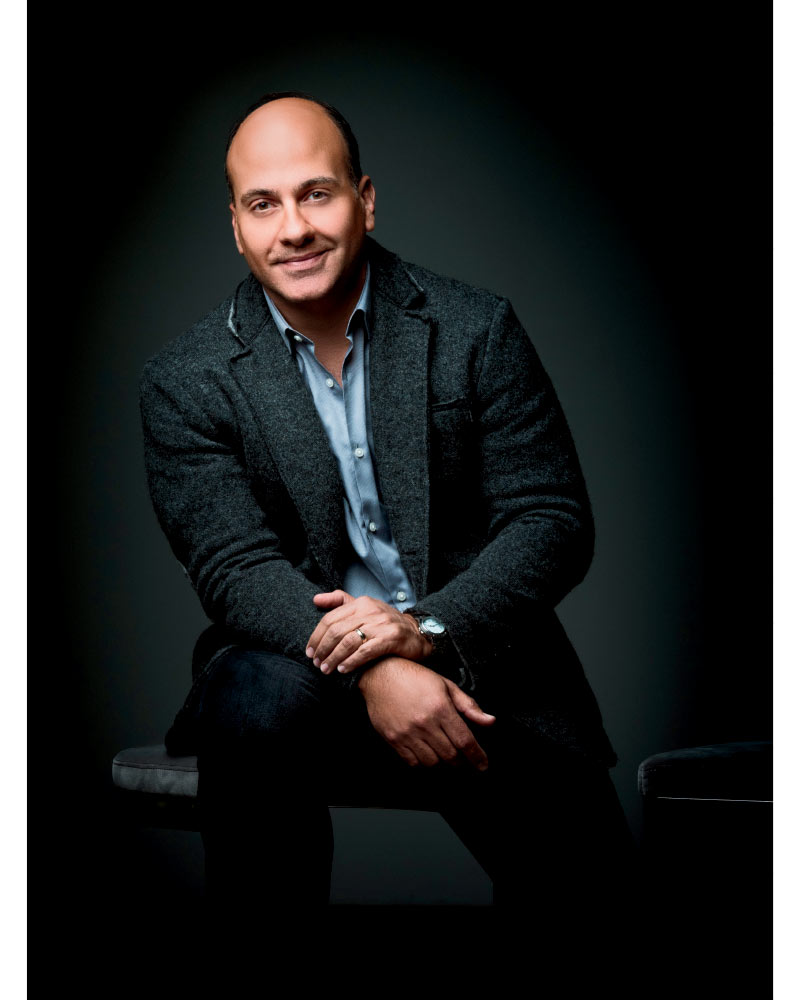 “He told me, ‘I want you to make it look smart, fresh; clean it up,’ ” Ponterio recalls. “Then he added, ‘Have at it.’ We took it down to the fuselage, enhancing the entire interior of the jet. Right away we learned what we could do and what we couldn’t do. FAA regulations are in place, from weight to flammability testing to other things.”

The client was thrilled with the jet makeover.

Ponterio’s firm, in golf parlance, had aced it.

“My whole team was excited to do it,” says Ponterio, who often works from his company’s studio on the compound of his David Adler-designed home in Lake Forest. “It came out the way we wanted. Everybody in the office saw it come together. Everybody enjoyed riding the great momentum we had established from the start.”

The cabin of a Cessna Citation CJ2+ seats six comfortably, “though you could cram two more people in there,” Ponterio says. The jet’s limited space added to the project’s degree of difficulty. 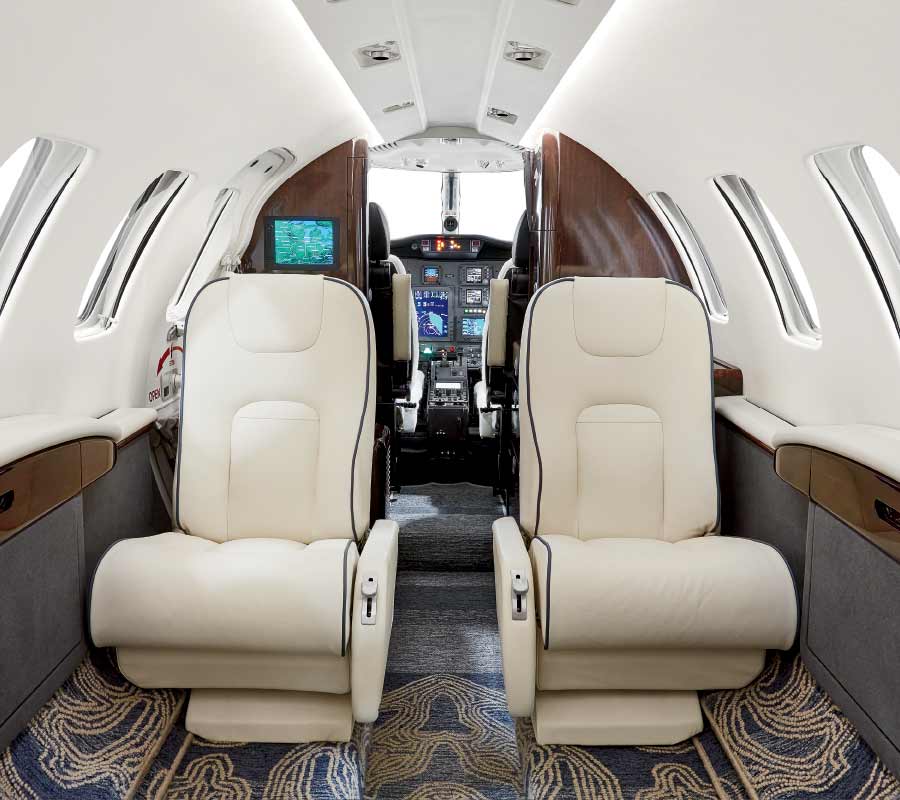 “It’s a small space,” Ponterio says. “A passenger notices everything. Your audience in a private jet is a captive one. That’s why, as a designer, you have to pay attention to every detail.”

The wool used for the carpet was custom-dyed. The seats feature mostly soft, creamy-white leather, with segments of blue leather to make each piece pop. Chicago-based HOLLY HUNT provided the striking fabric. A blue-gray motif covers the lower-side walls of the cabin, and the jet now contains a high-gloss, mahogany millwork.

All the sprucing up took place in a hangar at a downstate aviation company.

Word of Frank Ponterio Interior Design’s fine jet work reached ears. His firm, Frank says, already is in conversation with another jet owner who is interested in renovating his aircraft’s passenger section.

Ponterio was bent on becoming an architect out of high school. The quickest way to get a master’s degree in the field back then, he learned, was to earn a degree in interior design. Interior design and Frank Ponterio went hand in hand—make that, hand-in-handmade materials. His designs on building designs took a backseat to energizing rooms inside buildings.

Another factor that paved the way to his chosen career was his parents’ heritage. Both are from Italy; his mother was raised there.

“Every summer, on weeklong trips, I’d visit family in Italy when I was young,” says Ponterio, a project manager for a construction company for a couple of years before founding his eponymous firm. “I’d see Venice, Florence, Rome. I was exposed to rustic farmhouses.

“Those visits,” he adds, “influenced me greatly.”