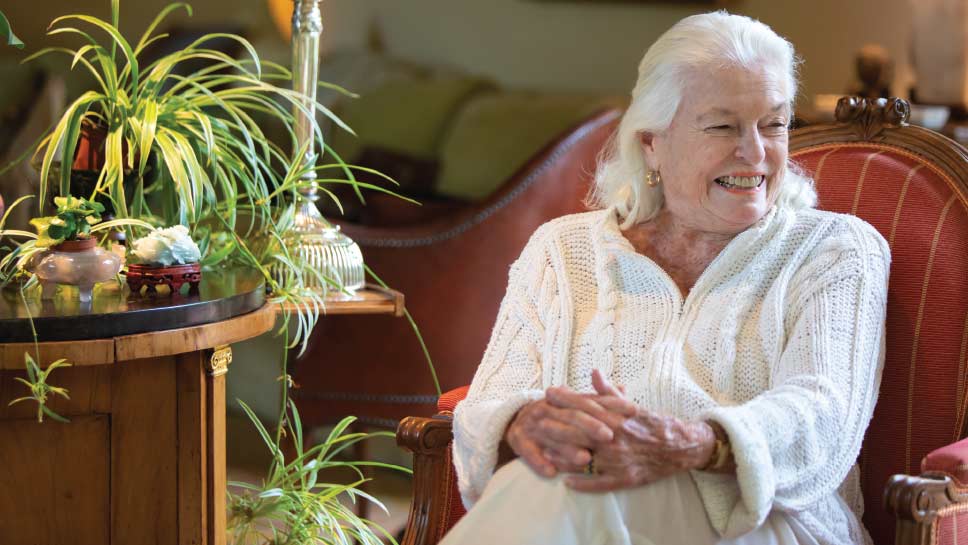 We sit down with the 2018 Local Legend winner Marian Phelps Pawlick of Lake Bluff to talk about philanthropy, conservation, and the art of life. PHOTOGRAPHY BY ROBIN SUBAR

Marian Phelps Pawlick, sitting in her magnificent Lake Bluff home near Crab Tree Farm on an August afternoon, glances at a list of past Local Legends honorees. It had been handed to her. The list includes James Lovell, Adrian Smith, Bill Kurtis, and Ryne Sandberg.

The Lake Forest-Lake Bluff Historical Society selects a Local Legend each year and honors the subject at its signature fundraiser in the fall. “Too good … the company’s too good,” Pawlick says of the famous people on the list. The Local Legends selectee in 2018? 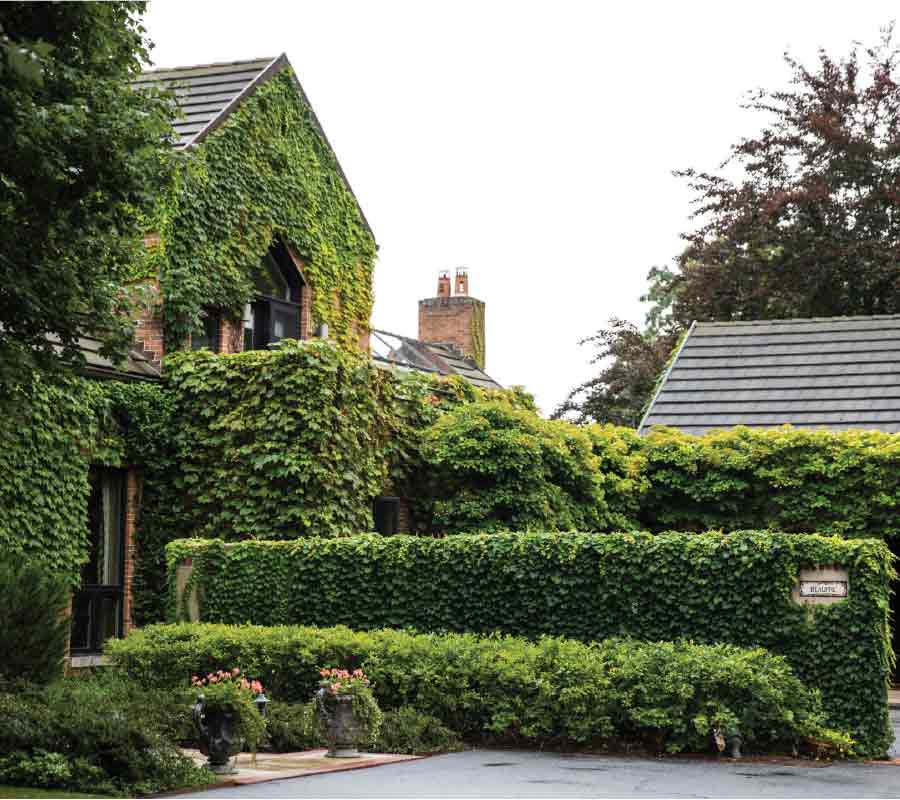 One thing you quickly learn about Pawlick is her reluctance to talk about her own accomplishments. She is quick to turn the light on others, but never herself. But talk to her long-time friends and they will tell you things she won’t—like how she was born and raised in Lake Forest and moved to her house in Lake Bluff 30 years ago. Pawlick also has the distinction of being the first woman to chair the board of the Shedd Aquarium and was instrumental to making it the institution it is today.

But perhaps we will leave those untold details to her interviewer, who is none other than Kurtis, one of Pawlick’s friends. Kurtis will evoke insightful and compelling thoughts from Pawlick at the Local Legends event on November 3 with an engaging Q & A at the historical society’s Hunter Family Education Hall in Lake Forest (509 East Deerpath Road).

“I hope Bill will be nice to me,” a grinning Pawlick cracks. 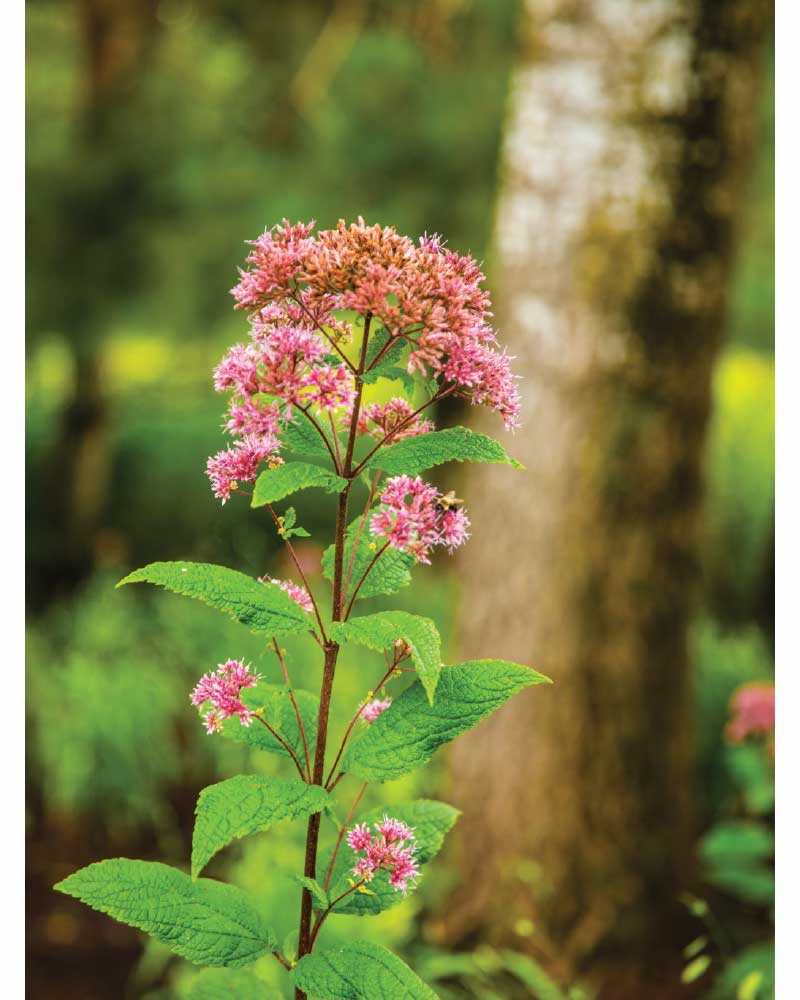 Her tenure as “SCUBA Sal,” no doubt, will surface. That was her byline for a travel publication, for which she wrote up resort reviews from all over the world after passing, on her second try (in California), the SCUBA test. Her last dive as SCUBA Sal took place off a coast of Australia. “I saw whale sharks, huge and gorgeous, and absolutely benign,” she says.

Pawlick and Kurtis—the 2014 Local Legends co-honoree, with wife Donna LaPietra—each has a keen interest in the Abbott Oceanarium at the Shedd Aquarium in Chicago. Completed in 1991, the oceanarium introduced Chicagoans to beluga whales, Pacific white-sided dolphins and sea otters.

Pawlick’s father, Mason Phelps, did all he could to avoid water—water hazards, that is, as an accomplished golfer in the early 20th century. Phelps played golf for Yale University and helped the U.S. Olympic golf team capture the gold medal at the 1904 Summer Games in St. Louis. A native of Chicago’s South Side, he launched Pheoll Manufacturing, a premier fastener distributor in the upper Midwest. The business started in one room, above a saloon on Cicero Avenue.

“My father was an unbelievably talented fellow, a self-made man, with a delightful sense of humor,” says Pawlick, the mother of five, the grandmother of 14, and the great grandmother of four. “He earned scholarships, from grade school all the way to Yale. He assembled several machines into one.”

One of Pawlick’s favorite stories involving her father featured a desperate man during the Great Depression, an attempted robbery, and an inspirational ending.

“My father, near where he worked, was accosted by a man with a gun,” Pawlick begins. “My father had just built his factory. The man said, ‘Give me your money.’ You know how my father replied? “He said, ‘I won’t give you money, but I will give you a job.’”

The man with the gun was a toolmaker. He accepted Mason Phelps’ job offer. He later became a manager … for Mason Phelps’ company.

“I was extremely fortunate, having the parents I had,” Pawlick says, adding her mother, Louise, was “an extraordinary lady” who, on more than one December 25, warmly welcomed friends and local sailors to the Phelps’ Christmas dinner. The table was lengthy enough to seat 16.

“Not one seat was ever empty,” Pawlick says.

And she travels almost as often as people breathe.

She visited Mongolia in mid-August.

Ask her about that trip’s fascinating moments.

Or wait for Bill Kurtis to draw them out of Pawlick at the Local Legends event in early November.

Proceeds from the Local Legends event help the Lake Forest-Lake Bluff Historical Society expand its programs and exhibits and preserve its archives and one-of-a-kind collections. For more information about the annual event, please visit lflbhistory.org or call 847-234-5253.