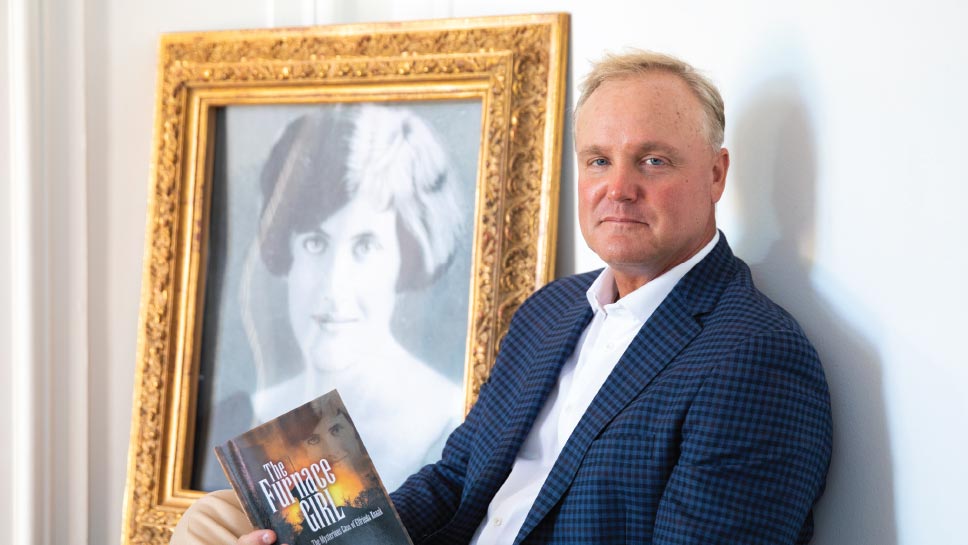 Local historian Kraig Moreland dictates his first novel about the mysterious death of a young woman found in the basement of Lake Bluff’s Village Hall in 1928. PHOTOGRAPHY BY ROBIN SUBAR

On October 29,1928, 30-year-old Elfrieda Knaak was found propped up next to a furnace in the basement of Lake Bluff Village Hall, with burns over more than half of her body. The events that took place in the following two weeks turned the idyllic village upside down as local and county law enforcement officials scrambled to determine what took place and who was responsible.

Ninety years later, the questions surrounding Knaak’s demise are still unanswered. How did she get there? Why was she so badly burned? Who could have committed such a terrible crime? This baffling story became a nationwide media sensation, thrusting the small town of Lake Bluff and its beloved Village Hall onto the front pages of newspapers from New York to Los Angeles.

In his debut novel, The Furnace Girl, Kraig Moreland offers his theory of what really happened to Knaak—as told to and written by long-time friend Toby Jones.

Moreland was inspired to write The Furnace Girl after seeing one of the scenes acted out at the 2008 Ghost Walk. The scene involved the Lake Bluff Orphanage that housed more than 10,000 children from 1894 to 1969. Because of all of the questions asked during this scene, Moreland intuitively knew there was more to the Knaak story that needed to be told. 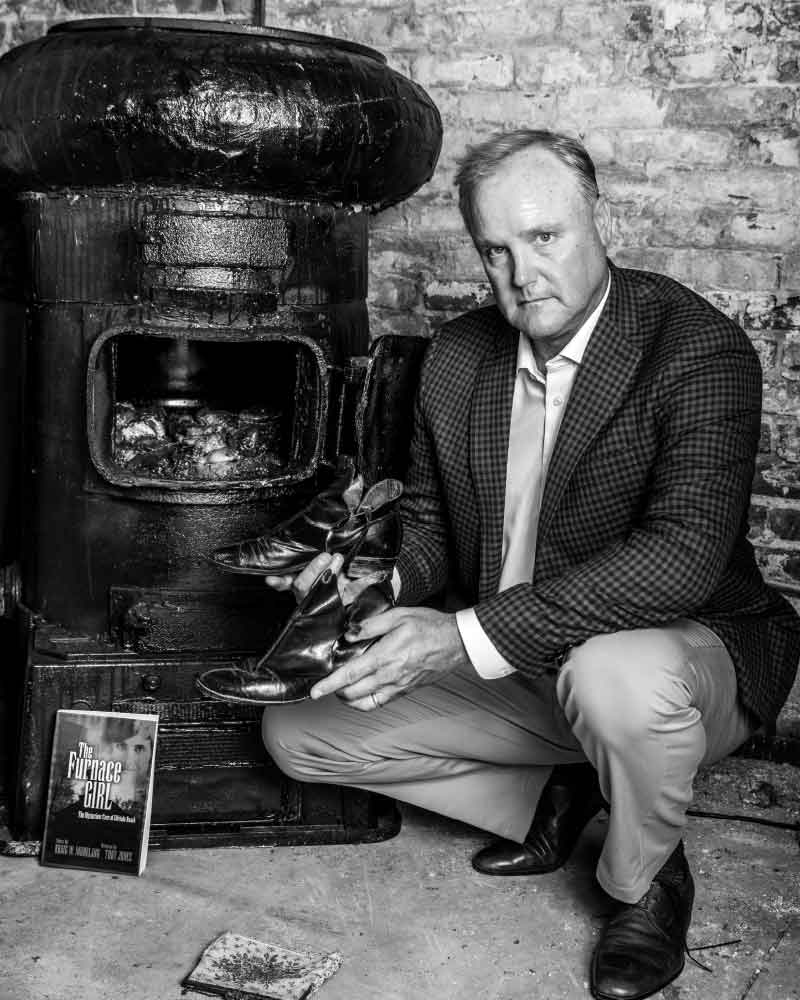 It is a stranger-than-fiction story, told through the eyes of Griff Morgan, a young orphan boy, whose harrowing journey makes him an accidental witness to what still remains one of the most puzzling, unsolved crimes of the early 1900s. In this fictionalized account of the mystery, Griff and his young sister land at the Lake Bluff Orphanage, where they must learn to navigate their new surroundings and face their fears. The 12-year-old Griff stumbles upon unlawful activity throughout the town, from Elfrieda’s illicit relationship with a married man (and prime suspect), to characters so dark that he feels his safety slipping away with every passing day.

“I always knew that there was a good story here,” says Moreland. “But I’ve actually only seen it being told as a movie. Yet before you can have a movie script or a screenplay, you need to have a book. That’s why I reached out to Toby.”

Moreland and Toby Jones met after college when they moved to Lake Bluff and lived in adjacent apartments just a stone’s throw away from Lake Bluff’s Village Hall. “It was important for me to have someone who had a connection to Lake Bluff write the story,” adds Moreland.

Moreland called Jones, a minister living in Michigan, and told him he wanted to enlist his help. “I told Toby to ‘get comfortable’ because I was going to talk for about an hour,” remembers Moreland with a laugh. “The next day I had Chapter One in my inbox.” 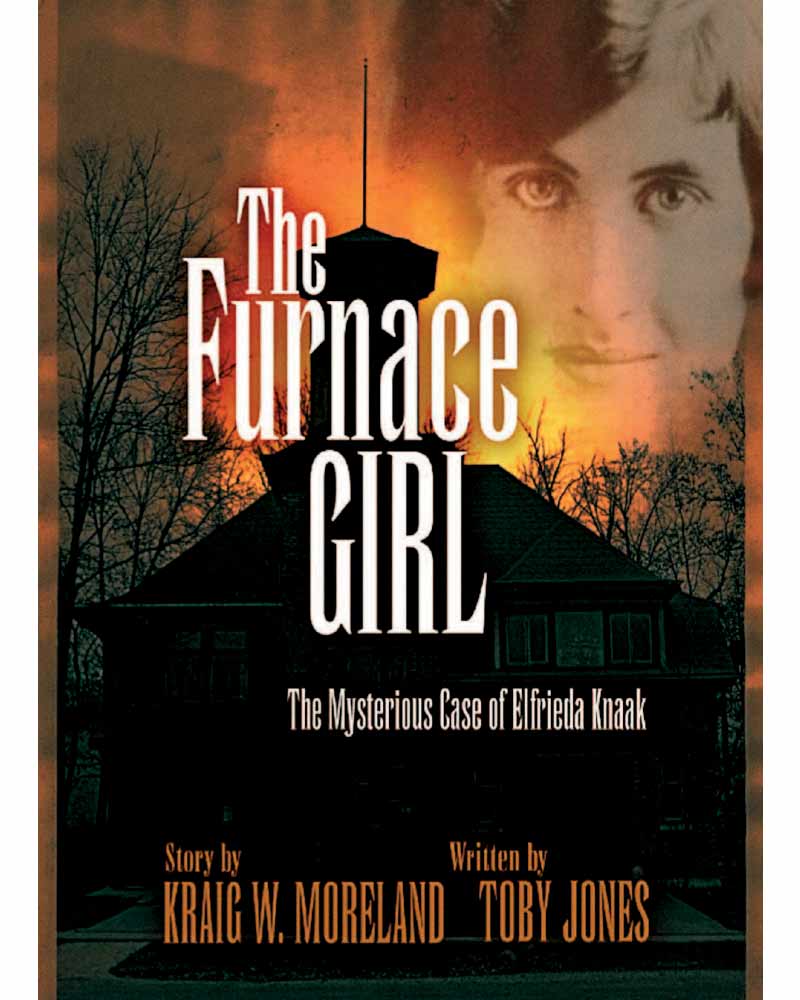 Fast forward three years later and The Furnace Girl is complete. “I have a whole new appreciation for the book-writing process,” says Moreland. “I would send Toby voice recordings as if I were describing a movie scene and then he would email me a draft. We went back-and-forth, bringing in trusted friends to give feedback along the way. It was also really important to me to have photos throughout the book, and that added time to this project as well. Many people are surprised to know that Toby and I only saw each other once in the three years it took to finish the book—and we didn’t even talk about the manuscript then.”

As Moreland looks forward to his book being optioned for a movie, WGN-TV’s Larry Potash will feature the mysterious case surrounding Knaak’s death in a nationally televised primetime show this fall. “We filmed the interviews and even went into the basement of the Village Hall where the furnace once stood,” Moreland says.

Moreland and Jones have also enjoyed the opportunity to share readings from The Furnace Girl at various events. “I am a teacher and an entrepreneur and Toby is a minister,” explains Moreland. “We spend a great deal of our time talking in front of groups of people. We get a lot of energy from it. I actually built a replica of the furnace from the book to scale so that our readers can have an interactive experience that they won’t forget.”