I started writing for Forest & Bluff in 2006, and have continued to be affiliated with this magazine in different ways over the past 12 years. In that time, I’ve had the opportunity to interview and write about many community icons—from celebrities, athletes, best-selling authors, and successful entrepreneurs to philanthropists, nonprofit organizations, historic landmarks, and annual events that make up the fabric of life in Lake Forest and Lake Bluff.

Front of mind for me is the now retired and decorated NASA astronaut Captain James Lovell, who I interviewed in person recently for our cover story appearing in this very issue. I admit to being a bit nervous prior to meeting with him, but there wasn’t any need. I felt like I was sitting down with a dear old friend as he relived moments from NASA and shared why he chose Lake Forest for his family’s home. In “The Measure of a Man,” in 2010, I wrote about another American hero and WWII veteran, Chuck Gudbrandsen, who served proudly and modestly as a member of the Screaming Eagles of the 101st Airborn. He has since passed away, but I can guarantee that all who knew him would agree that he was a very special man and icon. 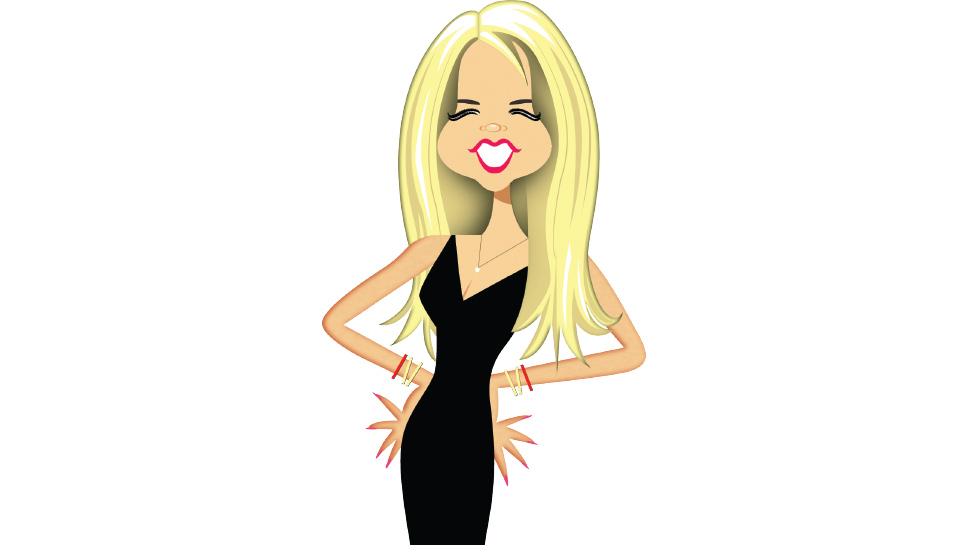 As Forest & Bluff celebrates the anniversary of its 200th issue, a veteran editor and contributor recalls some favorite features. ILLUSTRATION BY ROBERT RISKO

Then there are many local historic landmarks and organizations—which have helped shape and define the character of Lake Forest and Lake Bluff—that I would call iconic after researching and writing about, including: Lake Forest Open Lands, CROYA (Committee Representing Our Young Adults), Bernie’s Book Bank, Gorton Community Center, Mother’s Trust Foundation, the Gazebo in Lake Bluff, the Girl with Baby on Shoulder fountain sculpture in Market Square—the list goes on. I’ve also had the privilege of walking the halls and writing about many local iconic homes built by legendary architects like Howard Van Doren Shaw, David Adler, Frank Lloyd Wright, and more, who made their mark on the historic beauty of our bucolic neighborhoods and lakefront.

Writing about the occasional local celebrity has always been a treat and a bit of a thrill for me: WGN morning newscaster Larry Potash of Lake Forest, bestselling authors Sandra Dallas (of Lake Bluff) and Lisa See, legendary journalist Bill Kurtis, Kimberly Bryant of Lake Bluff (realty TV star on the first season of The Real Housewives of Orange County), former State Senator and Lake Forester Susan Garrett, radio personalities, including “Big John” Howell, Phil “Doc” Duncan, and Jennifer “Jen” Stephens, and actor Robert Redford, who directed the film Ordinary People in the Lake Forest area in the late 1970s, and who came through town very recently to receive an award from the Smith Nature Symposium.

And let’s not forget about iconic events around Lake Forest and Lake Bluff, which help us celebrate holidays and mark the passage of time and changing of seasons: Lake Forest Open Lands Association’s Bagpipes & Bonfire (gracing our cover several times); Halloween in Lake Buff; the annual tree lighting in Market Square; the Lake Bluff 4th of July Parade; and Festival & Fireworks in Lake Forest.

You can count on the fact that is someone or something important is happening around our community, Forest & Bluff will get the scoop, write an article, and deliver it right to your mailbox each month. I feel privileged to have been a part of telling these stories for all these years.